Chief Minister Basavaraj Bommai explained that 8 Linagayats, 7 Vokkaligas, 7 OBCs, 3 Dalits, 1 Scheduled Caste, 1 Reddy will be in the cabinet and one berth is given to woman
FPJ Web Desk 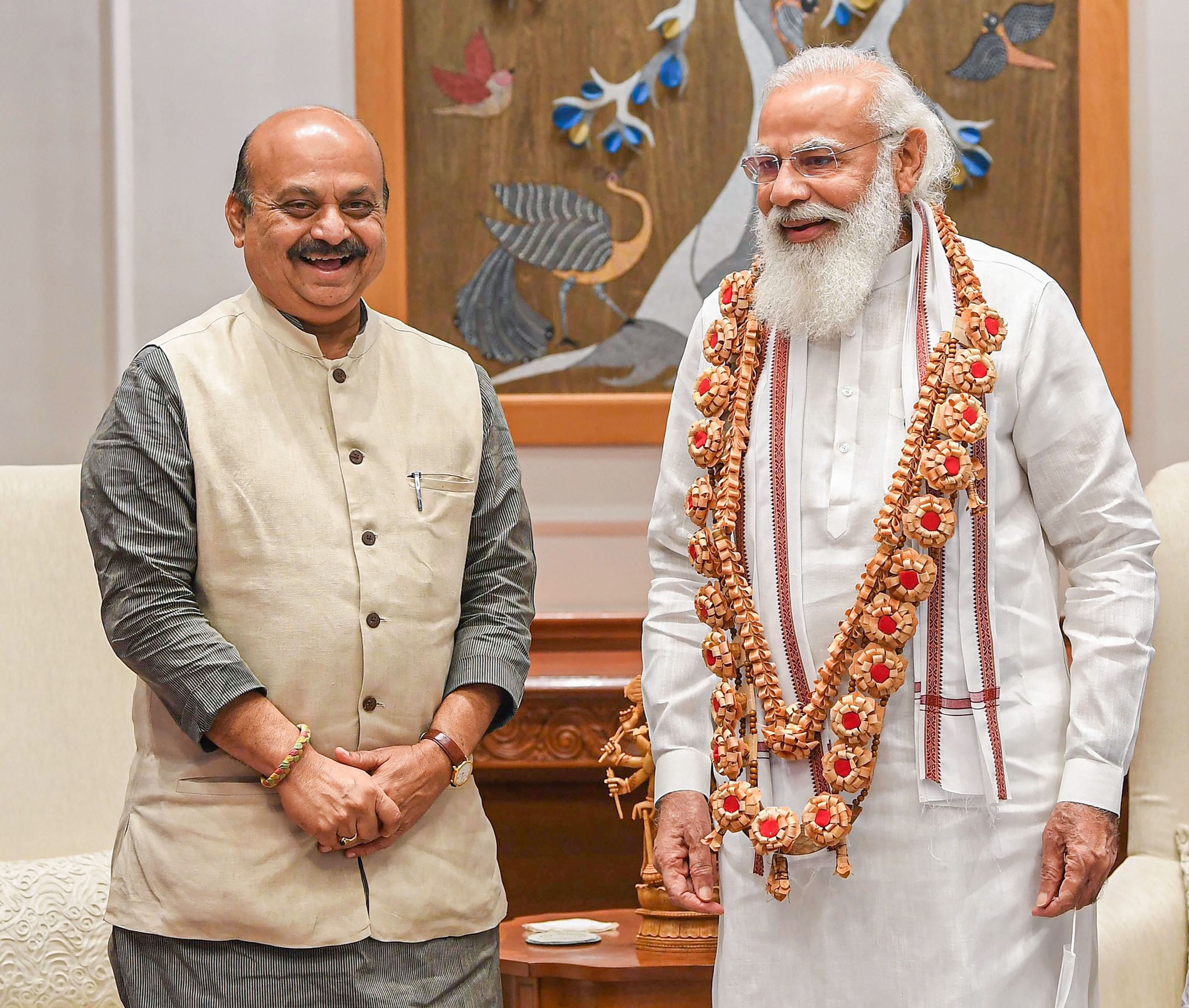 Bengaluru: Karnataka Chief Minister Basavaraj Bommai announced that 29 cabinet ministers will take oath in the Glass House of Raj Bhavan on Wednesday afternoon. Bommai addressed the press conference from Vidhana Soudha along with the state in charge Arun Singh and maintained that his cabinet would be a mixture of experience and enthusiasm.

He explained that 8 Linagayats, 7 Vokkaligas, 7 OBCs, 3 Dalits, 1 Scheduled Caste, 1 Reddy will be in the cabinet and one berth is given to women. He further informed that there will be no deputy chief minister in the council of ministers this time. He further stated that, former chief minister B.S. Yediyurappa's son B.Y. Vijayendra's name is not on the list. He added that the list of 29 MLAs, who will take oath today, has been sent to Karnataka Governor Thawar Chand Gehlot.

"Party President J.P. Nadda, state in-charge Arun Singh and I have personally conveyed the message to Yediyurappa Ji," he stated.

The new cabinet is formed after a detailed discussion. "I have discussed in detail with party President and later, it was further discussed by top brass. There was no question of coming under pressure," he said.

Karnataka Minister R Ashok revealed that the party high command has decided not to appoint a deputy chief minister. "I did not demand anything from the party high command. I'm comfortable in the ministry. I'm confident of the CM and will take whatever portfolio will be allocated," he added.

Meanwhile Minister CC Patil said that whenever there's cabinet expansion, every MLA wants to be included in the cabinet. "Party high command is capable of taking right decision & I believe high command will have balanced cabinet & will move forward taking everyone together," he added.