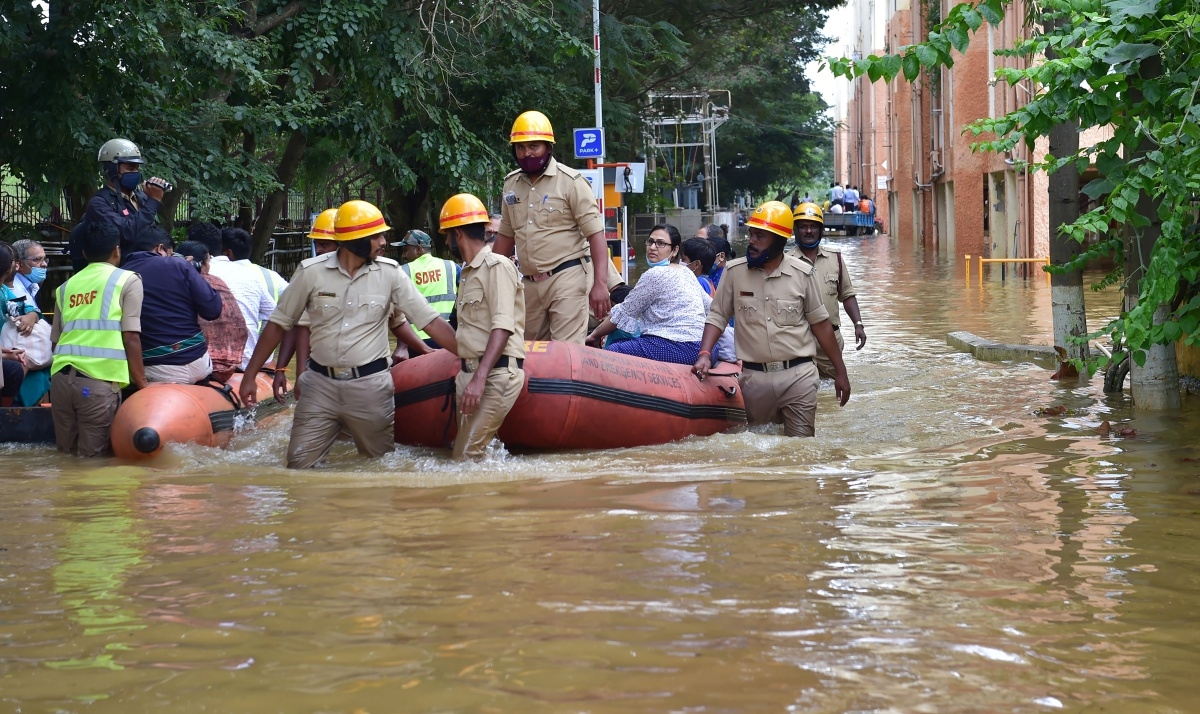 National Disaster Response Force (NDRF) during a evacuation operation of the residents of Kendriya Vihar from a flooded area due to overnight rain and a breach of the adjacent Yelhanaka lake wall, in Bengaluru, Monday, Nov. 22, 2021 | PTI

Bengaluru: As rains continued to pound Bengaluru, four lakes aggressively reclaimed part of their shores as the waters stormed into roads and the IT hub of Manyata Embassy Business Park, popularly known as Manyata Tech Park, had to log out even as parts of the city came to a grinding halt. The Yelahanka, Allalasandra, Jakkur and Singapura lakes, once massive water bodies and now just rundown versions in north Bengaluru, broke their banks flooding adjacent residential pockets.

Chief Minister Basavaraj Bommai Tuesday rushed to the Manyata Tech Park, one of the largest technological hubs of the city which has turned into a lake following incessant rain. "I found after coming here that the rain water is flowing in reverse into the campus instead of going out. The storm water drain is also overflowing. I have asked the tech park management to get things fixed inside the campus and we will take care of repairs and measures to be taken outside the campus," he said.

The Tech Park, located close to the Nagawara Lake on Outer Ring Road, is said to be built on the storm water drain of Hebbal valley in violation of the laws.

The BBMP (Civic Body) had complained in vain against the Tech Park for diverting the natural flow of water and encroaching on an open drain. The Manyata Tech Park is one among the important software hubs of Bengaluru spread over 300 acres.

Bommai also visited the inundated campus of the Jawaharlal Nehru Centre for Advanced Scientific Research (JNCASR) here. Labs, the library and other buildings of the premier research institute have been totally waterlogged, while machinery and equipment worth crores have been affected. The campus and the building has been completely waterlogged due to continuous rains in the city. Employees at the JNCASR said that precious samples collected from across the country have been destroyed.

Just a few kilometres away, the Kendriya Vihar in Yelahanka, which houses families of hundreds of central government employees, was fully flooded, as the nearby Yelahanka Lake overflowed. The apartment complex had water up to four feet.

“The building has about 603 flats. Most of the people residing here are senior citizens and they needed our help as the lifts weren’t functioning due to power failure. We had to use inflatable boats to rescue them and managed to bring out close to 200 people from the apartment,” Rajendran SV, division warden, civil defence, Yelahanka, was quoted in the media.

According to the Karnataka State Natural Disaster Management Authority Commissioner Manoj Rajan, the state received an average of 129 mm rainfall in November, which was a deviation of 271% from the average rainfall in the month. The data shared by him showed that coastal Karnataka received 228 mm, south interior Karnataka — 186% and Malnad region — 174 mm.

From November 1 to 21, 24 people lost their lives, 658 houses were completely destroyed and 8,495 houses were partially damaged and nearly 200 animals died. Crops in 3,79,501 hectares and vegetables and fruits grown in 30,114 hectares were damaged due to the recent spell of rain, sending vegetable prices soaring in neighbouring states.

Experts blame poor urban planning and the construction of buildings on valleys and lake beds for the current mess in Bengaluru. 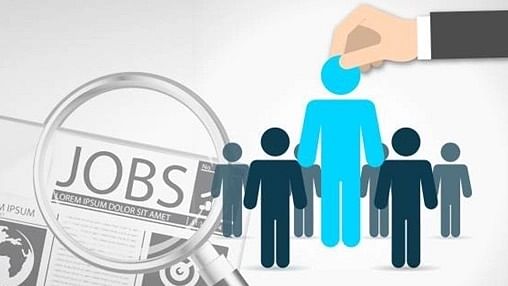 UST to expand workforce; hire 6,000 employees for Bengaluru centre by 2023