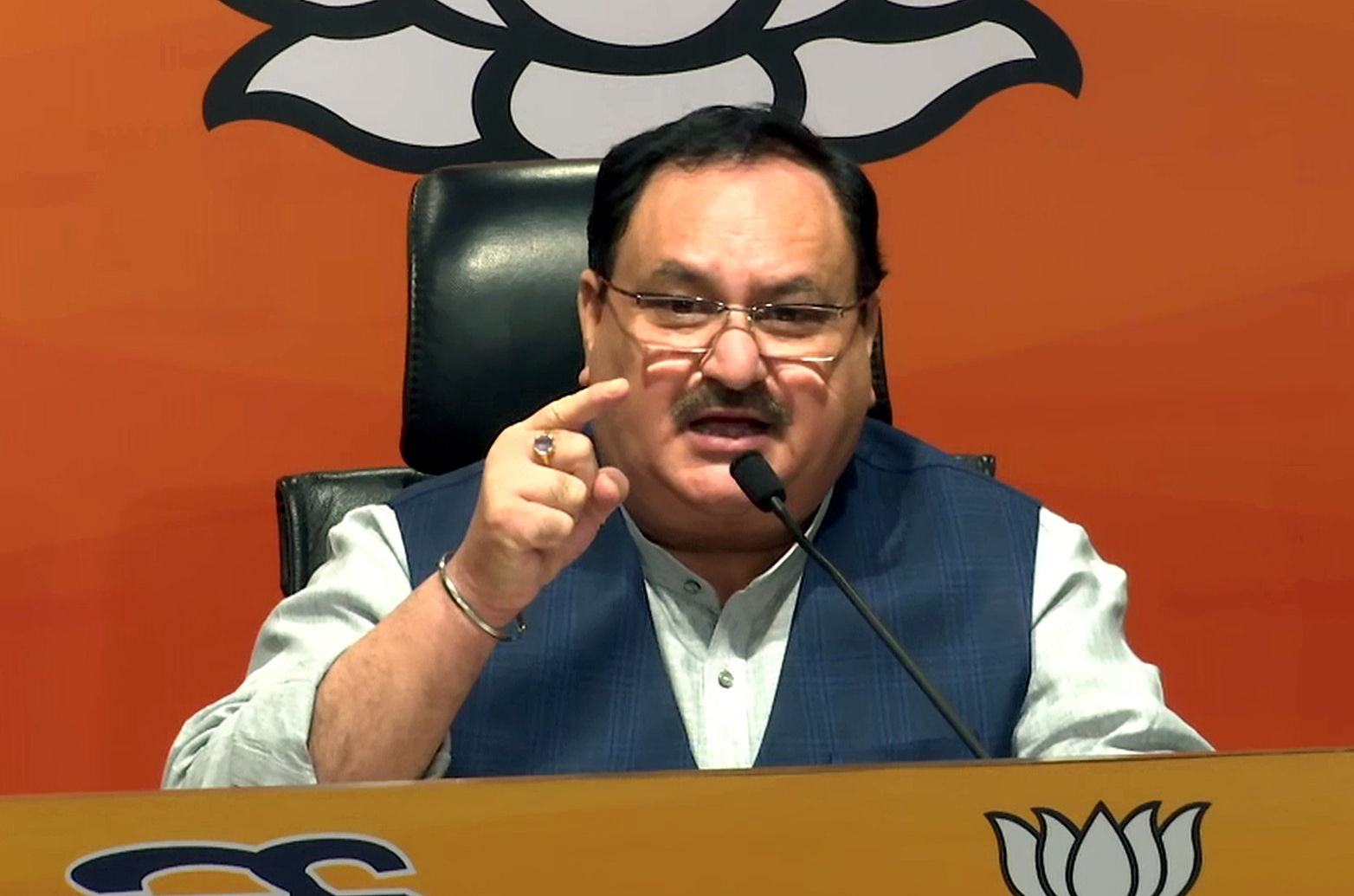 Intensifying his attack on the Congress, BJP president J P Nadda has asked the Congress party 10 questions, including about alleged links between the Rajiv Gandhi Foundation and China, and said that his party will leave no stone unturned in "exposing double-faced politicians".

"I want to tell Sonia Gandhi that under the garb of China and COVID-19 crisis, one should not shy away from answering the questions the nation wants to know... It's a shame. It's a sacrifice of national interest by accepting money from foreign powers in personal trusts," Nadda told reporters while attacking the Congress president.

Asking 10 pointed questions to Gandhi, Nadda started with, "The nation of 130 crore people wants to know about the deeds done by the Gandhi family, what work you did while in governance and how you betrayed the people." Nadda alleged cast insinuation while he went on using, "What was the need to be a part of RCEP? How did India's trade deficit with China rise from $1.1 billion to $36.2 billion?"

Here are the 10 questions J P Nadda has asked Congress:

1. Why did Rajiv Gandhi Foundation (RGF), headed by Sonia Gandhi, accept money from the Chinese government and Chinese Embassy? Isn't it a shame, sacrificing national interest by accepting money from foreign powers for personal trusts?

2. Why did the Congress weaken India's economic position by the East-Asia FTA? Was this the quid pro quo for accepting Chinese money by RGF?

3. What is the exact relationship between INC and the Communist Party of China and what are the signed and unsigned terms of their MoU?

4. Sonia Gandhi must answer how much influence and infiltration of Chinese agencies happened in India via the RGF?

5. Why did PMNRF divert money every year from 2005 to 2008 to RGF? Did they feel no shame siphoning off people's hard-earned money?

6. RGF took hefty donations and rewarded heavy contracts to corporates but always indulged in pro-poor rhetoric. Why were so many deals given as quid pro quo?

7. Why was a Congress man's (Rameshwar Thakur) company auditing PMNRF?

8. How did RGF get Jawahar Bhawan, worth crores, as its office on perpetual lease? It has regularly received donations from the government and ministries, but refuses to be audited by the CAF or come under RTI ambit. Why?

9. Why did RGF in turn donate money to Rajiv Gandhi Charitable Trust controlled by the family and Christian Missionary organizations like World Vision?

10. Mehul Choksi was a donor for the RGF. Sonia Gandhi must answer that how the Congress helped the fugitive get loans and then blame honorable PM Modi for it?