Farmers and youth of the border area here started the march on Tuesday and wore banners and posters around their neck, with a charter of demands.
ANI 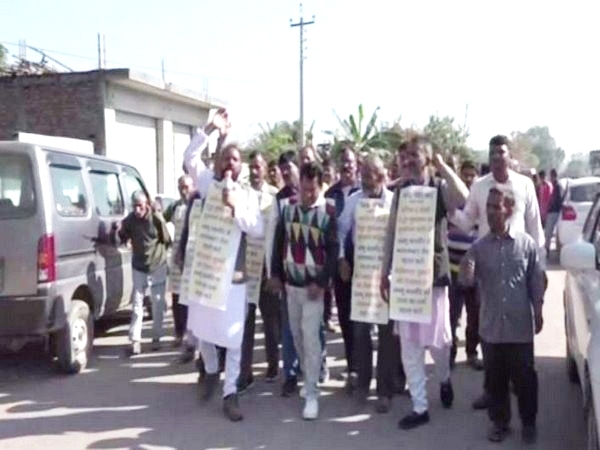 Farmers and youth of the border area here started the march on Tuesday and wore banners and posters around their neck, with a charter of demands. The march will be concluded on Thursday. "We have four main demands. First is that the farmers who have suffered losses due to recent rain and hailstorm should be provided with compensation.

Second, internet services should be retrieved. The third demand is that Jammu and Kashmir should be given the status of a state again," said Kandely.

"Our fourth demand is that all unemployed people should be provided with government jobs. Residents of the border area here are already very disturbed," he added.

Govind Ram, a farmer told ANI that mainly, two of the farmers' crops have been destroyed here one is wheat and other is paddy, recently but they have not been provided with any compensation so far.

"The government should encourage us to keep the farmers and agriculture alive. Agriculture should be given the status of mini-industry based on this, the farmers should also be provided with subsidies," said Ram.

"The youth here have not provided with any benefits even after the reservation. I request the central government to properly implement the reservation of these people and they should further be given employment opportunities," said Ram Paul, a farmer.

The protest march started from Koreopunnu led by Kandley and it was joined by numbers of farmers and youth of the border area. They raised slogans in support of their demands.