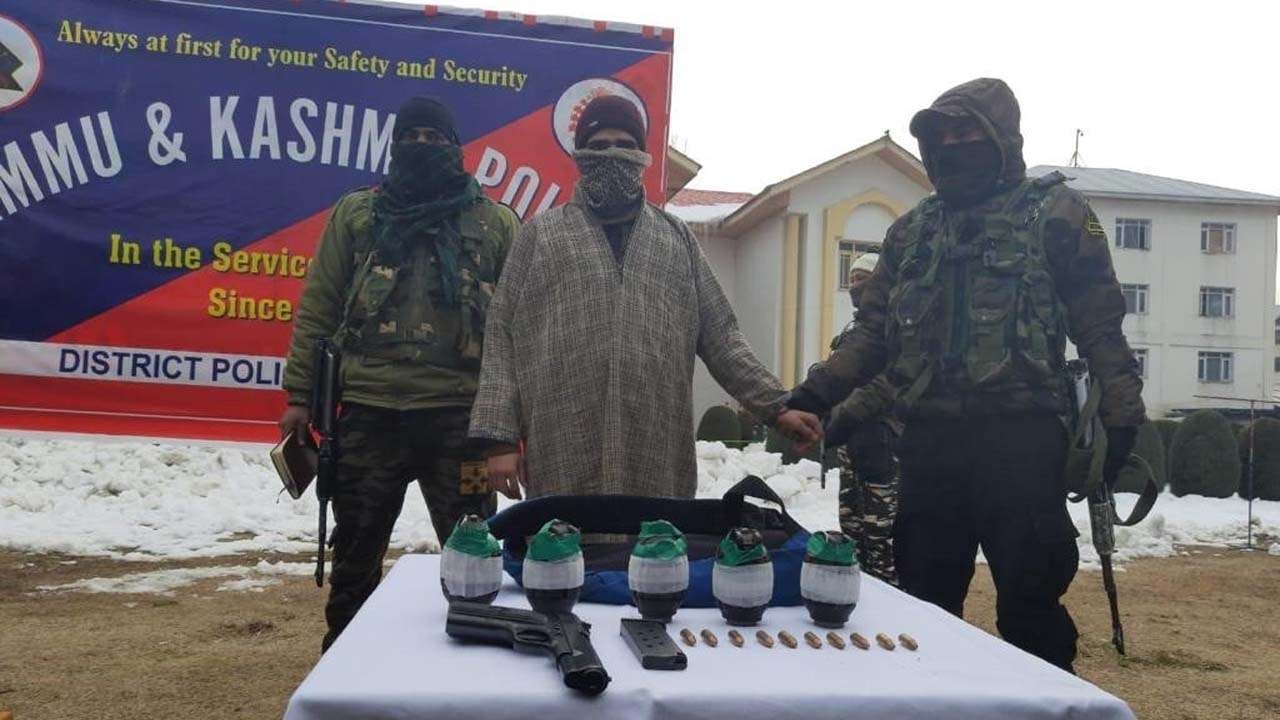 Six militant associates of Lashkar-e-Taiba (LeT) were arrested from Sopore and Bandipora areas of Jammu and Kashmir this week and arms and ammunition were recovered from their possession, police said on Saturday.

Three of them were arrested on Tuesday at a checkpoint in Bomai area of Sopore in north Kashmir's Baramulla district, a police spokesperson said.

Security forces deployed at Chinar crossing apprehended three alleged militants when they noticed them roaming in a suspicious manner and who tried to flee when they were to stop, the spokesperson said.

The three accused were identified as Arafat Majeed Dar, a resident of Harwan Sopore, and Tauseef Ahmed Dar and Momin Nazir Khan, both residents of Arampora Sopore.

Khan is presently living in Natipora Srinagar, said the spokesperson.

Two pistols, two pistol magazines, 13 pistol rounds, and a hand grenade were recovered from their possession. According to the preliminary investigation, the accused were engaged in providing logistical and other material support to the terrorists.

They were booked under relevant sections of the law and were shifted to a police station where they remain in custody, he said.

In another incident, police in Bandipora arrested three alleged associates of the LeT acting on intelligence gathered about their movement.

The arrested men were identified as Ghulam Mohammad and Irshad Hussain, both residents of Ashtangoo Bandipora, and Ashiq Hussain, a resident of Sopore.

Arms and ammunition were recovered from their possession too, the spokesperson said.

Police said the accused were working to expand the terrorist activities of the proscribed terror outfit, especially for foreign terrorists, by providing them logistical and other material support including mobile phones and SIM cards.

One of them is a former terrorist and his anti-national activities have recycled many times during past. Further investigation is going on, the spokesperson said. In Photos: Minimum temp settles below freezing point in Kashmir