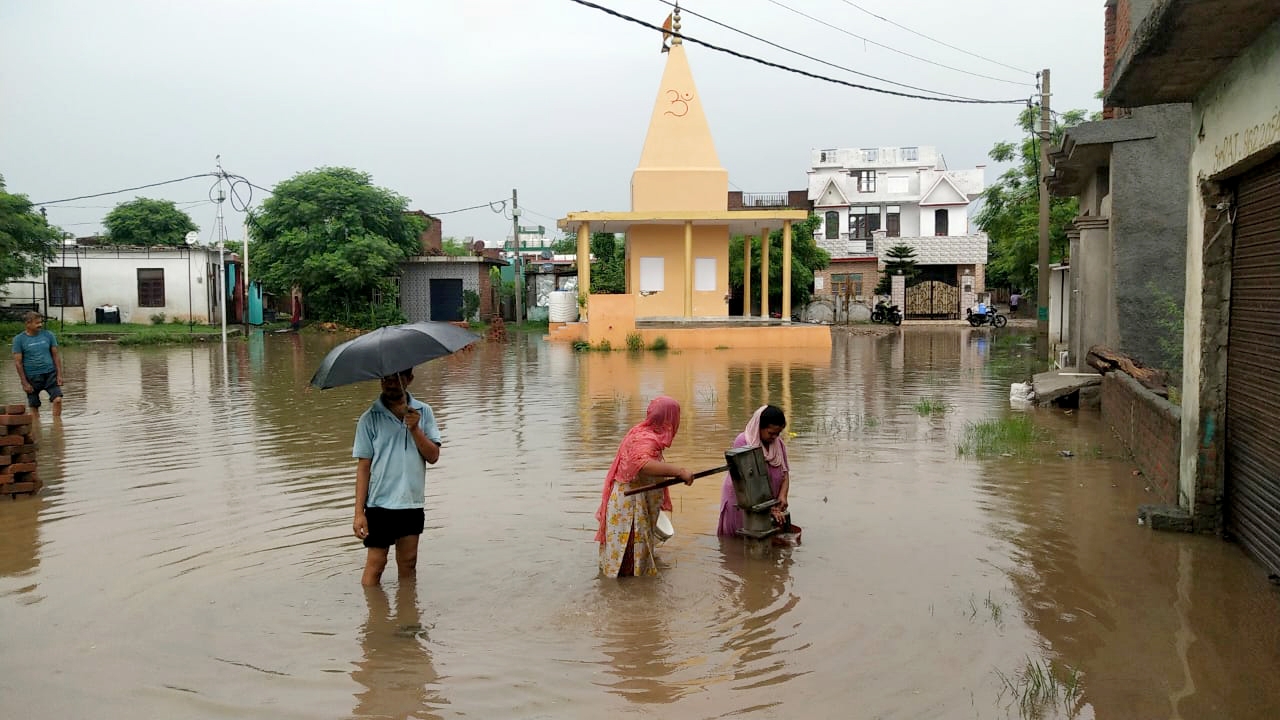 Jammu: Five bodies were recovered on Wednesday after some houses were swept away by flash floods triggered by a cloudburst in a remote village in Kishtwar district of Jammu and Kashmir, a senior official said.

Over 25 people are reported missing in the cloudburst which struck Honzar village in Dacchan tehsil around 4.30 am, officials said, adding a joint rescue operation by police, army and State Disaster Response Force (SDRF) is underway.

He said a total of six houses were swept away by the flash floods triggered by the cloudburst and a search and rescue operation was on when last reports were received.

Director General of Police-cum-Commandant General Home Guard, Civil Defence and SDRF, V K Singh, said two women are among the five persons killed in the cloudburst, while over 25 others are still missing.

"One of our SDRF teams from Kishtwar reached the affected village and two more teams are on their way from Doda and Udhampur districts. Two more SDRF teams are waiting for weather to improve to get airlifted from Jammu and Srinagar to the scene and join the rescue mission," Singh said.

He said six houses and a ration store were damaged by the cloudburst.

The district development commissioner, Kishtwar, said two more cloudbursts struck remote Lambard area overnight but there was no report of any loss of life.

"There is some damage to infrastructure but exact details are awaited," Sharma said.

He said 60 families were evacuated to safety from the Paddar area in view of incessant rains which posed a threat to their homes.

Most parts of the Jammu region have been receiving heavy rains for the past few days. With the prediction of more rains till July-end, authorities in Kishtwar have already asked people living along water bodies and slide-prone areas to remain vigilant.

"The meteorological department has predicted heavy rains during the upcoming days and water levels in rivers and drains are expected to rise, which can pose a threat to the inhabitants residing near rivers, drains, water bodies and slide-prone areas," the district administration said in an advisory issued late on Tuesday night.