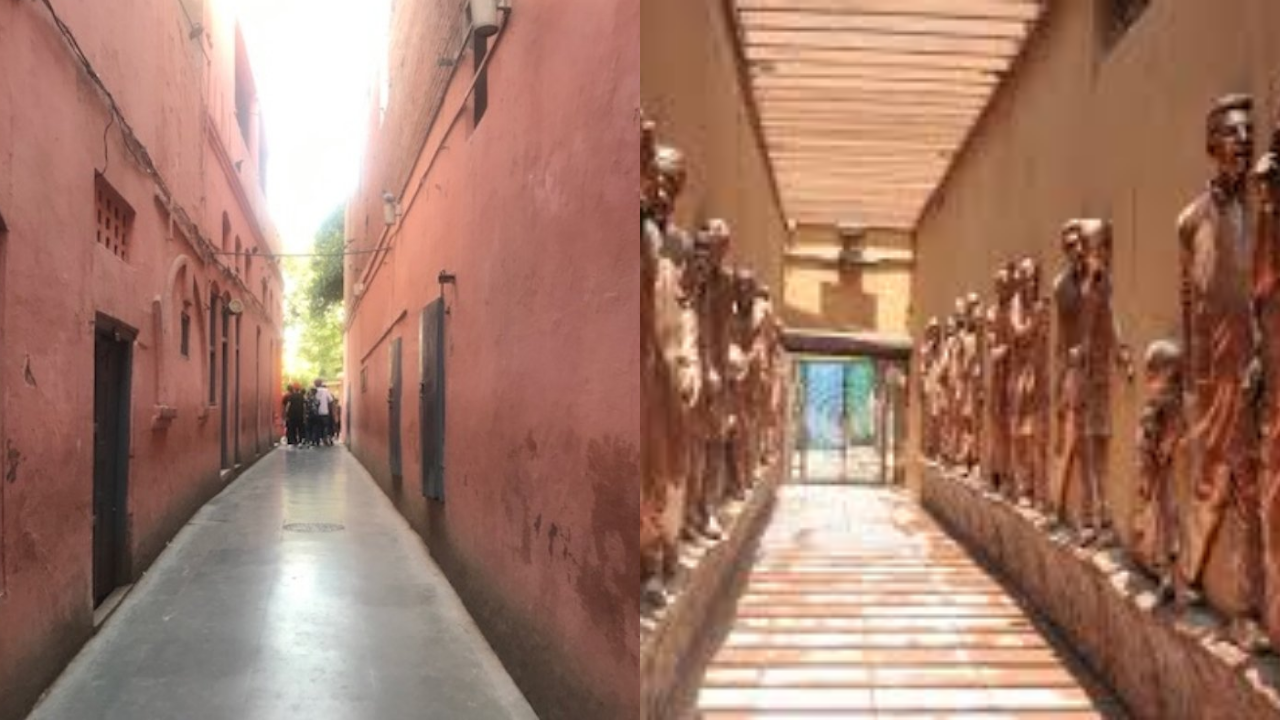 New Delhi: Amid allegations of the Centre "glamourising" the Jallianwala Bagh complex, the Culture Ministry said that the complex has been restored by the Archaeological Survey of India (ASI), the agency that has restored World Heritage sites in the country, to conserve it for posterity. It also said a poignant soundtrack has been chosen as part of the sound and light show describing the event on the day of the massacre.

Prime Minister Narendra Modi recently inaugurated four new galleries and opened the renovated memorial virtually, a year-and-a-half after it was closed for the revamp. The well into which the people jumped when forces led by General Reginald Dyer opened fire on them has been covered with a transparent barrier. The narrow entrance has been adorned with sculptures. A daily sound and light show explaining the events has been started.

Ministry of Culture Secretary Raghvendra Singh argued the complex was in dire need of conservation. "It has been restored by the Archaeological Survey of India which is the agency that restored World Heritage sites in the country. Instead of letting a derelict structure to fall, we have restored it to conserve it for posterity,” he said, but refused to comment on the political storm brewing over the restoration.

On the criticism over the light and sound show, Singh said that the show existed but it became defunct over time. "The soundtrack is so poignant. It has been very sensitively done and is informative as well. Anyone coming to this place will leave better informed. The galleries too have been improved, technology has been improved to bring out the poignancy of the killings of innocents and how the incident influenced other brave hearts," said Singh.

He said the work has been done with "utmost respect". Slamming the revamp, Congress leader Rahul Gandhi had said only a person who does not know the "meaning of martyrdom can inflict such an insult on the martyrs of Jallianwala Bagh".