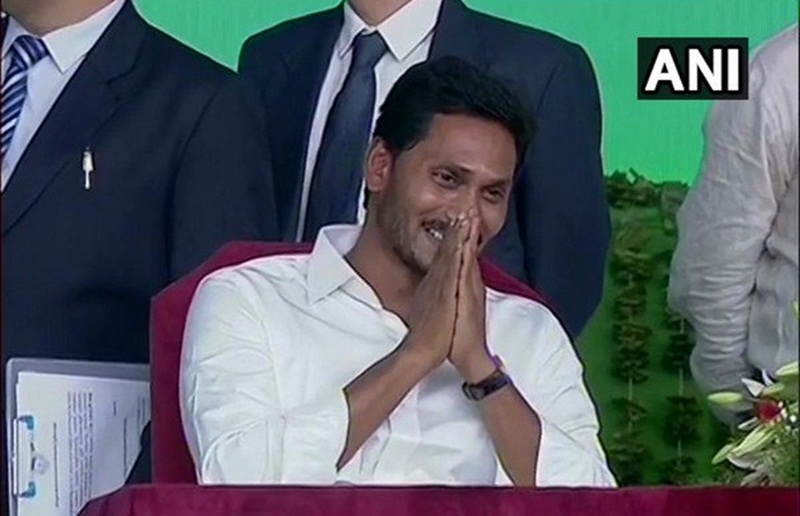 Jagan entered the stadium in an open jeep with folded hands thanking people. Born on December 21, 1972, Reddy is the son of former Andhra Pradesh Chief Minister YS Rajasekhara Reddy. He was earlier a Member of Parliament from Kadapa Lok Sabha constituency.

The YSRCP got an absolute majority in the 175-member Assembly, ousting N Chandrababu Naidu-led Telugu Desam Party (TDP) from power in the state. The party won 151 seats, whereas TDP’s strength was drastically reduced from 102 in the 2014 Assembly elections to a mere 23.

In the Lok Sabha, YSRCP bagged 22 seats out of the state’s 25 with rest three going to the TDP. Taking a jibe at Naidu, Reddy recently said, “The fate of Chandrababu Naidu proves that God will punish those who act without justice. Chandrababu had purchased and grabbed 23 MLAs and 3 MPs of YSRCP in 2014. But now in 2019, his party TDP is left with 23 MLAs and 3 MPs. God alone can write such great script and do such a wonderful poetic justice.” Telangana Chief Minister K Chandrasekhara Rao and DMK president MK Stalin were present at the swearing-in ceremony.