A total of 14 injured in the incident have been evacuated till now.

Uttarkashi: Eight more mountaineers, who were trapped in an avalanche at Draupadi Ka Danda-II mountain peak in Uttarakhand were airlifted to the Indo-Tibetan Border Police (ITBP) on Wednesday.

A total of 14 injured in the incident have been evacuated till now.

The mountaineers, who were rescued reached Matli in Uttarkashi today where they are being provided with first aid treatment. These people were evacuated via chopper to the 12th Battalion ITBP in Matli, Uttarkashi.

The first team of ITBP personnel reached the base camp of Draupadi Ka Danda II mountain peak for search and rescue operations here.

On Tuesday, four mountaineers lost their lives in the avalanche while rescue operations were on for others, confirmed the Nehru Institute of Mountaineering (NIM).

The ITBP PRO had informed that at least eight members of the mountaineering team, trapped in the avalanche at Draupadi's Danda-II mountain peak in Uttarkashi, were "immediately rescued". 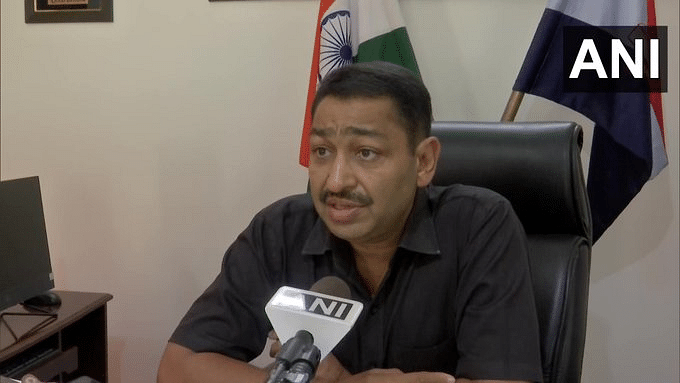 According to a release by the NIM, 41 people, including 34 trainees and 7 mountaineering instructors, were hit by the avalanche.

#WATCH | Uttarakhand CM Pushkar Singh Dhami conducts aerial inspection of rescue & relief operation being carried out to find the mountaineering trainees who were hit by an avalanche yesterday in Uttarkashi pic.twitter.com/Y6AsHyIsyI

"The course arrived at Base Camp on September 25. As per the training schedule on October 4, the course moved for High Altitude Navigation and height gain to Mount Draupadi ka Danda-II (5670m) at 4.00 am while returning from the mountain peak the Advance Mountaineering Course was met with an avalanche occurred above camp-1 in which 34 trainees and 7 mountaineering instructors were caught under avalanche at 08:45 hrs," said the release.

Earlier this morning, Uttarakhand police released a list of Nehru Mountaineering Institute trainees who were being searched for at the peak.