'It is a big responsibility, govt will be pro-poor people': Karnataka CM-elect Basavaraj Bommai 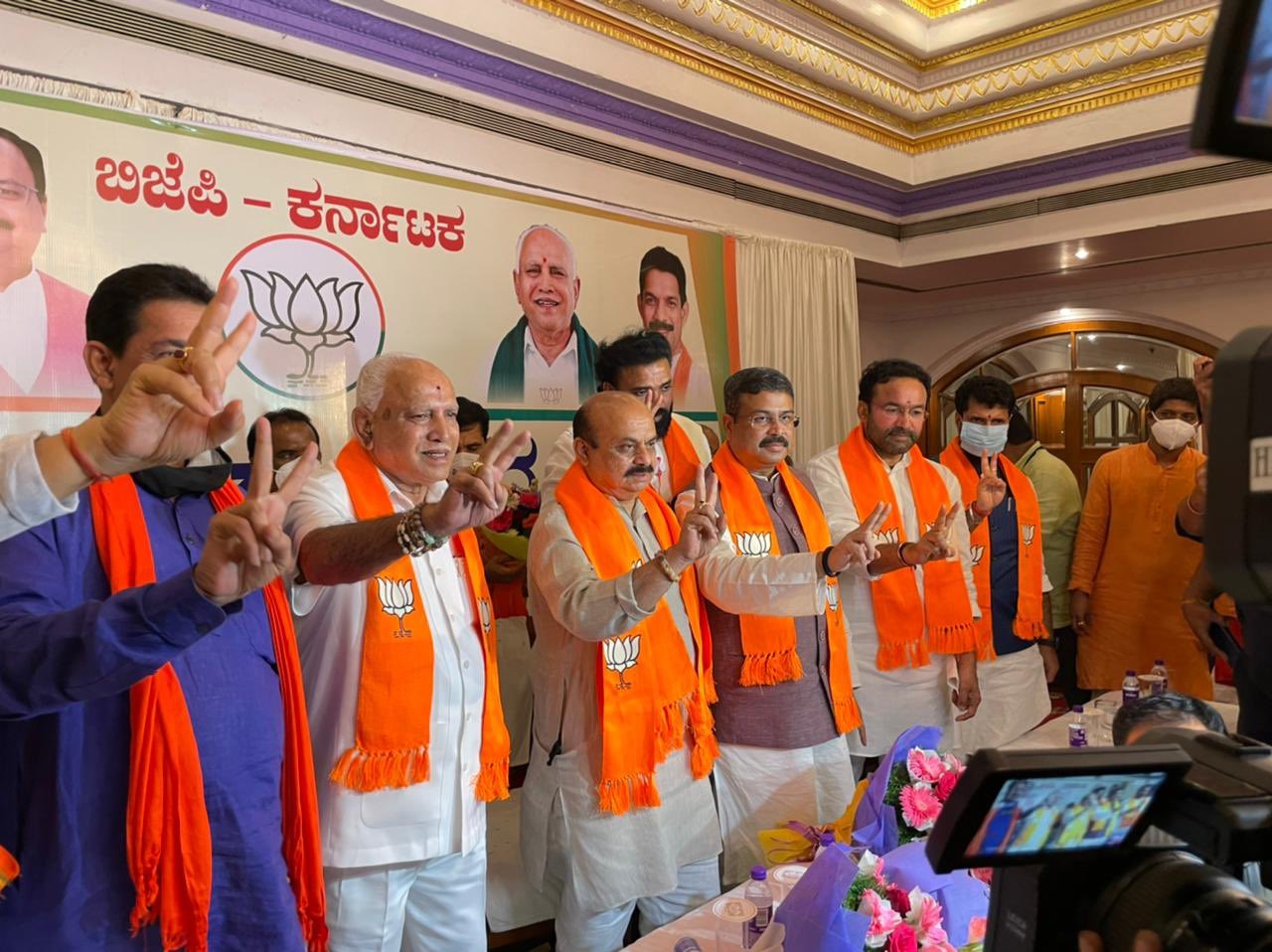 'It is a big responsibility, govt will be pro-poor people': Karnataka CM-elect Basavaraj Bommai | Twitter/@kishanreddybjp

The Karnataka BJP legislature party on Tuesday elected Basavaraj Bommai as its new leader and he will succeed outgoing Chief Minister BS Yediyurappa.

Meanwhile, the CM-elect said he will strive to work for the welfare of the poor. He added that his government will be pro-poor people.

"It is a big responsibility in the given situation. I will strive to work for the welfare of the poor. It will be pro-people and pro-poor people governance," news agency ANI quoted Bommai as saying.

"BS Yediyurappa will continue to guide us," said Dharmendra Pradhan at the BJP legislative party meeting held in Bengaluru. "The party has given this responsibility to Bommai who is very experienced and a senior party member," he added. "I am confident he (Bommai) will carry forward the programs of Prime Minister Narendra Modi," Pradhan further said.

"The @BJP4Karnataka Legislative Party Has Unanimously Elected Sri @BSBommai Avaru As Its Leader & The Next Chief Minister Of Karnataka, In The Presence Of Senior Central & State Leadership, This Evening, In Bengaluru. My Heartiest Congratulations To Sri Bommai," he tweeted.