Patna: With the Election Commission of India announcing election schedule for the President's office, JDU is keeping it's senior partner BJP on the choice of next candidate.

Though Nitish Kumar has claimed he was not in the race, his most trusted ministerial colleague, Shrawan Kumar announced that Bihar CM is the most suitable candidate to become Rashtrapati.

Shrawan, who is parliamentary affairs minister in Bihar cabinet and from the same caste Kurmi like Nitish, said, "Kumar has all the qualities to occupy Rashtrapati Bhawan. He claimed the Bihar Chief Minister has a large vision on national and international issues. Every Bihari will be happy to have Nitish Kumar as the next President."

There was no immediate reaction from BJP on the claim of JDU minister.

On Thursday, JDU and BJP leaders met in the Bihar assembly secretariat where two nominees each from the two parties filed their nomination papers. Chief Minister Nitish Kumar and deputy CM Tarkishore Prasad were present but there was no discussion on the election of President.

Last month, Union Minister Dharmendra Pradhan had visited Patna to hold preliminary talk on the choice of the NDA candidate for next Presidential election.

In 2017, Nitish Kumar had supported the then Governor Ramnath Kovid over Bihari candidate Meira Kumar who is the daughter of Jagjiwan Ram.

In 2012, he had surprised everyone by supporting the Congress sponsored candidate Pranab Mukherjee ignoring the claim of NDA candidate, P A Sangma. JDU was in NDA in 2012. 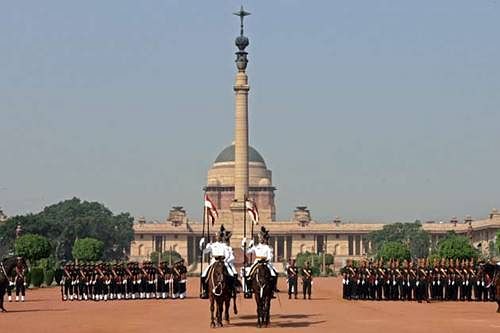