'India became global powerhouse because of gods, it's our identity', says UP minister

The minister also said an opportunity has now come to “secure” the Indian culture, which had been dismantled for 800-850 years.

While the jury is still out on Varanasi's Gyanvapi mosque case and on Shahi Eidgah in Mathura, a senior UP minister on Monday said that India became a "global powerhouse" because of its gods, and they are its identity.

He said that if any government, community, or organisation wants to “beautify” the places associated with these gods, then no one should have any objections.

"Today, the world is reading the Gita -- the lesson taught to Arjun by Lord Krishna. The entire world is getting a message from Lord Ram about how an ideal son, an ideal husband, an ideal brother, and an ideal friend should be,” he said.

The minister also said an opportunity has now come to “secure” the Indian culture, which had been dismantled for 800-850 years.

Mr Chaudhary refused to comment on the ongoing Gyanvapi mosque case in Varanasi, and on Mathura's Shahi Eidgah case, saying both the matters are sub judice.

"One thing I can categorically say is that surveys can be done for the other places, but as far as Mathura is concerned, there is no scope of any survey," Mr Chaudhary said.

From the rival camp, Rashtriya Lok Dal chief Jayant Chaudhary had given a differing view on Sunday saying debates such as those happening on the Gyanvapi mosque should not be entertained in the modern democratic India.

"If you look at it, the law does not allow these sorts of debates anymore. We must not entertain these debates in modern democratic India,” he had told PTI.

“Let us not look to create more disturbances for the future using our past as an excuse. We need to be forward-looking and address the real issues of real India," he added. 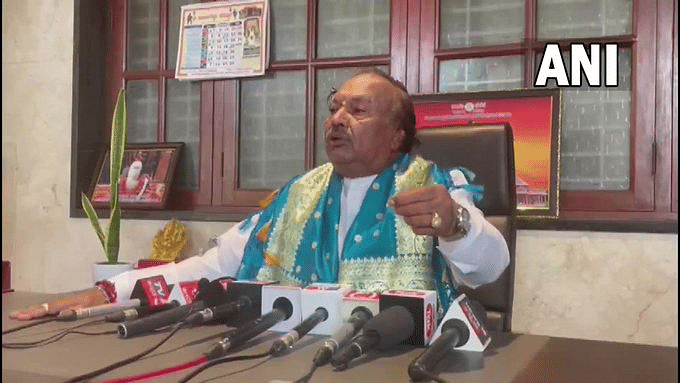 HomeIndia'India became global powerhouse because of gods, it's our identity', says UP minister