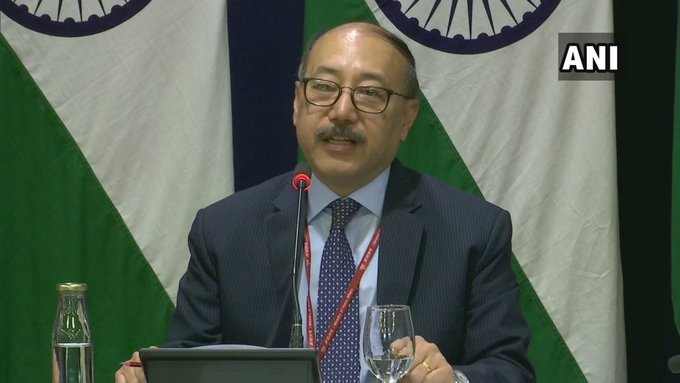 On December 3 1971, India was "unwittingly" drawn into a war that was not of its own making, Shringla said. "We can all now mull over if the situation would have been different if the international community had been able to exert pressure on Pakistan to stop the rampage against its own citizens and if the legitimate aspirations of the people of East Bengal were met," he added.

In his remarks, Shringla also lauded the role of the Indian Air Force in the war, saying it played a crucial role in supporting the valiant struggle of the Mukti Bahini. Having served in Bangladesh, Shringla said he has heard many brave accounts of the dogfights that IAF pilots engaged in over Dhaka, which greatly inspired the Bangladeshi people watching this from their rooftops. He asserted that 1971 was as much a moral and political victory as it was a decisive military victory for India.

"We stood on a high moral and ethical ground and history proved us right as the people of Bangladesh vindicated their self-respect and honour and won their fight for freedom and human rights," the foreign secretary said.

Never before in the recent history of our region, has humanity ever witnessed an act of "calculated genocide", Shringla said, pointing to the atrocities committed by Pakistan on the people of the then East Pakistan. "Operation Searchlight, on which I think we do need more contemporary research and attention, unleashed a reign of terror. Innocent women, children, academics and intellectuals were treated as weapons of war," he said.

Shringla said he considers India's humanitarian response to the refugee issue during that time to be one of the most sophisticated and empathetic in contemporary history. "This may well have represented one of the first instances of the UN's concept of the 'Responsibility to Protect'. If judged by today's standards of human rights and international humanitarian law, the perpetrators would have received a drastically different fate," he said. 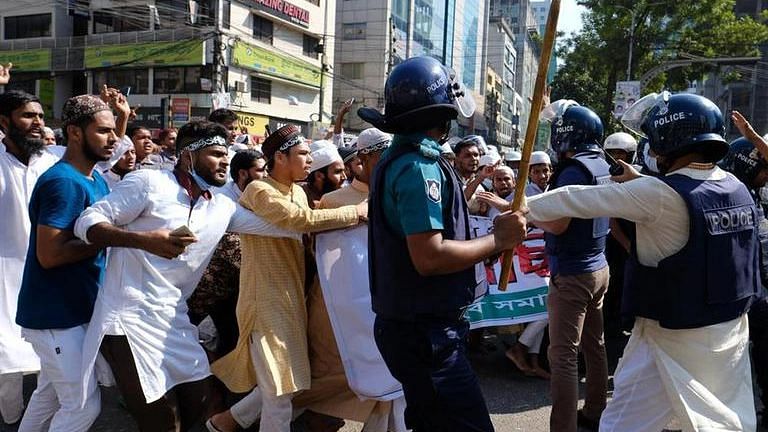 Almost the entire burden of supporting the displaced people fell upon the government and people of India, he noted. "While internally we dealt with this issue in the best conceivable manner, Indian diplomats launched an outreach around the world in various capitals highlighting the plight of the people of East Bengal," he said. As a result, a number of countries came forward to support the cause of the people of Bangladesh, he said.

India remains a committed partner in Bangladesh's socio-economic growth and development, he said. "India-Bangladesh relations today are deeper than any other strategic partnership. It is a role model for relations between two neighbouring countries," Shringla said. He added that Bangladesh is India’s largest trading partner in South Asia, contributing to economic prosperity and supply chain resilience in the region and beyond.

“Both sides have worked together to revive the pre-1965 rail connectivity. Other modes have also been strengthened, especially for enhancing linkages with the northeastern region of India. New modes like waterways, passenger and cruise shipping, energy and power lines have been added to the connectivity mix,” Shringla said.

Both countries share strong people-to-people ties that have been further strengthened through capacity building programmes, scholarships and cultural exchanges. “We are taking initiatives such as joint production of a film on the life of Bangabandhu and a documentary on the Liberation War; joint celebration of Maitree Diwas - the day on which India recognized Bangladesh in different capitals; and an exhibition on the life of Bangabandhu and Bapu; to preserve the legacy of liberation of Bangladesh,” the Foreign Secretary said.

The spirit of friendship, understanding and mutual respect engendered during the liberation of Bangladesh continues to permeate different aspects of this relationship, he asserted. Under the visionary leadership of Prime Minister Modi and Prime Minister Sheikh Hasina, India and Bangladesh share a 'Sonali Adhyay' or golden era -- a relationship geared towards bringing stability and prosperity to people on both sides of the border -- he said.