'I'm sure that even PM Modi agrees with stand of not conducting Ind vs Pak match': AAP leader Atishi 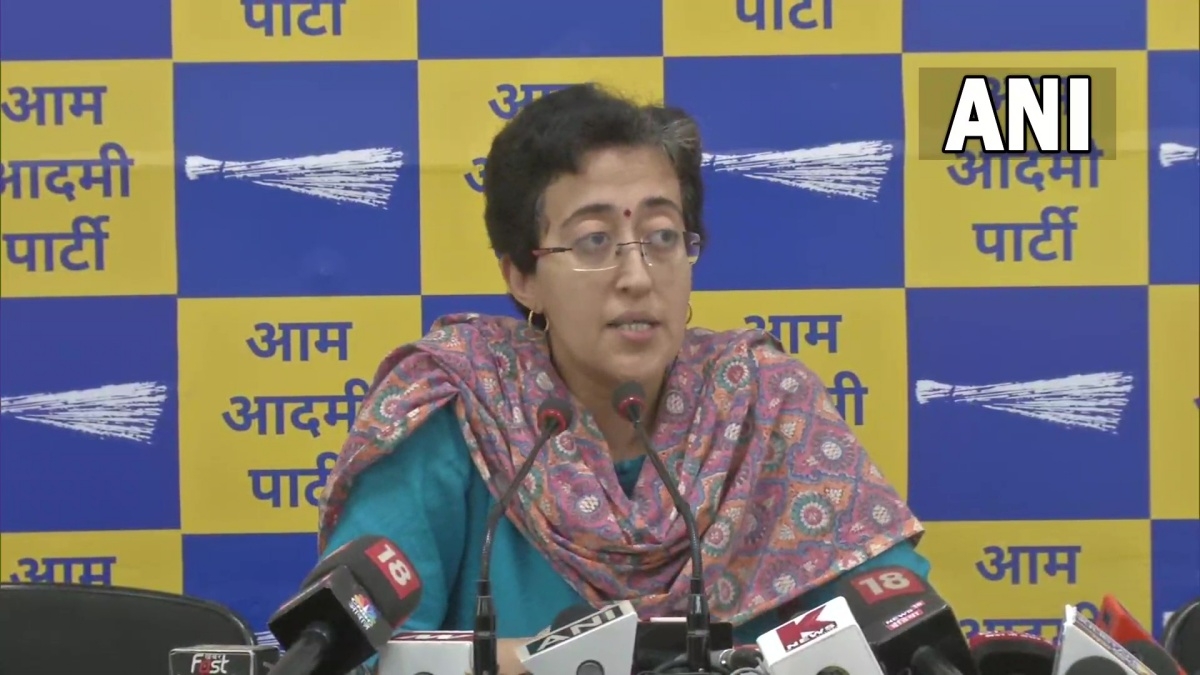 As the voices for the cancellation of India vs Pakistan match in T20 World Cup continues to rise amid attacks and Killings in Jammu and Kashmir, now Aam Aadmi Party leader Atishi on Tuesday said," I'm sure that even Prime Minister Narendra Modi agrees with the stand of not conducting the match."

The AAP leader recalling Narendra Modi's stand as an opposition leader said that when PM was in opposition he used to question that when state sponsored terrorism is taking place in India why should we play cricket with Pakistan?

"So, I am sure that not only AAP but even BJP and its leadership along with the PM will agree that unless such attacks in India and targeted attacks on Indians stop, it will not be right to play matches like this," he added.

Her comment on the ongoing matter comes a day after the Board of Control for Cricket in India (BCCI) Vice President Rajeev Shukla said India will have to play arch-rivals Pakistan in the T20 World Cup as no team can refuse to play another side in a tournament organised by International Cricket Council (ICC).

We see people being attacked in Kashmir. I'm sure that even PM agrees with the stand of not conducting the match (IND v PAK) as when in opposition he used to question that when state sponsored terrorism is taking place in India why should we play cricket with them?: Atishi, AAP pic.twitter.com/X04o9CB6oH

There are talks that the BCCI and the government should reconsider playing Pakistan in the ICC men's T20 World Cup as in the past few days, Jammu and Kashmir witnessed a spate of targeted killings of civilians especially non-locals. Shukla said while strict action should be taken against terror organisations, the match against Pakistan has to be played as it is an ICC tournament.

Yesterday, the Bihar Deputy Chief Minister Tarkishore Prasad too had demanded to halt the match saying that the match should be haulted so that Pakistan gets a message that if they keep supporting terrorism, India will not stand by them on any matter.

Notably, the bilateral cricket ties between India and Pakistan have been suspended due to the heightened diplomatic tensions between the two countries. The two teams only meet on the cricket field either at the global or continental events the last of which was at the 2019 ODI World Cup in England.

Meanwhile, the much-awaited high-octane clash between India and Pakistan in the upcoming T20 World Cup will take place on October 24 in Dubai. In Group 2, India will then face New Zealand and Afghanistan, the emerging force in T20 cricket, plus the winners of Group B and runners-up from Group A. 'You can't refuse to play against anyone': BCCI VP Rajeev Shukla on demand to cancel India-Pakistan...