'I will die but never have any kind of relationship with BJP': Congress' Priyanka Gandhi Vadra in Gorakhpur rally ahead of UP Assembly Polls 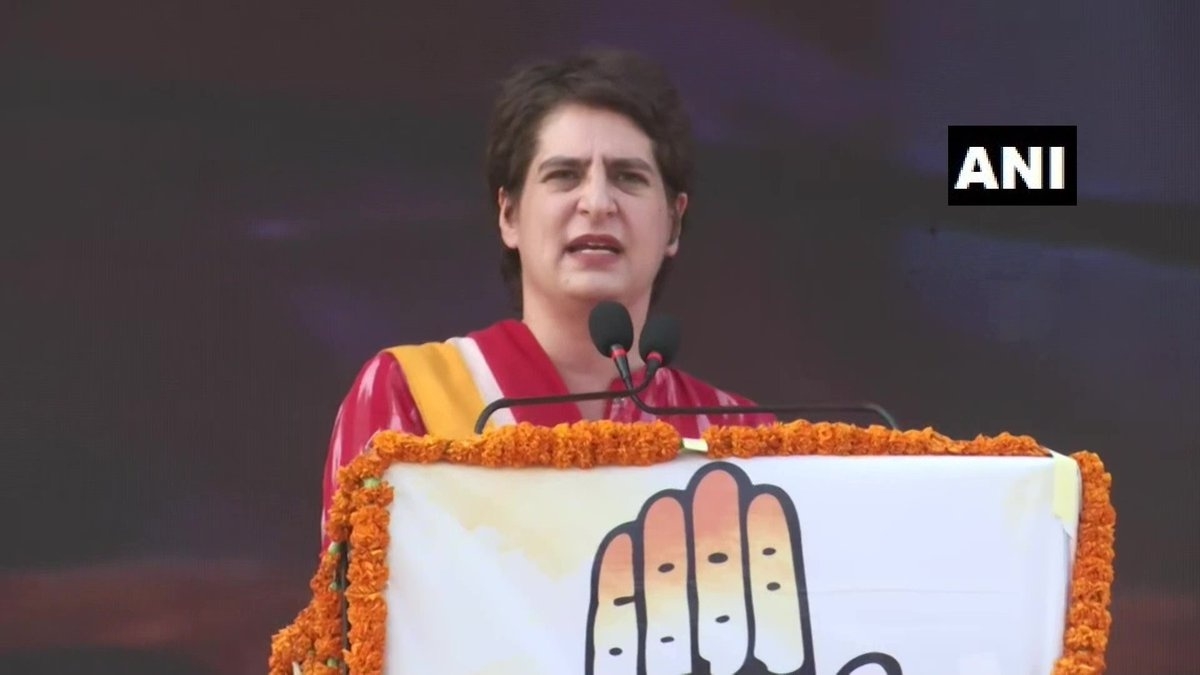 Ahead of the Uttar Pradesh Assembly 2022 polls, Congress General Secretary Priyanka Gandhi Vadra on Sunday while adddressing a huge crowd in Gorakhpur said that she will die but never ever kind of relationship with BJP. The Congress leader's visit comes on the ocassion of 37th death anniversary of former Prime Minister Indira Gandhi and 146th birth anniversary of Sardar Vallabhbhai Patel.

Priyanka Gandhi in October has paid visit several times amid Lakhimpur Kheri violence and death of a person in Agra custody.

Making a strong attack on her counterparts Samajwadi Party and Bahujan Samajwadi Party she said where are these parties during the times of struggle. Only Congress has always extended its fullest support to the people of Uttar Pradesh.

"They (SP and BSP) say Congress is working in collusion with BJP. I want to ask: why don't they stand with you in your tough times. Only Congress is fighting. I will die but never have any kind of relationship with BJP," Priyanka Gandhi Vadra was quoted as saying by news agency ANI.

The Congress gen secy also slammed the Yogi Adityanath government saying that Dalits, weavers, OBCs, the poor, minorities and Brahmins have been exploited in the statement under BJP regime. "Yogi Adityanath Ji is running the govt against the teachings of Guru Gorakhnath and is attacking people on a daily basis," she added.

For Priyanka Gandhis visit to Gorakhpur, cutouts of Sardar Vallabhbhai Patel and Indira Gandhi have been installed at the venue of Congress' 'Pratigya Rally'. The cutouts have been put up on the occasion of the 146th birth anniversary of Sardar Vallabhbhai Patel and the 37th death anniversary of Indira Gandhi. The Pratigya Rally is another in the series of rallies being held by the Uttar Pradesh Congress across the state.

#WATCH | They (SP & BSP) say Congress is working in collusion with BJP. I want to ask: why don't they stand with you in your tough times. Only Congress is fighting. I will die but never have any kind of relationship with BJP: Congress leader Priyanka Gandhi in Gorakhpur pic.twitter.com/BlyfmK63Zm

Earlier in the day, Priyanka Gandhi paid tributes to the First Deputy Prime Minister of independent India and tweeted, "Iron Man Sardar Vallabhbhai Patel strengthened the voice of farmers demanding their right and self-respect during the Bardoli Satyagraha." "His struggle inspires us to stand like a rock in the fight for justice against the oppression of farmers and their rights," she added.

Paying tributes to former Prime Minister of India, Indira Gandhi, the Congress leader tweeted, "Your life is a message of courage, fearlessness and patriotism. Your life is a message to keep fighting for justice while following the path of ideals." Meanwhile, Priyanka Gandhi's visit to Gorakhpur comes ahead of the assembly elections in Uttar Pradesh scheduled to be held early next year.

Priyanka Gandhi had launched her campaign with a rally from Varanasi, which is Prime Minister Narendra Modi's parliamentary constituency, on October 10.

She has changed the political narrative in Uttar Pradesh to an extent by announcing 40 per cent reservation of tickets for women. She plans to override caste discrimination with gender politics.