The March 4 letter, which was the fourth one by the sarpanch besides several oral representations, states: "Liquor is being openly sold in the village everyday with nobody to stop it. The villagers live in an atmosphere of fear."

Ahmedabad: The death toll in Sunday’s Gujarat hooch tragedy climbed to 31 on Tuesday; some 73 persons are still being treated at various hospitals and seven of them are critical. It is understood that many of the victims were given industrial alcohol mixed with water.

That liquor flows quite freely in Gandhi’s avowedly dry Gujarat is no longer a secret, but it isn’t usual for a hooch tragedy to happen when the police had official information at least five months ahead that illicit country-made liquor was being openly sold 24X7 in Rojid village and several other villages in and around Ahmedabad, Botad and Bhavnagar districts.

It was back on March 4, 2022, that JD Dungrani, the sarpanch of Rojid village in Botad district’s Barwala taluka (tehsil), had written his last letter to the Barwala Police Station with a copy to the Botad District Superintendent of Police and Minister of State for Home Harsh Sanghavi that his village had become a veritable liquor den and it was difficult for women to move freely, while brawls between drunkards was a regular feature.

The March 4 letter, which was the fourth one by the sarpanch besides several oral representations, states: "Liquor is being openly sold in the village everyday with nobody to stop it. The villagers live in an atmosphere of fear. Anti-social elements drink alcohol and abuse and misbehave with women in the village. We fear that some unfortunate tragedy may befall on the village if these illegal activities are not stopped immediately. We request you to step up police patrolling and strictly implement prohibition in our village."

State Congress spokesperson Manhar Patel, who belongs to Botad, had attached these letters of the sarpanch and also sent an email to the Superintendent of Police on March 20, 2022, expressing concerns over the sale and consumption of illicit liquor not only in this village but several other villages as well.

He told the Free Press Journal, “Liquor, both Indian-made foreign liquor (IMFL) and the country-made brew, is openly available in at least 12 villages on the Ahmedabad-Bhavnagar highway. Many people from interior come to drink and buy liquor from these places. There is an entire network.”

When asked about this letter by the sarpanch to the Barwala and Botad police, DGP Ashish Bhatia told a press conference in Gandhinagar on Tuesday: "The Rojid village panchayat had earlier complained to local police about the hooch activity, and the police carried out raids six times. In this regard, FIRs were filed and two bootleggers were arrested."

When confronted, Manhar Patel reacted by saying that, “This is both sad and hilarious. If the police had been acting against the illegal sale and consumption of liquor, why did this tragedy happen? How do you explain the fact that even at this moment liquor could be available in any corner of Gujarat?”

Gujarat Congress President Jagdish Thakor and a Congress delegation, besides AAP chief Arvind Kejriwal, who all visited the victims at the Bhavnagar Civil Hospital, asserted that this was not an isolated incident, and liquor prohibition in Gujarat was only on paper. In fact, Thakor went to the extent of alleging that, “30% each of the liquor bounty is shared by the ruling party and the police, while the rest 40% money goes to the bootleggers.”

State Congress Chief Spokesperson Manish Doshi cited numbers officially provided by the Gujarat Government to the State Assembly in response to questions by Congress MLAs to assert that, “there is no district in Gujarat where you can’t get liquor easily.”

Reeling out data from the State Assembly records, Doshi said the police had caught Indian-made Foreign Liquor (IMFL) worth more than Rs 215 crore and country liquor of Rs 4.33 crore during the last two years. Doshi alleged that, “These seizures are only a fraction of what is being pushed into Gujarat and freely sold. They have to show something on the record, so they conduct perfunctory raids, which are just hogwash.” 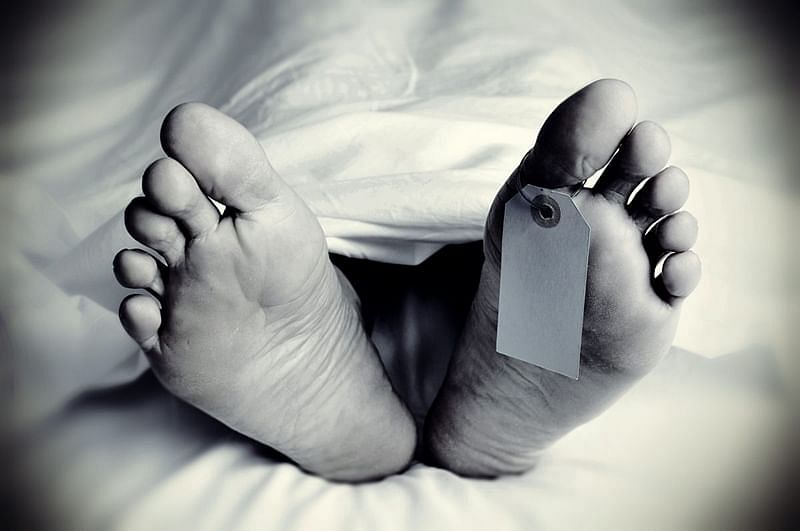