HomeIndiaHistory would be kinder to you if Congress took your advice: Harsh Varshan reacts to Manmohan Singh's letter to PM Modi

History would be kinder to you if Congress took your advice: Harsh Varshan reacts to Manmohan Singh's letter to PM Modi

Hitting back at Manmohan Singh for his critique of the government's COVID-19 management, Harsh Vardhan alleged the second wave of the pandemic was instead fuelled by Congress-ruled states as they were busy raising doubts about vaccines rather than vaccinating people.

While tweeting the letter to Manmohan Singh, the Union Health Minister said history would be kinder to him if only his own party, Congress, had followed his advice to PM Modi.

Taking to Twitter, Harsh Vardhan said: "History shall be kinder to you Dr Manmohan Singh ji if your offer of ‘constructive cooperation’ and valuable advice was followed by your @INCIndia leaders as well in such extraordinary times!”

Responding to Singh's letter to PM Modi, Vardhan also said that the letter drafters of the senior Congress leader have done a great disservice to his standing.

Acknowledging that while Singh understands the importance of vaccination as an important method of fighting the COVID-19 battle, Vardhan said in his letter that "irresponsible" public pronouncements made by some Congress leaders have resulted in a below national average vaccination coverage of senior citizens and even front-line workers in some of the Congress-ruled states.

Vardhan said, "People in responsible positions in your party as well as in the state governments formed by your party do not seem to share your view." He expressed shock that senior members of the Congress party are yet to utter a single word of gratitude towards scientists and vaccine manufacturers for innovating under trying circumstances and empowering the world with vaccines.

"Let alone thanking our scientists, many Congress members and Congress ruled state governments have taken extraordinary interest in spreading falsehoods regarding the efficacy of these vaccines, thereby fuelling vaccine hesitancy, and playing with the lives of our countrymen. A sitting chief minister of your party created a dubious world record of sorts by being the only head of government directly inciting people against an indigenously developed vaccine! Some Congress leaders even shamed the vaccines in public but took their doses in private, quietly," he charged.

"A word of advice from you to them even if it had been done in private by you may have ensured better cooperation from these people. Knowing your penchant for constructive cooperation, which you have said you always believed in, I would assume that you did advise them and yet, quite clearly, your advice has been in vain," the minister said.

Vardhan said the former prime minister's advice to not get tempted to go by absolute numbers, but to go by percentage of population covered, is not incorrect. However, he said this is a practice that must be followed uniformly and junior members of "your party" too must follow your advice. Quite obviously, it cannot be that the discussion on total cases, active cases or mortality is based on absolute numbers, which the Congress party often tries to do, but the vaccination numbers continue to be touted as a percentage of the population covered, he said.

With due respect, and "irrespective of the negativity that your party spreads" Vardhan said he takes Singh's suggestions at face value and with the belief that they are made keeping national interest in mind.

"However, it does seem that those who drafted your letter or advised you, have done a great disservice to your standing by misleading you regarding material that is already in the public domain," he said.

Highlighting the point in the letter on allowing the import of vaccines that have already been approved by credible foreign authorities, Vardhan said a decision on this had already been taken a week ahead of "your suggestion", on April 11, 2021. "The same is the case with your suggestion regarding providing funds and other concessions to augment vaccine manufacturing. This decision had also been taken many days before receipt of your letter and multiple vaccine manufacturing entities have been funded by the government to immediately enhance production," the Union Health Minister said.

"Anyway, despite such factual inaccuracies, we understand your deep concern for the country and also assure you that we share the same. We request your continued cooperation in the battle against the pandemic and welcome more such illuminating suggestions. However, as a senior leader, we expect that you shall offer the same advice and wisdom to your own party leaders as well," Vardhan said in the letter.

Concerned about the rising number of COVID-19 cases in India, Manmohan Singh wrote PM Modi a five-point suggestion letter to address the Covid-19 crisis. In a two-page letter to PM Modi, Manmohan Singh said one must not look at absolute numbers, but the percentage of the population vaccinated. 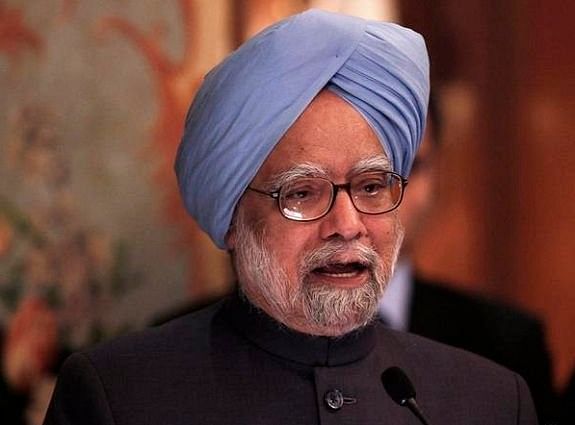