HomeIndiaHC to Delhi government: 'Take a decision in 3 months on recognition transgenders as third gender for bus travel'

HC to Delhi government: 'Take a decision in 3 months on recognition transgenders as third gender for bus travel'

The court passed the order on a public interest litigation by a person belonging to the transgender community who has sought printing of the words 'third gender.'

HC ask Delhi government to Take a decision in 3 months over recognising transgenders as third gender for bus travel. |
Follow us on

New Delhi: The Delhi High Court on Wednesday directed the city government to take a decision within four months on representations seeking legal recognition of the transgender community as the third gender for the purpose of travelling on the buses operated by the Delhi Transport Corporation (DTC).

The court passed the order on a public interest litigation by a person belonging to the transgender community who has sought printing of the words 'third gender' on bus tickets and cost-free travel for transgenders on DTC buses.

"The petition is disposed of with a direction to the respondent to take a decision as expeditiously as possible within a period of four months," said a bench of Chief Justice Satish Chandra Sharma and Justice Subramonium Prasad.

Lawyer Amit George, appearing for the petitioner, informed that while dealing with a similar petition earlier, the high court had already asked the authorities to look at the issue but no decision has been taken till date. He said the petitioner also made a representation in August 2022 to the authorities but received no reply.

Delhi government counsel Santosh Kumar Tripathi submitted the government will certainly take a decision in the matter. The bench granted liberty to the petitioner to approach the court again, if required.

No recognition of people of transgender community

The petitioner has said the DTC tickets issued at present recognise only two genders male and female, and there is no recognition of people belonging to the transgender community.

The plea said the petitioner regularly commutes by buses operated by the DTC and faces "trauma and agony" while purchasing ticket as the transgender community has not been recognised as the third gender.

The plea contended that transgender people should ideally be recognised as the third gender as they have the right to decide their self-identified gender.

"The Supreme Court (has) upheld the right of the TG Community to decide their self-identified gender and directed the Centre and State Govemments to grant legal recognition to their gender identity.

Non-recognition of the TG Community as the third gender in the physical tickets issued by the DTC is in the teeth of [The Transgender Persons (Protection of Rights) Act, 2019] Act, which recognized the legal right of the TG Community to choose their self-perceived gender," it said.

The plea submitted that providing cost-free travel to the transgenders in DTC buses will promote social equality as they have always been shunned by society and treated as a community of untouchables.

"A reduction in cost of travel for the TG (transgender) Community would help in integrating them into the larger societal framework and give them an opportunity to live with dignity as currently a large number of persons belonging to the community are economically/socially downtrodden," it said.

Read Also
Over 500 toilets meant for PwD can be used by transgenders: Delhi govt to HC 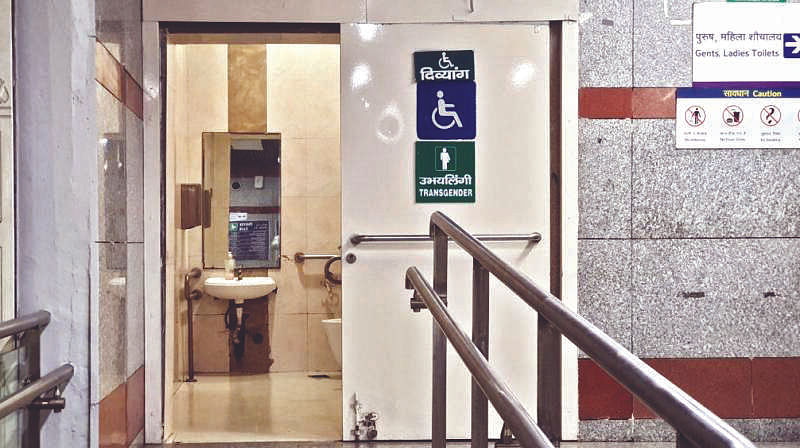 'I need to be welcomed...': Congress MP Shashi Tharoor reacts to NCP's invitation to join party