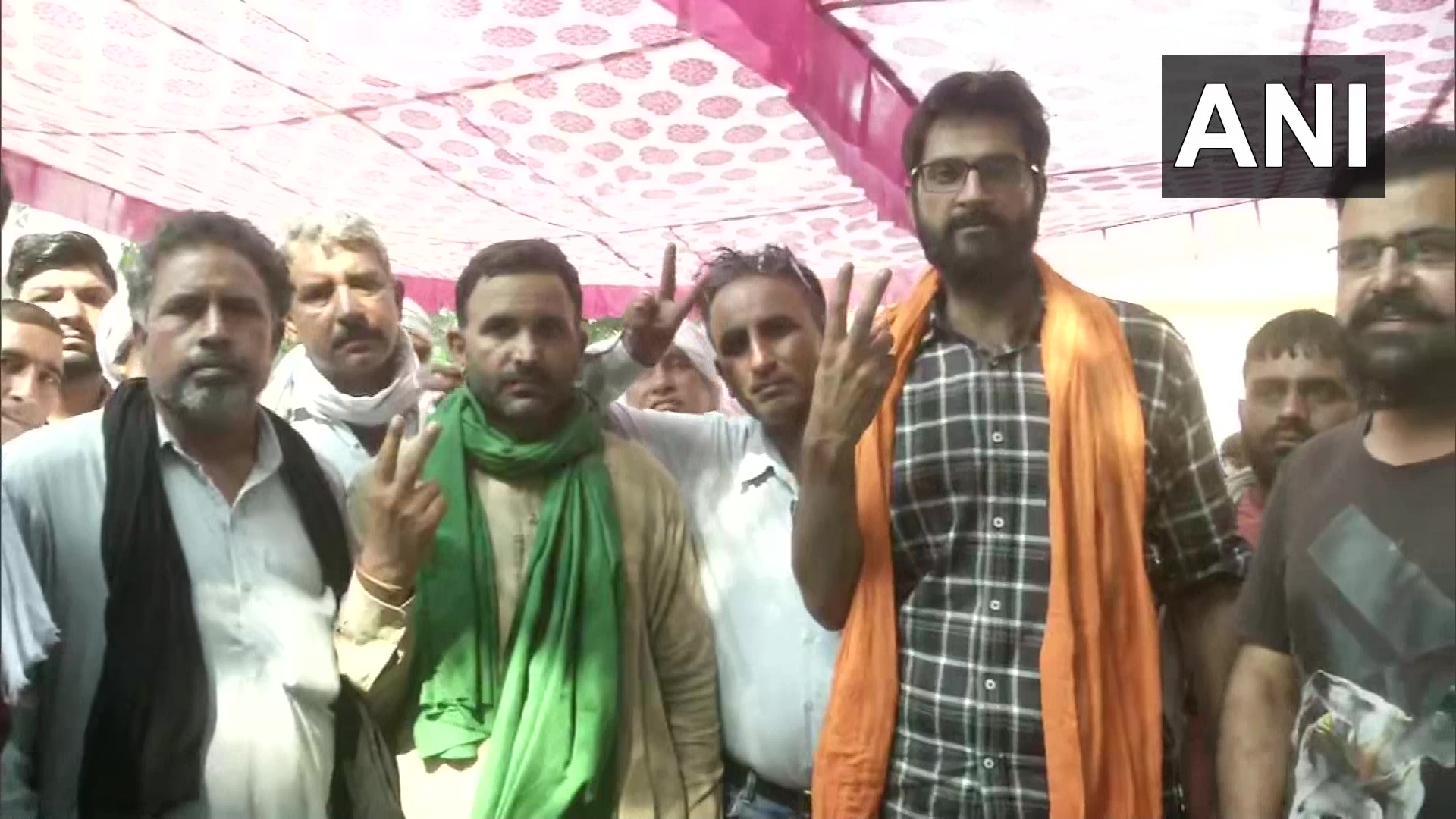 Farmers leaders have called off the gherao at Tohana Sadar police station in Fatehabad district of Haryana after the state government released the two arrested farmers on Monday morning.

Farmers Ravi Azad and Vikas Sisar have been released from Hisar Jail in the early hours of Monday, reported ANI. "We have decided to no longer gherao Tohana PS. One more person still in jail, meeting underway with police administration to release him," Bharatiya Kisan Union (BKU) leader Rakesh Tikait was quoted as saying by news agency ANI.

An FIR was registered against a group of farmers for allegedly trying to gherao Babli's residence on Wednesday night. Two farmers, Vikas Sisar and Ravi Azad were arrested in connection with the incident. They were booked under relevant sections of the Indian Penal Code and the Disaster Management Act, 2005.

A large number of farmers led by farmer leaders Rakesh Tikait, Gurnam Singh Chaduni and United Kisan Morcha leader Yogendra have been staging a dharna in front of Tohana Sadar police station in Fatehabad district of Haryana since Saturday night demanding the release of arrested farmers. They have also called for a statewide gherao of police stations in Haryana with this demand.

Addressing the gathering outside the police station, Tikait had said that the protesting farmers will not budge till their fellow farmers are released.

The Bharatiya Kisan Union (BKU) leader also said the agitation against the Centre's farm legislations will continue till the government repeals them and enacts a law on minimum support price.

Tikait alleged the Centre wants to shift the central point of the farmers' agitation from Delhi's borders to Haryana's Rohtak-Jind belt. This "ploy" will not be allowed to succeed, he said.

Earlier, the protesters had also sought the registration of a case against Babli for allegedly hurling abuses at them. Later, the Jannayak Janata Party (JJP) MLA expressed regret over uttering "inappropriate" words against farmers.

On June 1, Babli faced a protest by a group of farmers who showed him black flags and raised slogans. He had alleged that some of the protesters resorted to unruly behaviour and smashed the windscreen of his SUV. Farmers, however, accused Babli of using abusive and threatening language.