Haridwar: Haridwar Superintendent of Police (SP) City Shekhar Suyal on Saturday said that two more persons have been named in the FIR in connection with the alleged hate speech in the Dharma Sansad in Haridwar.

The police have named Dharm Das and Annapurna, a woman in the hate speech case.

Earlier on Wednesday, police said it had booked Wasim Rizvi aka Jitendra Tyagi, and others under Section 153A Indian Penal Code in the case.

What happened at the Dharma sansad?

At the event, politicians and Hindus – even the Army -- were asked to replicate what has transpired in Myanmar – an allusion to the deadly violence unleashed against Rohingya Muslims that led to their exodus.

In one video circulated on social media, a journalist who runs a right-wing TV outfit, could be seen administering an oath to a group of people, asking them to "die for and kill" to make India a Hindu nation, reports BBC.

He later said he was repeating an oath taken by Maratha emperor Shivaji in 1645.

The Dharma Sansad was allegedly organised by Yati Narasimhanand Giri of Juna Akhada who is already under police scanner for making hate speeches and inciting violence against the minorities.

At the aforesaid event, people were also asked to take up arms and shoot a former prime minister.

Meanwhile, Anand Swaroop, an attendee of Dharma Sansad told the mediapersons, "We stand by our statements that are well thought out. If a person rapes our sister, won't we kill him? Speakers talked about killing such persons, not ordinary Muslims who are our friends. No one can stop India from becoming Hindu Rashtra".

Several activists on Friday condemned the "Haridwar hate assembly" and pointed out that a similar gathering was first held in Delhi. "This is an open violation of provisions of Indian Constitution, which prohibit spreading of hate. This is not just spreading hate, this call of violence is an outright crime and those talking in this language need to be taken action against," the activists said. 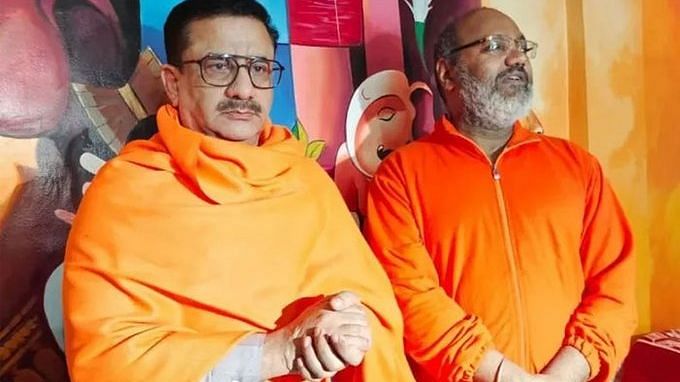 Haridwar hate speech row: Many hate speakers, but only one booked