The ruling BJP, which finalised the candidates late Wednesday night at its central parliamentary board meeting in New Delhi, has repeated 69 sitting MLAs and dropped 38 to usher in new faces.

Rivaba Jadeja, wife of cricketer Ravindra Jadeja, Patidar agitation spearhead Hardik Patel, Godhra’s CK Raolji who called Bilkis Bano’s rapists “sanskari” and was on the panel that recommended their early release from jail are among the 160 candidates declared by the BJP on Thursday in the first list of contestants for the Gujarat polls next month.

The ruling BJP, which finalised the candidates late Wednesday night at its central parliamentary board meeting in New Delhi, has repeated 69 sitting MLAs and dropped 38 to usher in new faces. The party is likely to announce the rest of the 22 contestants for the 182-member House late Thursday night or Friday.

The 38 does not include seven former senior ministers, including the previous chief minister Vijay Rupani, his deputy Nitin Patel and others. With these, 45 have been dropped though Rupani and his six former cabinet colleagues announced on Wednesday evening that they were not in the race.

As expected, Chief Minister Bhupendra Patel will seek his second term as the legislator from safe haven Ghatlodia constituency in Ahmedabad.

Patidar leader and former Gujarat Congress working president Hardik Patel will contest his first election from his hometown Viramgam on a BJP ticket and Rivaba Jadeja will make her debut from the Jamnagar North seat.

Congress turncoat and former MLA CK Raolji, who was in the committee that recommended premature release of Bilkis Bano’s rapists is the party’s candidate from Godhra constituency. In contrast, the party has dropped controversial MLA Kesrisinh Solanki from Matar (Kheda district in central Gujarat), who is among those named by the alleged accused in the October communal clash in the Undhela village of the taluka. Local policemen had publicly flogged some Muslims of the village for allegedly pelting stones on a garba pandal.

While Pabubha Manek, whose election from Dwarka in 2017 was cancelled by the Gujarat High Court, has been renominated, sitting MLA and a Congress turncoat Dharmendrasinh Jadeja has been dropped after the high court refused to withdraw criminal proceedings against him in a riots case on Wednesday (November 9, 2022). Rivaba Jadeja has been fielded from  Jamnagar North in place of Dharmendrasinh.

Key Congress turncoats who figure in the first BJP list of 160 candidates include Ashwin Kotwal (Khedbrahma Scheduled Tribe seat), Rajendrasinh, the son of 1o-time Congress MLA Mohansinh Rathwa who deserted his parent party 48 hours ago, from Chhota Udepur (Scheduled Tribe seat), and Bhagwan Barad who quit the Congress on November 9, 2022, has been fielded from Talala constituency. Other turncoats are Harshad Ribadiya (Visavadar), Manilal Vaghela (Vadgam) and Balvantsinh Rajput (Sidhpur).

However, former minister and Congress turncoat Brijesh Merja (Morbi) has been dropped and former BJP MLA Kantilal Amrutiya, who plunged into the river to rescue Morbi bridge collapse victims, has been given the ticket in his place. 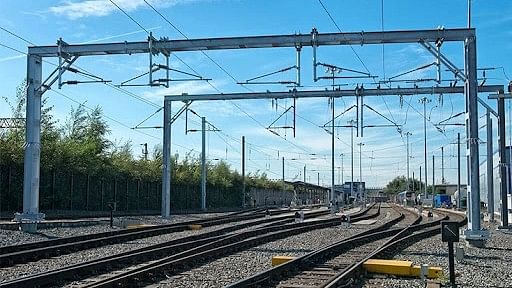