Ahmedabad: Even as the Karnataka hijab controversy continues to rage, the Gujarat police on Tuesday thwarted an attempt by activists of the Vishwa Hindu Parishad and its affiliates to kick up a ruckus at the school in Surat.

More than a dozen saffron-carved activists were detained for raising objections over a group of girls wearing burqas at a school in Surat.

Even as the hijab seemed to be spilling over in other parts of the country despite the Supreme Court’s directive to maintain a status quo, activists of VHP, Bajrang Dal and Hindu Jagran Manch were prevented from vitiating the atmosphere in Surat.

The activists gathered at the gate of the P.P. Savani Vidhya Bhavan in Surat and protested against burqa clad students.

"We received a call from the control room that members of some right wing outfits had gathered at the school in Kapodra around 11 a.m. We found them protesting at the gates against some girl students, who were wearing black dress. Immediately, we detained them,” Kapodara police inspector MB Rathod told reporters. They were later released.

The inspector said there were around eight to ten girls who had worn black dress, but it was not burqa. They had come from some other school for a youth talent search examination.

However, soon after they were released from detention they once again went to the school chanting slogans. But the police quickly foiled this attempt and pushed them out of there.

The activists claimed that, "We are not here to oppose the girl students, but came here to remind the principal about the Constitution. We are not against any particular outfit of any religion, but they should keep that limited to their homes. We are talking about upholding the Constitution," said Dinesh Savaliya from the Hindu Jagran Manch.

Read Also
Ahmedabad blasts: BJP hurling such allegations at Opposition as it is losing UP, says Sanjay Raut on... 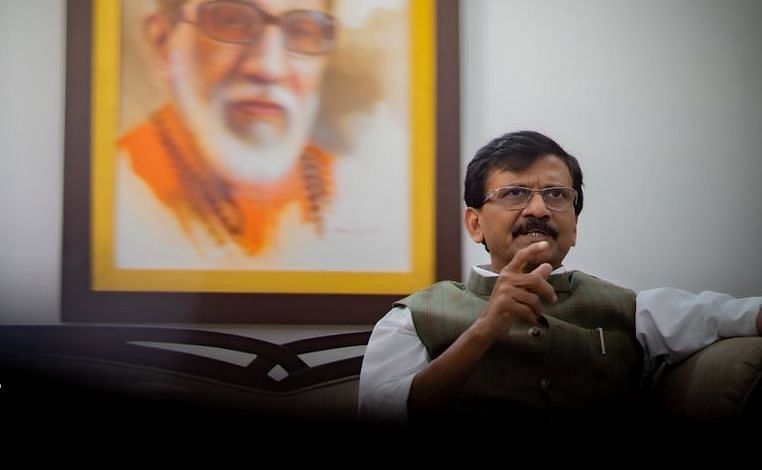