Gujarat Chief Minister Vijay Rupani resigned on Saturday in a sudden development, putting an end to months-long speculations about a change of guard over his government’s handling of the Covid-19 situation.

Rupani, who handed over his resignation to Governor Acharya Devvrat in the afternoon, told reporters, “I am a loyal soldier of the BJP and have resigned of my own accord. Nobody has asked me to do so. I will work to strengthen the organisation or whatever role the party leadership assigns me”.

The BJP was yet to announce Rupani’s replacement and has convened a meeting of its legislature party on Sunday to elect a new leader, according to national general secretary in charge of Gujarat Bhupendra Yadav. Union Home Minister Amit Shah is reaching here on Sunday for this purpose.

Speculations are rife that one of the State general secretaries Gordhan Jhadaphia, a Patidar, may be given the mantle, though there is no official indication.

Another name being discussed is of Praful Patel, the Administrator of Union Territories of Lakshadweep and Daman and Diu. He is believed to be close to Prime Minister Narendra Modi and Home Minister Amit Shah. This is besides Union Health Minister Mansukh Mandaviya, also a Patel and his name has been cropping up for the post during the last one year.

Incidentally, the Chief Minister put in his papers hours after Prime Minister Narendra Modi virtually inaugurated the Rs 200 crore Sardardham Complex set up by the Patidar or Patel community in Ahmedabad.

The day of swift developments began with BJP national general secretary BL Santhosh landing in Ahmedabad in the morning to drive straight to the party headquarters Shri Kamalam near Gandhinagar.

Even as he was closetted in a meeting with Gujarat BJP President CR Paatil and newly-appointed state general secretary (Organisation) Ratnakar, Chief Minister Vijay Rupani and Deputy Chief Minister Nitin Patel drove down to the Raj Bhawan. Rupani was accompanied by all his Cabinet ministers.

They were joined by Union Minister Mansukh Mandaviya and Parshottam Rupala, both Patidars, at the Raj Bhawan.

Addressing a press conference after putting in his papers, the Chief Minister said he had himself decided to resign as a “loyal soldier.” Asked for the reason for his quitting with the elections just a year away, he put up a brave face, “In the BJP, individuals don’t matter and it is a collective that works in cohesion.”

Even as the State Executive meeting in August-end reposed faith in Rupani’s leadership, while indicating that the party might return to its Hindutva core, the latest indication in a series of developments emerged from here.

Among others, State BJP chief CR Paatil was appointed on a committee of advisors to the Chief Minister. He was earlier in a similar committee headed by Revenue Minister Kaushik Patel. It is public knowledge that Rupani and the State BJP president have not been on the best of relations ever since Paatil was brought in in July 2020.

This came to the fore most recently during the peak of the second Covid-19 wave after Paatil announced that some 5,000 Remdesivir injections would be distributed from the BJP office in Surat when the Rupani Government was itself scrounging for every vial. To a question about this, the Chief Minister had shouted at the media, “Go and ask him.”

Soon after he took over, Paatil issued instructions to all Cabinet ministers that they would sit twice a week at the State BJP headquarters to listen to the grievances of the MLAs as well as the MPs.

This followed continuous complaints from the elected representatives that the bureaucracy was giving them a short shrift and the political leadership could not rein in the officials.

Sources believe that the Gujarat Government’s inept handling of the Covid-19 crisis, especially during the second fierce wave for which even the Gujarat High Court had time and again pulled up the government, proved the last straw in the camel’s back.

Rupani is the second BJP chief minister in Gujarat after Anandiben Patel, who could not complete his full term. Like Patel had only one year to go before the 2017 elections when she stepped down in 2016, Rupani also had a year left ahead of the 2022 polls.

Although Rupani and Nitin Patel celebrated five years in office last month, it was their individual five years. He became the chief minister in 2017.

Read Also
As Vijay Rupani resigns, here's a look at the life and political career of BJP's second-longest... 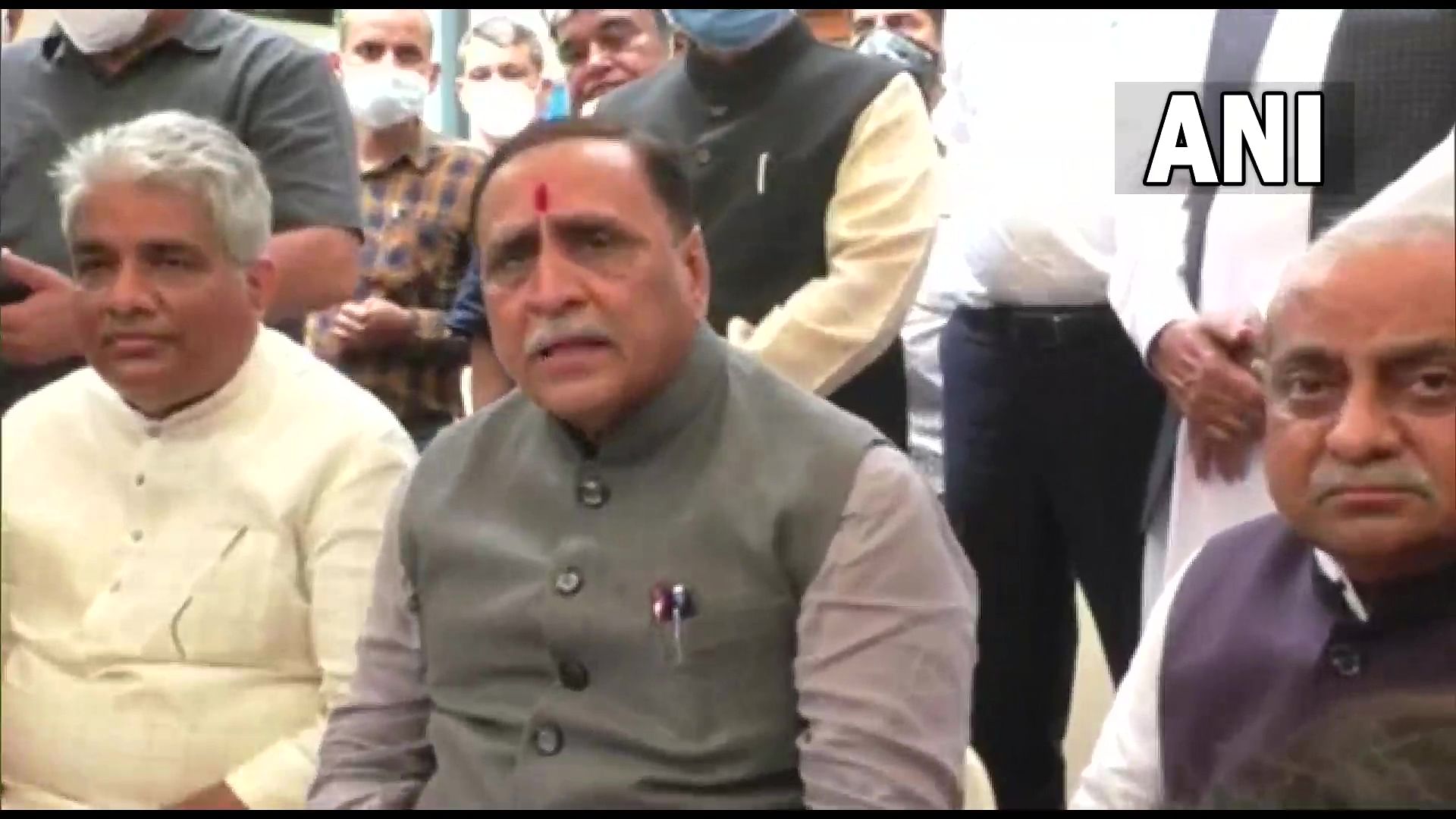