Ecology is the basis of every economy on this planet, said Sadhguru thrusting on the urgent need to Save Soil

Sadhguru also handed the Save Soil Policy Handbook to the Chief Minister which offers practical, scientific solutions that governments can put into action based on the soil type, latitudinal positions, and agricultural traditions of a given nation.

Commending Sadhguru for the 30,000 km lone motorcycle journey in 27 nations for Save Soil, Dr. Pramod Sawant, Goa Chief Minister said, “I am really impressed with the fact that Sadhguru has rightly foreseen soil infertility. Land degradation will threaten our global food security. Hence, Goa state has come forward to support Sadhguru’s Save Soil movement.” The Chief Minister highlighted a slew of measures the Goa Government undertook to improve the Sustainable Development Goals (SDG) and expressed his confidence that, “With this signing of MoU with the Government of Goa and Isha Outreach, our local farmers, ecology, and the economy will tremendously benefit for exchange of ideas and techniques in conserving our soil.”

Read Also
On Day 3 Of Isha’s Leadership Program HINAR 2022, Focus On Execution Of Sadhguru’s Journey For... “Ecology is the basis of every economy on this planet,” said Sadhguru wondering about the basis of the ‘Ecology v/s Economy’ debate in the first place. Calling the destruction of the soil- the very basis of life- a sacrilege, Sadhguru questioned, “The body that you carry is soil, the clothes that you wear is soil...tell me one thing that is not soil.” Drawing parallels between the nurturing quality of soil and mother, Sadhguru mused if we are to treat our mother as a resource. Adding further, he highlighted, “Everything that we are using right now comes from the soil. And we have forgotten that soil is the source of life and we are treating it like a resource.”

The profound extravaganza of Goan culture was on full display followed by performances by Isha Samskriti students drawing relationships between humans and soil. Sadhguru during the event also launched a video Amchi Mati sung by the students of Bal Bhavan, Goa. 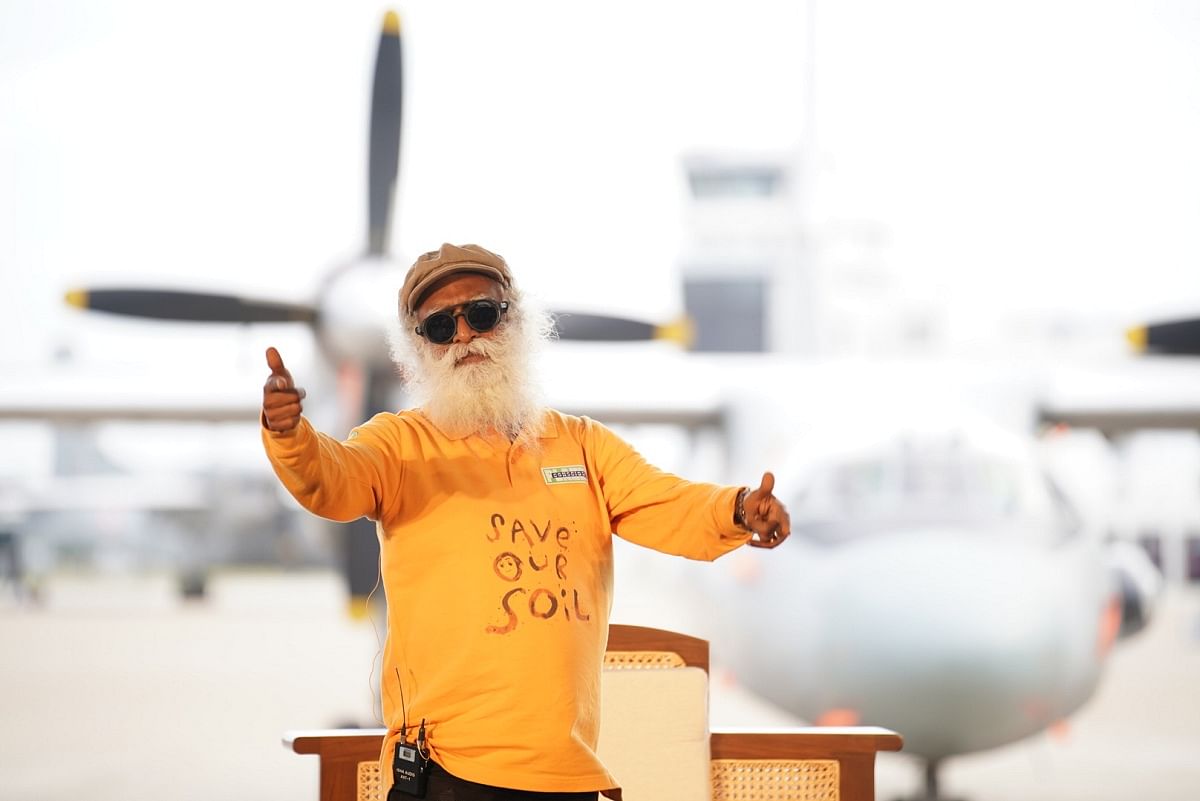 In March, Sadhguru embarked on a lone motorcycle journey as part of the Movement to Save Soil from extinction globally. According to The Economics and Land Degradation (ELD) Initiative 2015, 52% of our planet’s agricultural soils are already degraded and incapable of yield. Food and Agriculture Organization (FAO) predicts crop yields could fall by up to 50% in certain regions by 2050 due to climate change and soil extinction. The objective of the Movement is to prevent this catastrophe, urging nations to mandate 3-6% organic content in agricultural soils around the world. This is the minimum organic content required to keep soil fertile and capable of yield and prevent it from turning into sand.

Sadhguru’s 30,000 km Journey for Soil began on March 21 in London and passed through 27 nations in Europe, Central Asia and the Middle East before culminating in India. Sadhguru also addressed the 15th session of the Conference of Parties to the United Nations Convention to Combat Desertification (UNCCD COP15) in Ivory Coast in May. Representatives of 197 nations were in attendance. In the same month, Sadhguru also spoke at the World Economic Forum (WEF) in Davos. At both events, Sadhguru urged political, business and cultural leaders to facilitate urgent and decisive policy-driven steps to halt rapid desertification of the Earth. The UNCCD predicts that at the current rates of soil degradation, 90% of the earth could turn into desert by 2050 – less than three decades from now. 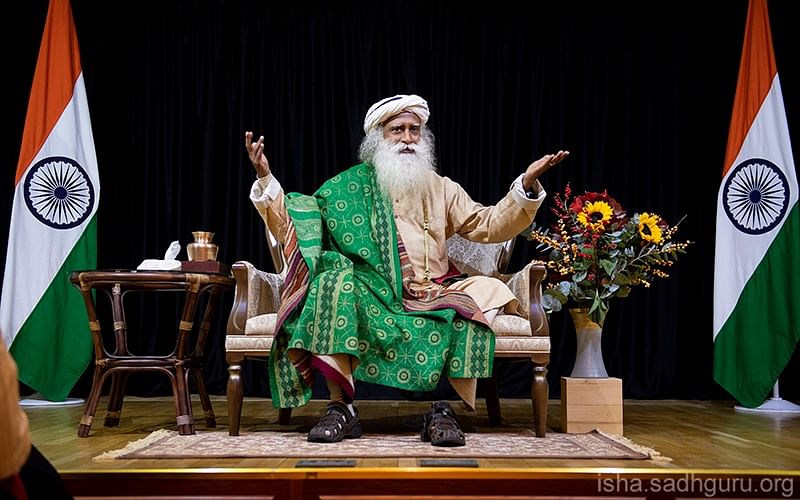 Till date, 80 countries have pledged to Save Soil from extinction, and before Goa, 8 Indian states have signed MoUs with Isha Outreach to save soil in their states, including Gujarat, Rajasthan, Uttar Pradesh, Madhya Pradesh, Maharashtra, Telangana, Andhra Pradesh and Karnataka. In Delhi, Sadhguru met with Prime Minister Shri. Narendra Modi on World Environment Day - 5th June – seeking the central government’s support for the Movement. The Prime Minister lauded the Save Soil effort and reflected the shared concerns and commitment to improving the soil health in India.

Conscious Planet: Save Soil, is a global movement to inspire a conscious approach to saving our soil and planet. This is, first and foremost, a people’s movement. The movement demonstrated the support of over 3.9 billion people (more than 60% of the world’s voting population) around the world and is empowering governments to initiate policy-driven action to revitalize soil and halt further degradation. World leaders, influencers, artists, experts, farmers, spiritual leaders, NGOs and citizens are vocally supporting the movement to re-establish Humanity’s relationship with Soil.
Website: savesoil.org