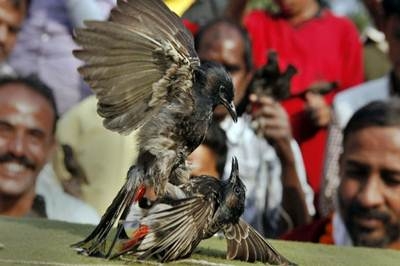 New Delhi: The Gauhati High Court has issued order staying the 400-year-old Bulbul fight at Hajo in Kamrup district which is being organized during Bhogali Bihu.

Hearing a petition filed by the Animal Welfare Board, Justice Rumi Kumari Phukan stayed the fight till 20th of this month. The petition was filed challenging the earlier order of the Gauhati High Court which last year said that the centuries old Bulbul fight to be continued at Hajo.

According to a Humane Society International press release, bulbuls are protected under the Wildlife Protection Act, 1972 and are reportedly captured from the wild by villagers who then train them by intoxicating their food with marijuana and starve the bird a night before the fight.