Notably, Brar is a close associate of Lawrence Bishnoi, a prime accused in the Sidu Moose Wala murder case.

Identifying the two shooters, Manpreet Manu and Jagdeep Rupa, as his men, Brar, in his post said that the two had called him from Punjab.

He claimed that he had asked the slain sharpshooters to surrender before the police at the time of the ongoing encounter. 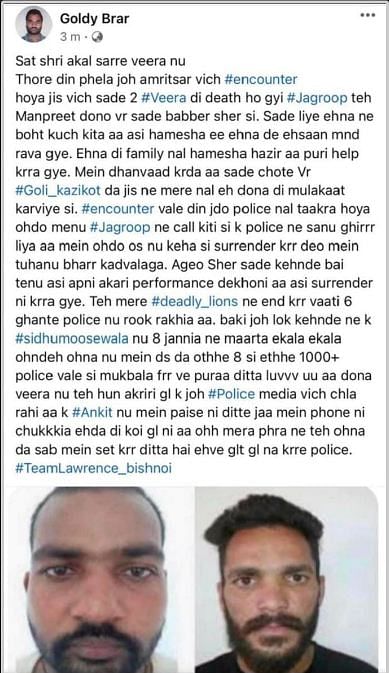 He further informed through his post that the families of both the shooters have been compensated and they will provide all the help to the family of Manu and Rupa.

Notably, Brar is a close associate of Lawrence Bishnoi, a prime accused in the Sidu Moose Wala murder case.

An encounter took place in Amritsar on Wednesday between the Punjab Police and two gangsters, believed to be involved in the killing of singer Sidhu Moose Wala.

According to official sources, gangsters Jagroop Singh Roopa and Manpreet Singh alias Mannu Kusa, who were allegedly involved in the killing of the singer, were at large and were gunned down by Punjab police in a four-hour long encounter.

Days after the Punjab government reduced the security cover of many VIPs and VVIPs, Congress leader and popular Punjabi singer Sidhu Moosewala was shot dead near Mansa in May this year.

Read Also
Bihar: Six killed as house collapses due to blast in Chapra 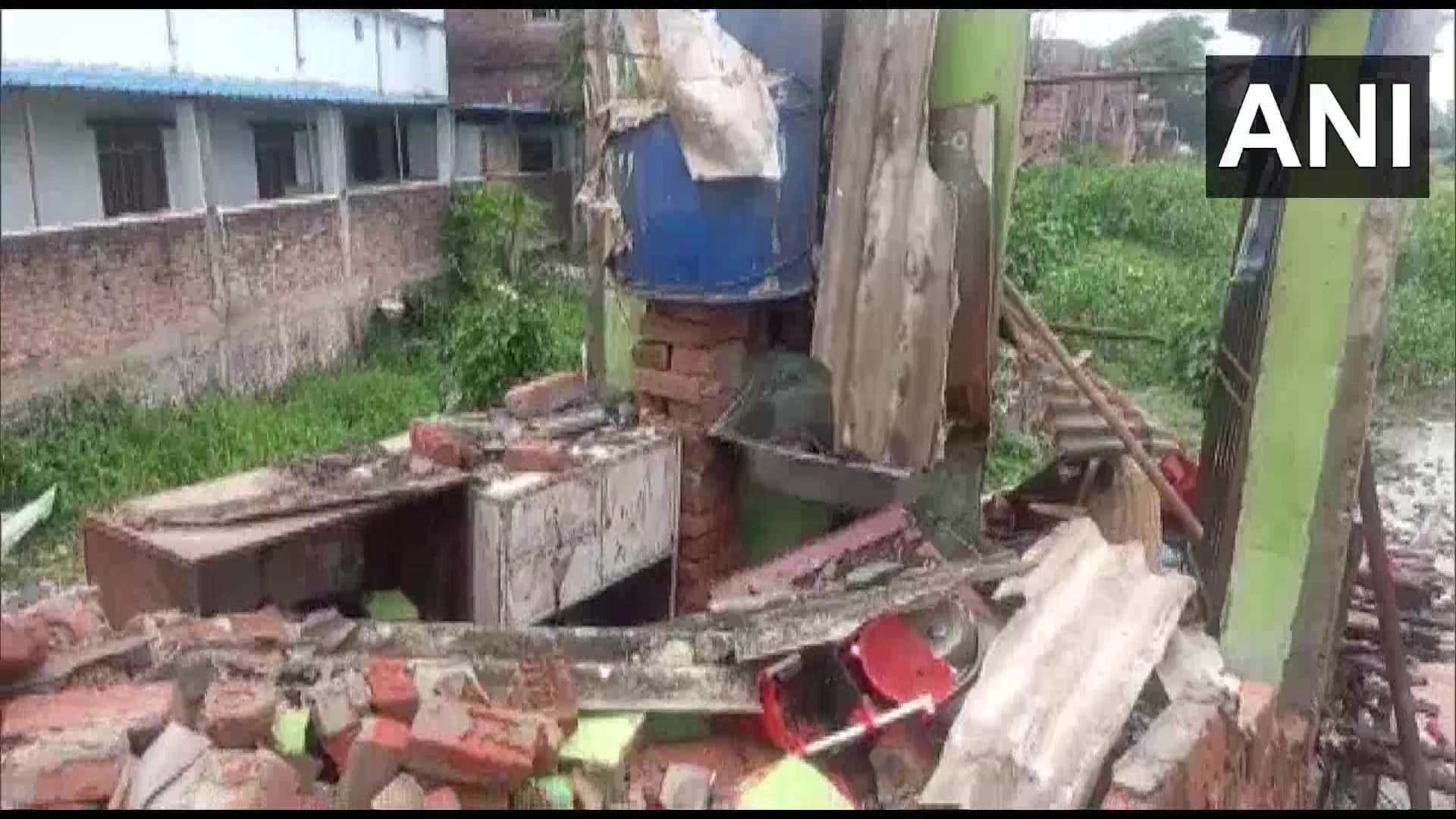