From 'right to internet' to freedom to marry irrespective of faith: 5 progressive court judgments of 2020

To account for an indispensable authority, the courts have to walk the thin line, balancing customs, security, legislation, and the codified laws and norms of the land.
FPJ Web Desk 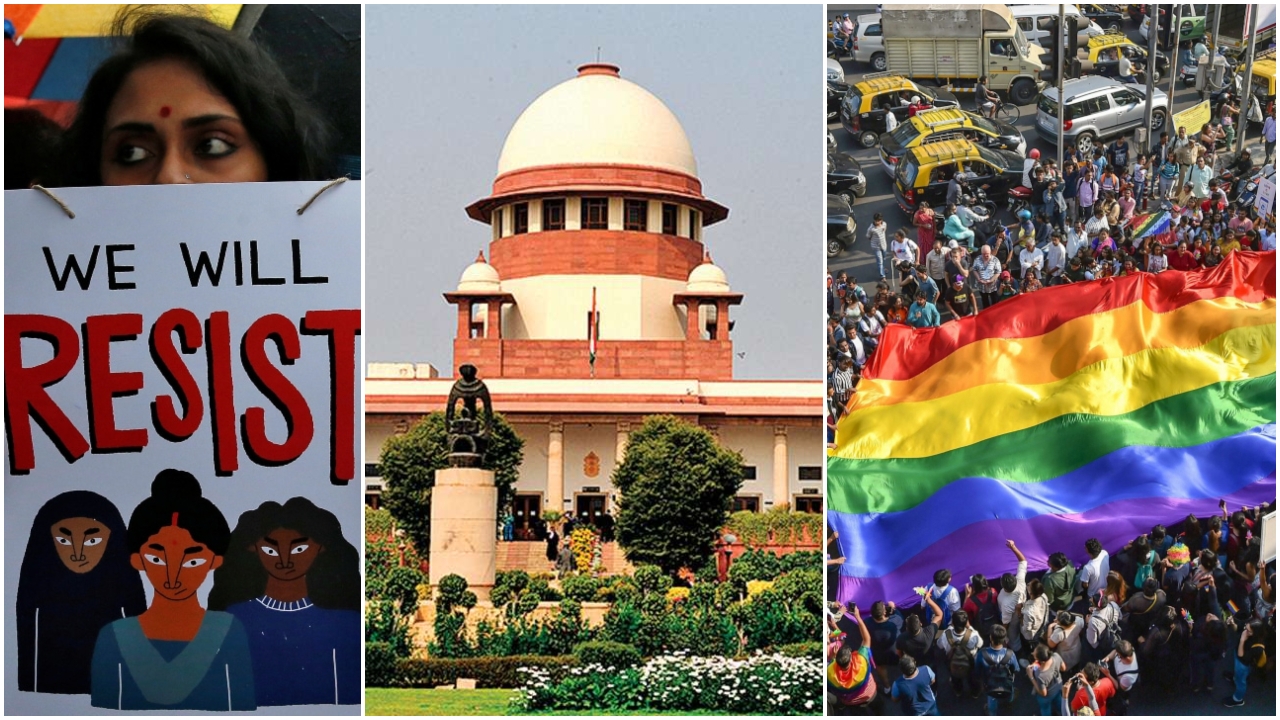 Due to the dominant role it plays in public life, the courts also hold the paramount responsibility of shaping the democracy and enacting social justice to the public sphere. | File Photo

The Judiciary of India is often regarded as the most sacrosanct of all the democratic institutions of the country -- due to its overarching powers to interpret and apply the law, potentially shaping the lives of its 138 crore citizens.

Due to the dominant role it plays in public life, the courts also hold the paramount responsibility of shaping the democracy and enacting social justice to the public sphere, where they often are the last stand for an aggrieved individual subdued by the societal structures that oppress them.

To account for this indispensable authority, the courts have to walk the thin road, balancing customs, security, legislation, and the codified laws and norms of the land. Even so, every so often, the judiciary makes a landmark judgement, benefitting the lives of a significant section of the society and reinforcing their places in the social contract.

These are the landmark progressive judgements, delivered by courts in India, in 2020: 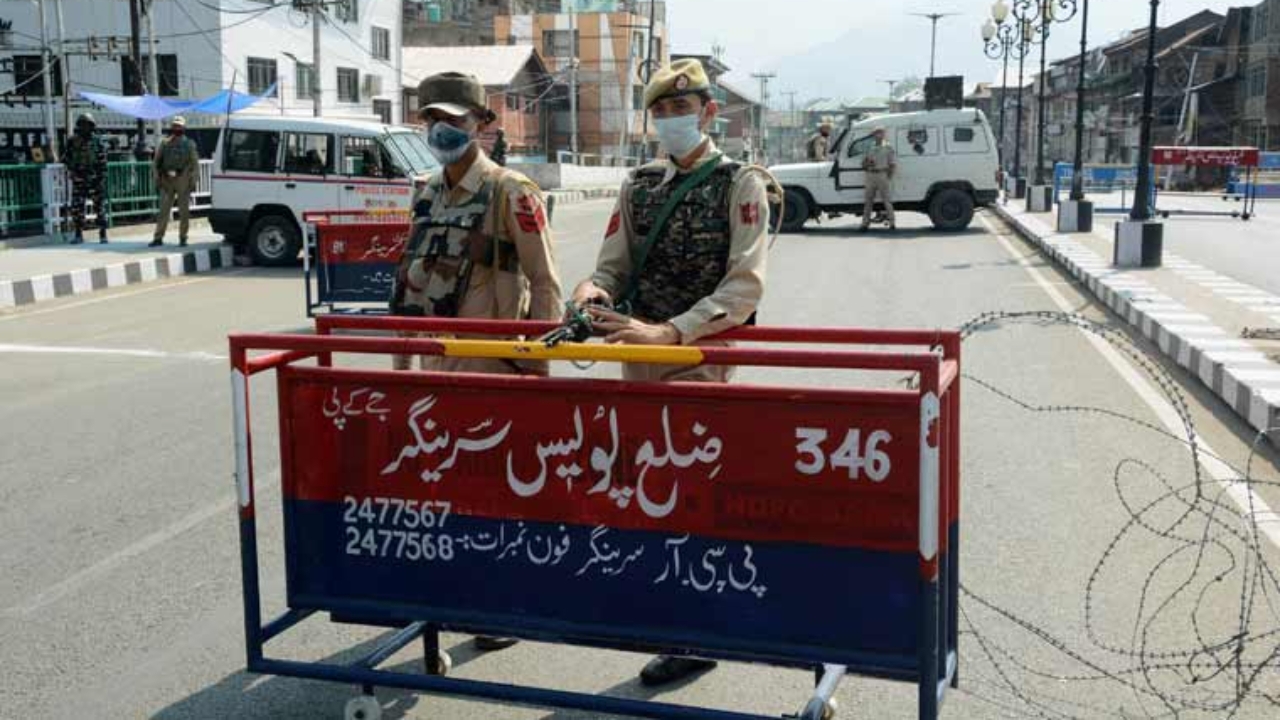 In the Anuradha Bhasin & Anr v Union of India and Ors, a recent case in 2020, the Supreme Court upheld the ‘Right to Internet’.

For the uninitiated, when Article 370 of the Indian Constitution was abrogated in August last year, leading to the revocation of the special status of Jammu and Kashmir (J&K), the Section 144 of the CrPC (curfew) was also applied in periodic stretches in the erstwhile state -- leading to the restriction of the internet.

However, the Supreme Court, in a significant ruling in January this year, said that access to the Internet is a fundamental right under Article 19 of the Constitution, and asked the Jammu and Kashmir administration to review all orders imposing curbs in the union territory. 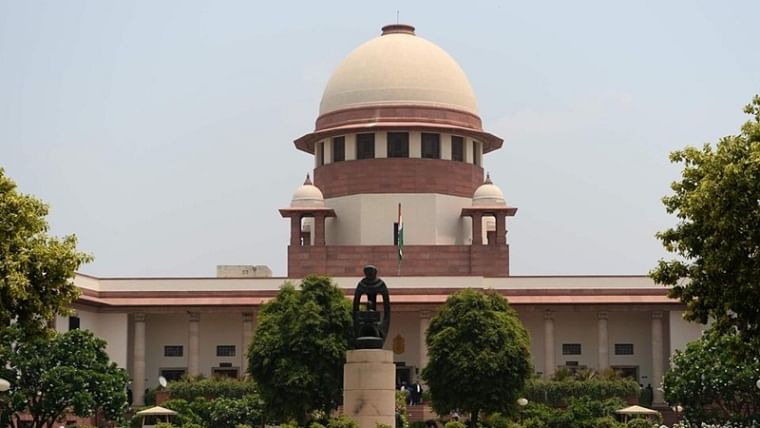 'Freedom of Internet is a fundamental right under Article 19': SC rebukes Centre

The court said that the internet has become an “essential part of everyday life” and therefore the “freedom of speech and expression” and the “freedom to practice any profession” requires the right to the Internet as a “fundamental right”.

The court acknowledged that prohibiting internet access due to overarching reasons is “valid”; however, it must only be done under “unavoidable circumstances”. It also noted that the imposition of restrictions under Section 144 of the CrPC can be done on the “apprehension of danger” but it cannot “suppress legitimate opinion”.

Moreover, repetitive orders like these lead to the restriction of public opinion and the abuse of power, the court noted. Therefore, restricting public opinion in social media through the curtailing of the internet is not valid, according to the judgement.

2. Allahabad HC on conversion for marriage 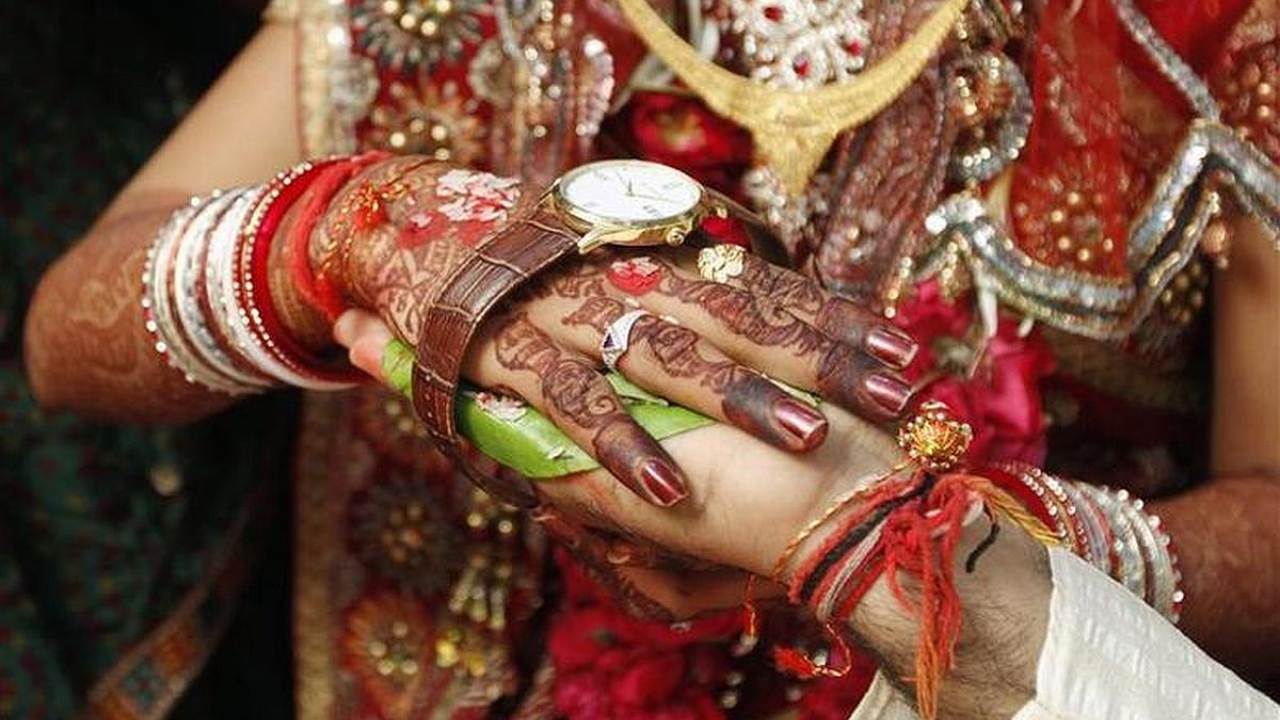 In what reportedly came as a substantial blow to the Yogi Adityanath-led Uttar Pradesh government’s proposed “Anti-Conversion Law”, aka the ‘Love Jihad’ law, the Allahabad High Court, in November this year, held that its earlier judgment which held that religious conversion just for the purpose of marriage is unacceptable is ‘not good law’.

A Division Bench of Justice Vivek Agarwal and Pankaj Naqvi held that the judgments in Noor Jahan and Priyanshi as not laying good law pic.twitter.com/qgbsHVeskx

The earlier judgment, passed by Justice Mahesh Chandra Tripathi, had observed that religious conversion just for the purpose of marriage is unacceptable. 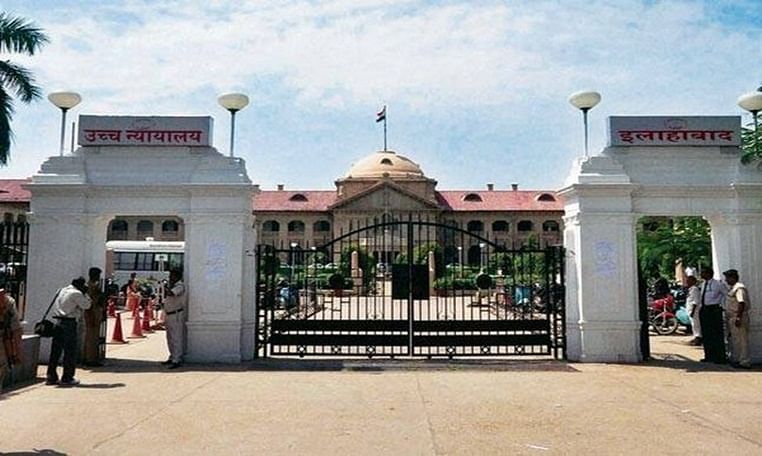 Your partner your choice, irrespective of faith: Allahabad High Court

However, overturning that order, a Division Bench of Justice Vivek Agarwal and Pankaj Naqvi later held that the earlier judgement dealt with neither “the issue of life and liberty of two matured individuals in choosing a partner” nor their “right to freedom of choice as to with whom they would like to live”.

3. 'Right to residence' of aggrieved women under the Domestic Violence Act 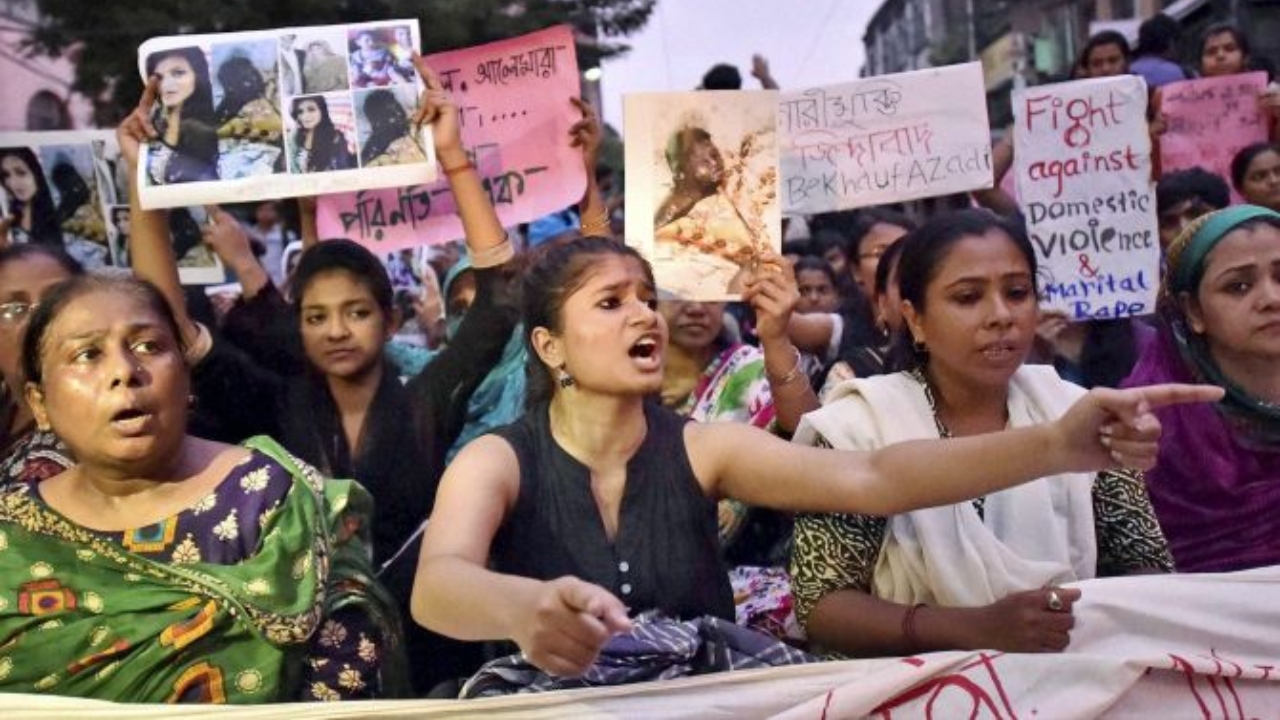 In a landmark instance of amending its earlier judgement, the Supreme Court, in Satish Chander Ahuja v Sneha Ahuja case in October this year, acknowledged that its earlier interpretation of the term “shared residence”, as a right to be claimed by an aggrieved married woman under the Domestic Violence Act, 2005, was erred.

Earlier in 2007, the Supreme Court had said that a married woman, seeking relief from domestic abuse under the DV Act, 2005, was guaranteed her right to “shared residence” only if the aforementioned residence in either legally belonged to the husband, or if it was the property of the joint family. In cases where, for instance, the married couple was living in a household which legally belonged to the husband’s parents, the wife could not claim her stay there as part of the right to “shared residence”.

However, in the 2020 landmark case, the Supreme Court acknowledged that its earlier interpretation of the “shared residence” was erred in interpreting the provisions of the DV Act. In the case at hand, the court extended the definition of the “shared household” to incude property either owned/co-owned or rented by a ‘respondent’ i the aggrieved woman’s complaint.

The Court also held that a ‘shared household’ is also one that may also belong to a joint family of which the aggrieved person is a member irrespective of whether they have any right, title or interest in the shared household.

Therefore, the judgement is considered progressive since it removes the boundary in law that earlier put restrictions for an aggrieved woman to escape the spectre of potential homelessness and now helps her better deal with the systemic injustices in familiar structures that enable domestic violence. She can now claim the right to ‘shared residence’ even in case of properties that belong not only to the husband but also his relatives who have treated the aggrieved person with domestic violence.

In a significant ruling for gay rights, the Uttarakhand High Court, while hearing a petition in June this year, noted that consensual cohabitation or 'live-in' between two consenting adults of the same sex is neither illegal nor a crime.

A High Court Bench, headed by Justice Sharad Kumar Sharma, noted that such a right to live together even outside of a wedlock is a "fundamental right which is guaranteed to a person under Article 21 of the Constitution of India."

The court noted that the provision was "wide enough to protect an inherent right of self-determination with regards to one’s identity and freedom of choice with regards to the sexual orientation of choice of the partner.

The Delhi High Court has also issued a notice to the central government on a plea seeking recognition for same-sex marriages. 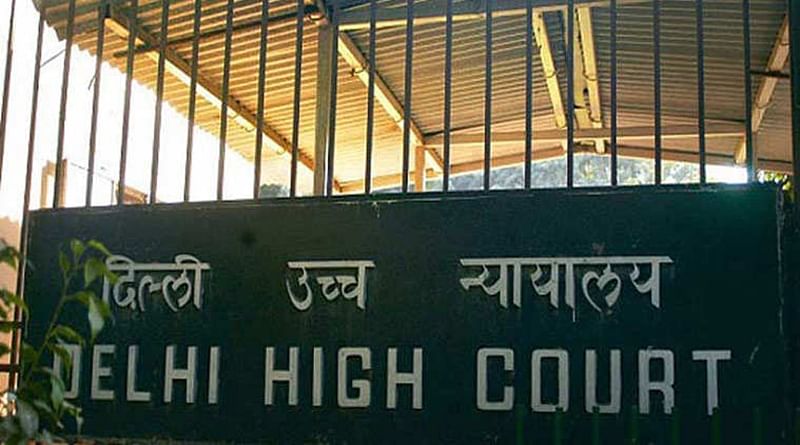 Following in on the verdict, the Odisha High Court also ruled in August this year same-sex couples will be allowed to continue a live-in relationship and can avail state protection under a threat.

“The state shall provide all kind of protection to them, which are enshrined in Part-III of the Constitution of India, which includes the right to life, right to equality before law and 18 equal protection of law,” the High Court Bench observed, “There is hardly any scope to take a view other than holding that the petitioner has the right of self-determination of sex/gender and also he has the right to have a live-in relationship with a person of his choice even though such person may belong to the same gender as the petitioner.” 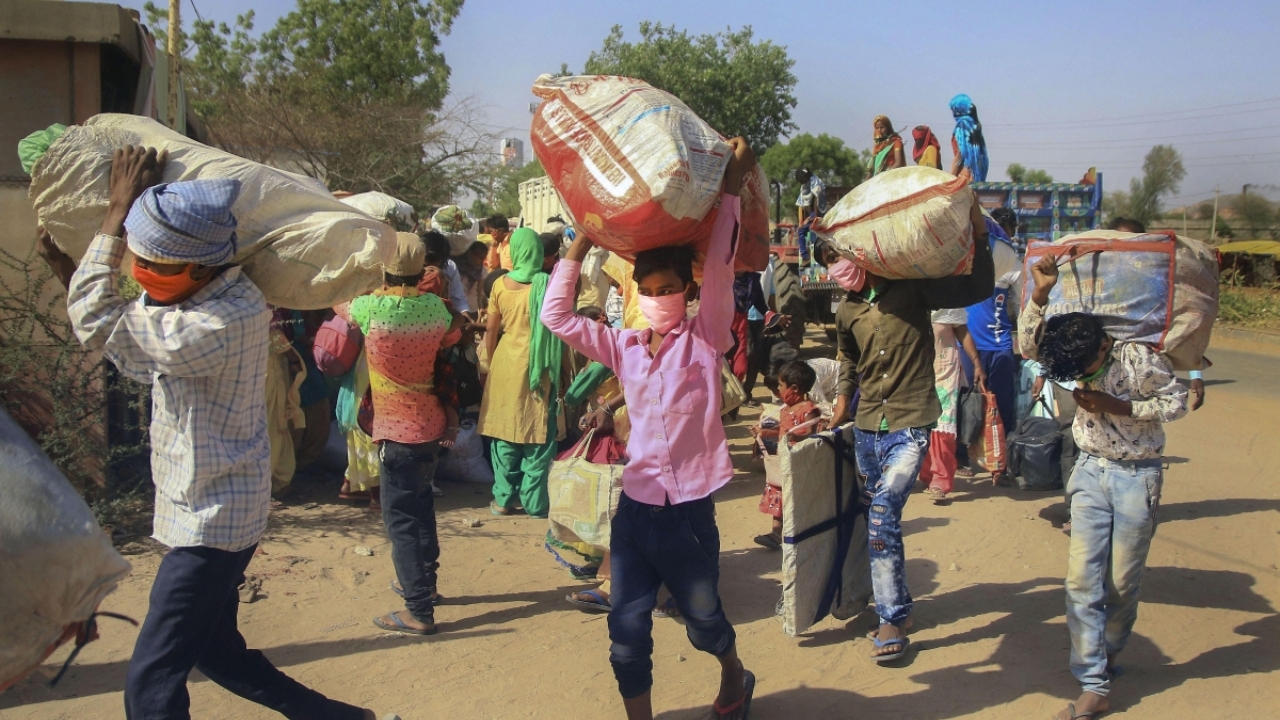 Ever since the coronavirus disease (COVID-19) pandemic outbreak struck, different Indian states have been tweaking or suspending their labour laws citing the crisis as a reason.

The Gujarat government had also earlier this year sent a notification, exempting factories from paying overtime wages to the workers.

However, a Supreme Court Bench, headed by Justice D Y Chandrachud with Justice K M Joseph as the second judge, quashed the Gujarat government's notification, holding that the burden of economic slowdown can’t be put on the workers alone, who are the backbone of the economic activity.

The verdict came on the petitions by Gujarat Mazdoor Sabha, challenging the April 17 notification of the Gujarat Labour and Employment Department, which granted exemptions to all factories in Gujarat from provisions of the Factories Act, 1948, relating to daily working hours, weekly working hours, intervals for rest and spread-overs of adult workers, and even from the duty to pay overtime wages at double rate as fixed under section 59 of the Act.

It said the court is aware of the financial hardship faced by the factories due to ongoing Covid-19 pandemic and the lockdowns, but they cannot be a potent reason to override the statutory provisions providing proper wages to the workers.

The Bench held that the statutory rights of workers should not have been done away with as the pandemic is not an internal emergency threatening the security of the country.

It is thus, an extremely significant judgment in the sense that the verdict acknowledges labour rights as one defined under basic human rights, which authoritiative regimes cannot just erase away with a single line in legislation. In many ways, the vigilance of the judiciary, through this judgment, has ensured that labour movements, struggling for the rights of the working class, remain an active part of the democracy.

(All photos via agencies)