From chopping hand of Punjab police ASI to Singhu border murder case: Who are the Nihangs? 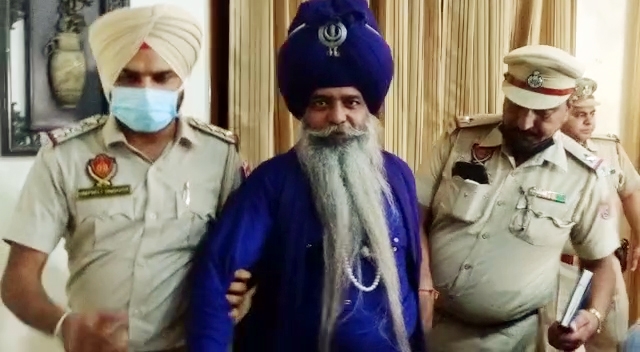 Earlier on Friday, the body of a man, with hands and legs chopped off, was found hanging on a police barricade at the farmers' protest site near the Singhu border.

The man has been identified as Lakhbir Singh, a resident of village Cheema Khurd in Tarn Taran district of Punjab. The deceased, about 35-36 years old, who used to work as a labourer, has no criminal record or affiliation with any political party, said the police.

A Nihang Sikh, who was allegedly involved in killing farm labourer Lakhbir Singh at Singhu border on Friday, was arrested by the Punjab police on Saturday. The second accused, Narayan Singh, was arrested from Rakh Devidass Pura at Amarkot village in the district.

The first accused has been identified by the police as Sarvajeet Singh who was earlier detained from Kundli in Sonipat on Friday evening.

Why did they kill the man?

The accused has confessed that he killed Lakhbir after he was told that he had insulted Guru Granth Sahib. He got angry and cut off his limbs and bled him to death.

Who are Nihang Sikhs?

The 'Nihangs' are dressed in a loose blue tops and are armed with traditional weapons. Early Sikh military history was dominated by the Nihang, known for their victories where they were heavily outnumbered.

They were also in news last year when people dressed like Nihangs attacked the police in Punjab. Assistant Sub Inspector's hand was chopped off and two other police officials were injured when a group of people allegedly attacked them in Punjab's Patiala district in April 2020. Hero returns: Punjab cop whose hand was chopped off by Nihang Sikhs, gets rousing welcome at home