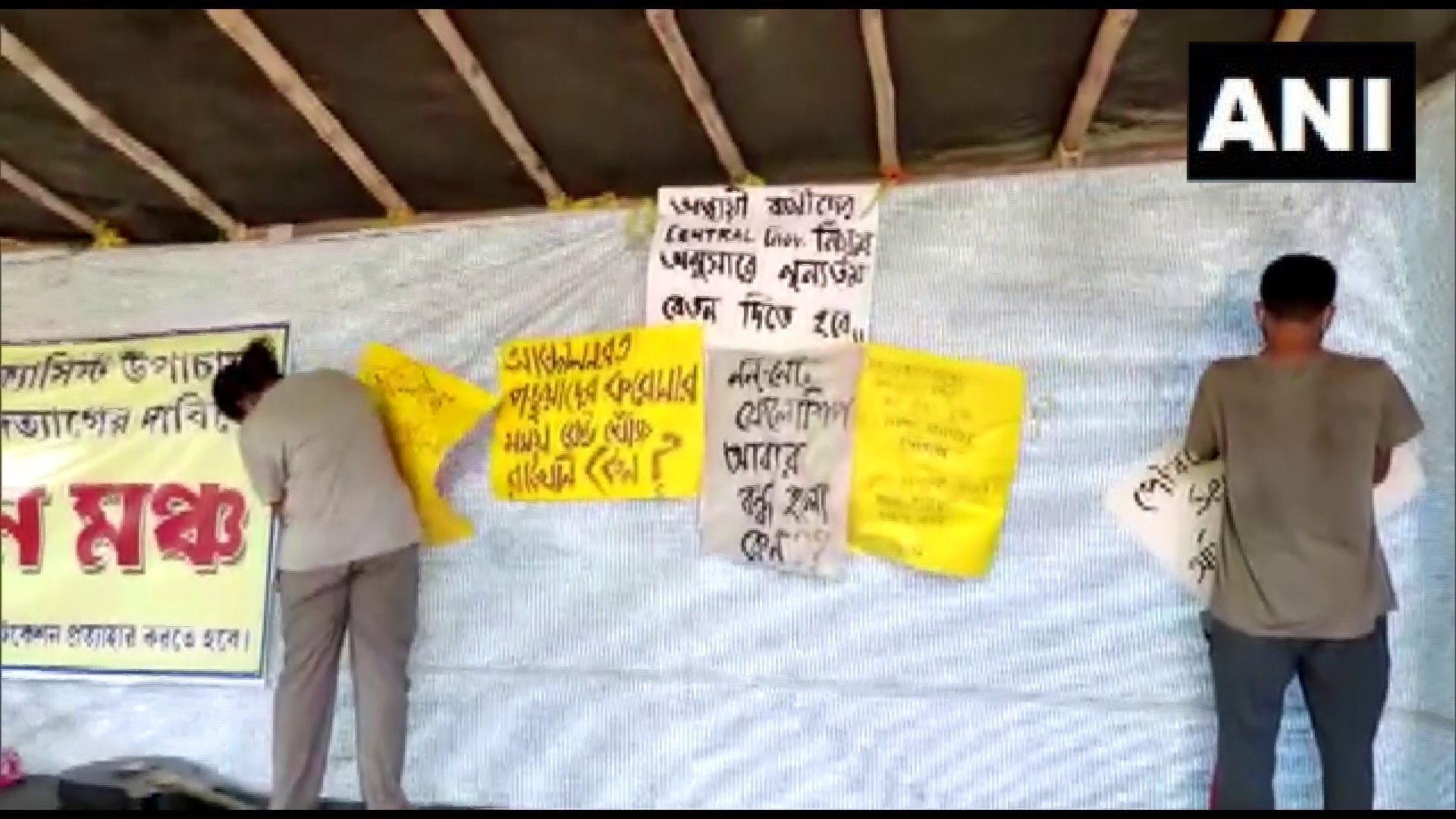 Bolpur: Two days after a section of University authorities moved the Calcutta High Court over Visva- Bharati university issue, the High Court on Friday had asked the protesting student to open the door of Vice-chancellor Bidyut Chakraborty’s residence and also instructed the students to protest leaving 50 meters from VC’s residence.

According to a lawyer, in keeping with the students’ right the court had asked the students to hold the protest in an ‘orderly manner’.

“The court had also asked the Shantiniketan police to break the lock of VC’s residence so that staffers of the varsity can enter”, said the lawyer.

Notably, the protesting students had put the VC of the central varsity at house arrest for the last seven days as Bidyut Chakraborty on August 23 had rusticated three students for three years for taking part in a campus protest in January.

However, showing respect to the verdict of Calcutta High Court the protesting students had vacated the place.

Notably, on Thursday doctors were denied entry to enter the residence of VC even after the VC felt sick.

According to a protesting student Somenath Sou, "the VC was not sick".

“We demanded two students will enter the residence with the medical team but the VC didn’t agree. Had the VC been genuinely sick then they would have allowed us”, said Somenath.

It can be recalled that on Thursday a group of faculty members of Visva Bharati University had written a letter to Prime Minister Narendra Modi seeking a probe against the vice chancellor.

“We demand an investigation into the complaints against Chakraborty by an independent committee headed by a serving or retired judge of a Calcutta High Court,” read the letter.