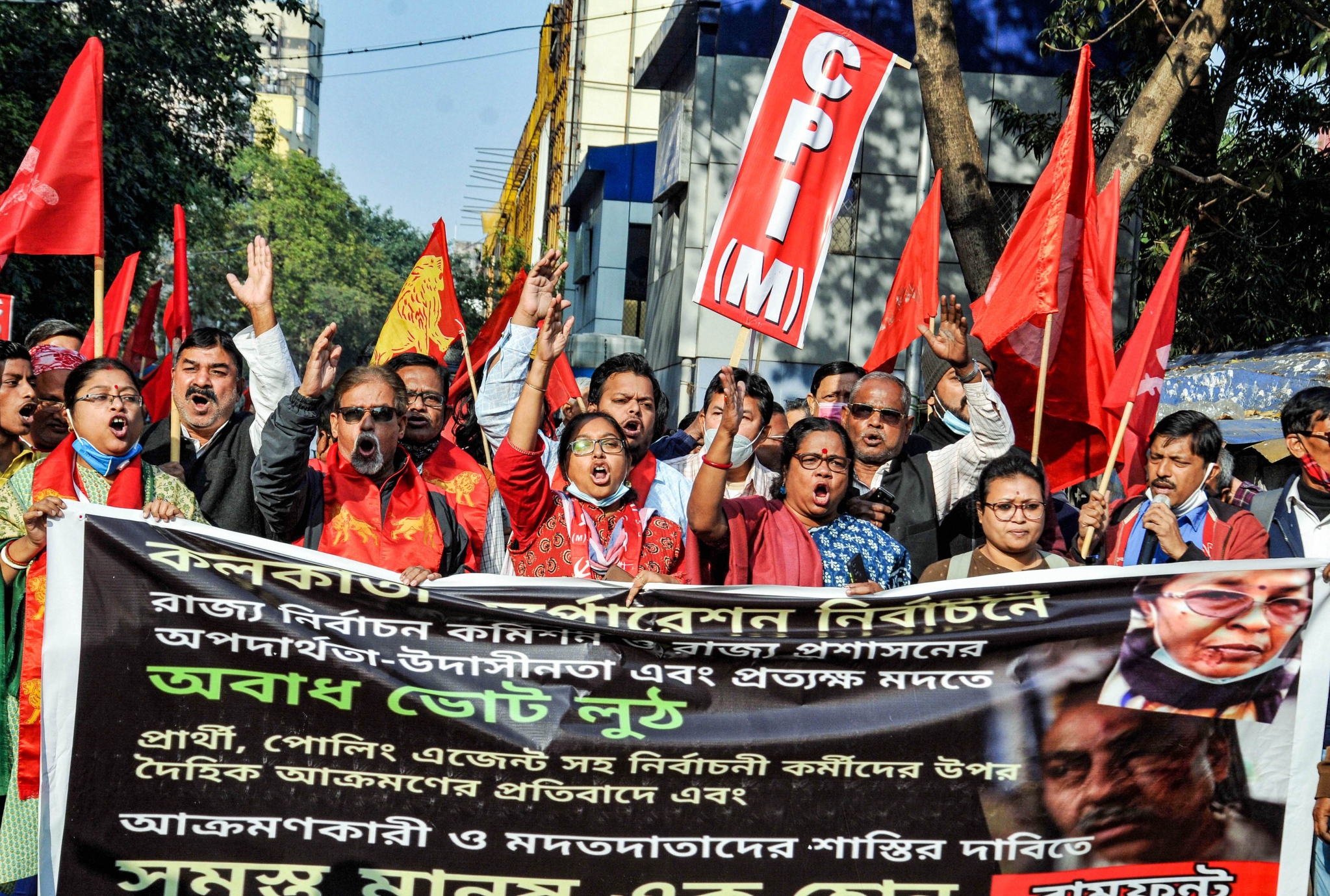 CPI(M) ward 2 candidate Debolina Sen also moved the court with the same demand hearing of which is due on December 23.

Incidentally, hearing of the CAPF deployment plea by the BJP during the KMC polls is also due on December 23.

Meanwhile, Kolkata turned into a battlefield after BJP cadres and police clashed during their protest rally over alleged atrocities during the poll.

BJP state general secretary Sayantan Basu and Pratap Banerjee along with Kalyan Chaubay were present at the protest rally.

After Kalyan Chaubay tried to break Kolkata Police’s barricade, the police had to resort to lathi charge following which BJP headquarters at Muralidhar Sen Lane turned into a battlefield.

According to police officials, the saffron camp didn’t have proper permission to hold the protest rally.

“The saffron camp just tried to break the protocol by conducting the agitation rally. They didn’t take any prior permission for the same,” said a police official.

Notably, four prison vans were sent to the spot to detain several party workers and leaders. Several women cadres of the party were injured during the clash between BJP and the police.

According to BJP general secretary Sayantan Basu, the TMC is breaking the democracy of the state.

“We all have seen what happened during the KMC polls. It is a mockery and under Mamata Banerjee’s rule there is no democracy in the state. Until the KMC poll is not cancelled the BJP will continue with their protest. Henceforth, wherever didi goes saffron camp cadres will demonstrate there,” said Basu.

BJP spokesperson Shamik Bhattacharya said, “Massive rigging was underway during KMC polls. We have witnessed the slaughter of democracy. The way the leader of opposition Suvendu Adhikari was restricted inside his residence was unprecedented. Police barricaded the entire area around our party headquarters and lathicharged. Senior leader Pratap Banerjee was arrested along with many others,” claimed Bhattacharya.

However, the Left Front and Congress also agitated in front of the State Election Commission (SEC) office and demanded a repoll.

Senior CPI (M) leader Ashim Mitra said that till the election commissioner Sourav Das meets the CPI (M) delegation till then they will continue with their protest.

KMC chairperson Firhad Hakim, however, claimed that the opposition are playing ‘cheap politics sensing their defeat in the polls’.