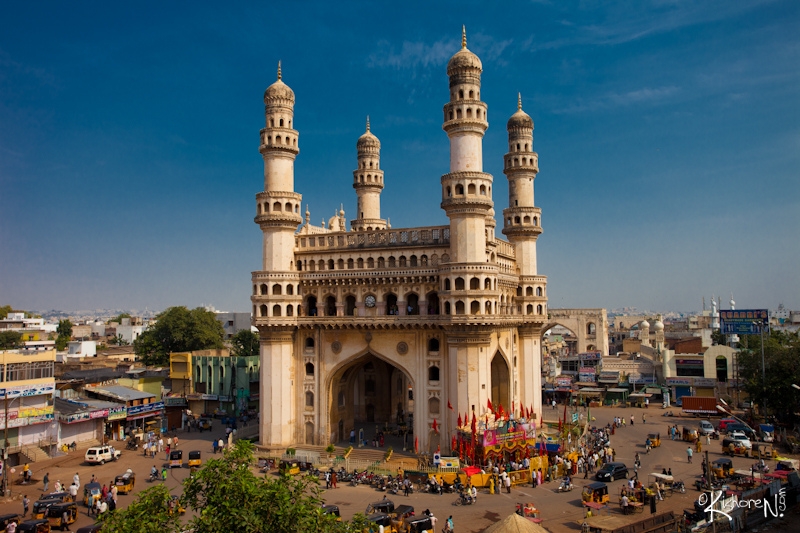 Calls to rename Hyderabad have received fresh impetus ahead of the municipal elections in the city, with prominent BJP leaders including Uttar Pradesh Chief Minister Yogi Adityanath discussing the issue in recent days. The suggestion here is to restore the old name of the city, Bhagyanagar - a move that Adityanath implied would be made feasible if the BJP was voted to power.

The earliest records pertaining to the city of Hyderabad as an administrative hub are from the Qutub Shahi Dynasty that ruled the Golconda Sultanate in south India from 1518 AD to 1687 AD. It is believed that, Muhammad Quli Qutb Shah had founded the city of Hyderabad. According to the Telangana Tourism website, he had shifted his capital from Golkonda to Hyderabad on the banks of the river Musi.

This is different from the State of Hyderabad that would eventually be founded by Mir Qamruddin Chin Qilich Khan. Later, he conferred himself the title of Asaf Jah, by which title the dynasty is still known. While some insist that Hyderabad was never Bhagyanagar (more on this later), most popular accounts suggest that the names are linked to Muhammad Quli Qutb Shah's Hindu wife. Rather interestingly, the name Hyderabad is also thought to be derived from her name.

Legend has it that the Sultan had fallen in love with a local nautch girl (some accounts dub her a temple courtesan) named Bhagmati. There are many stories about how the two were enamoured with each other and the city is believed to have been named Bhagyanagar in her honour. According to the stories, she would go on to convert to Islam after marrying him, and is thought to have been the Queen. While some theories suggest that the name Hyderabad comes from the title she had adopted (Hyder Mahal) other accounts suggest that the name is linked to Quli Qutb Shah's son Haidar.

Not everyone, however, is convinced about Bhagmati's existence or about the old name of the city. While the legend of the Hindu queen continues to remain popular, some have professed skepticism citing the fact that not much evidence is available when it comes to her. Artifacts such as coins and miniatures do not bear her name, and according to reports that quote scholars, the State Archives that houses revenue documents and ‘farmans’ archived from 1884 make no mention of Bhagyanagar. Another concerning issue here is the fact that while the graves of two other courtesans of note, Premamati and Taramati, are located in the royal necropolis at Golconda, the tomb of Bhagmati is conspicuously absent.

According to some reports however, the existence of Bhagmati is reinforced by the accounts of other contemporary rulers such as the Tabqat E Akbar Shahi and CE Ferishta's History of the Deccan. Some historians are convinced of only part of the story, even as others insist that the legend is rooted in facts. As such, while some accept the existence of the queen, they remain skeptical about the old name of the city. Others still are of the opinion that the city had once been known as Baghnagar or the city of gardens - wholly unrelated to the Queen.