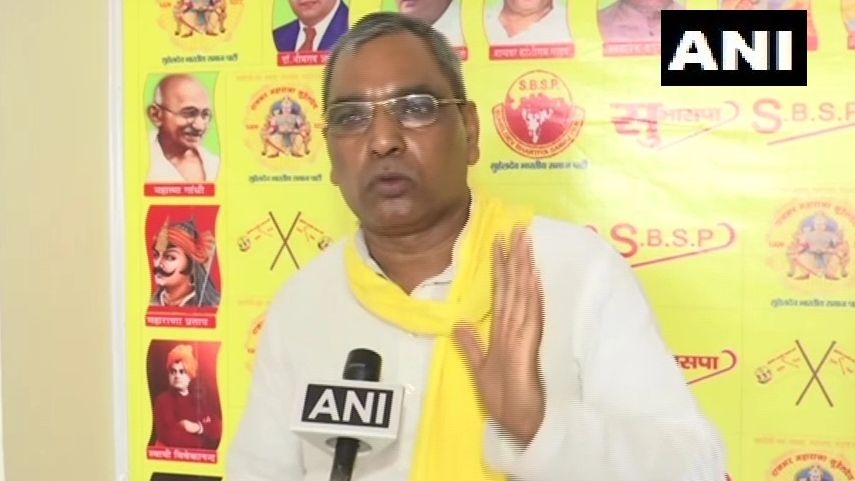 In an unexpected turn of events, Om Prakash Rajbhar, former minister and president of the Suheldev Bhartiya Samaj Party (SBSP), met UP BJP chief Swatantra Dev Singh at the latter's residence on Tuesday morning, triggering fresh speculations of his return to the saffron fold.

The SBSP was a BJP ally till 2019 when UP chief minister Yogi Adityanath dismissed Rajbhar from his council of ministers.

Swatantra Dev Singh, after an hour-long meeting, said it was 'just a courtesy call' with no political agenda.

"We simply met cordially and chatted," he said.

Rajbhar has been trying to muster support from other parties and has formed the Bhagidari Sankalp Morcha to cobble up support from various groups in the OBC category.

Meanwhile, sources in the BJP said that the meeting between the UP BJP chief and Rajbhar was arranged by BJP state vice-president Daya Shankar Singh.

Rajbhar confirmed that he and Swatantra Dev Singh discussed the activities of their respective political parties.

Asked whether he was planning to ally with the BJP again, Rajbhar said, "In politics anything can happen."

Political experts, on the other hand, said that Rajbhar was probably testing waters to increase his bargaining position among non-BJP parties.