FIR against Rahul, Priyanka, 200 other Congress workers in Noida under Epidemic Diseases Act 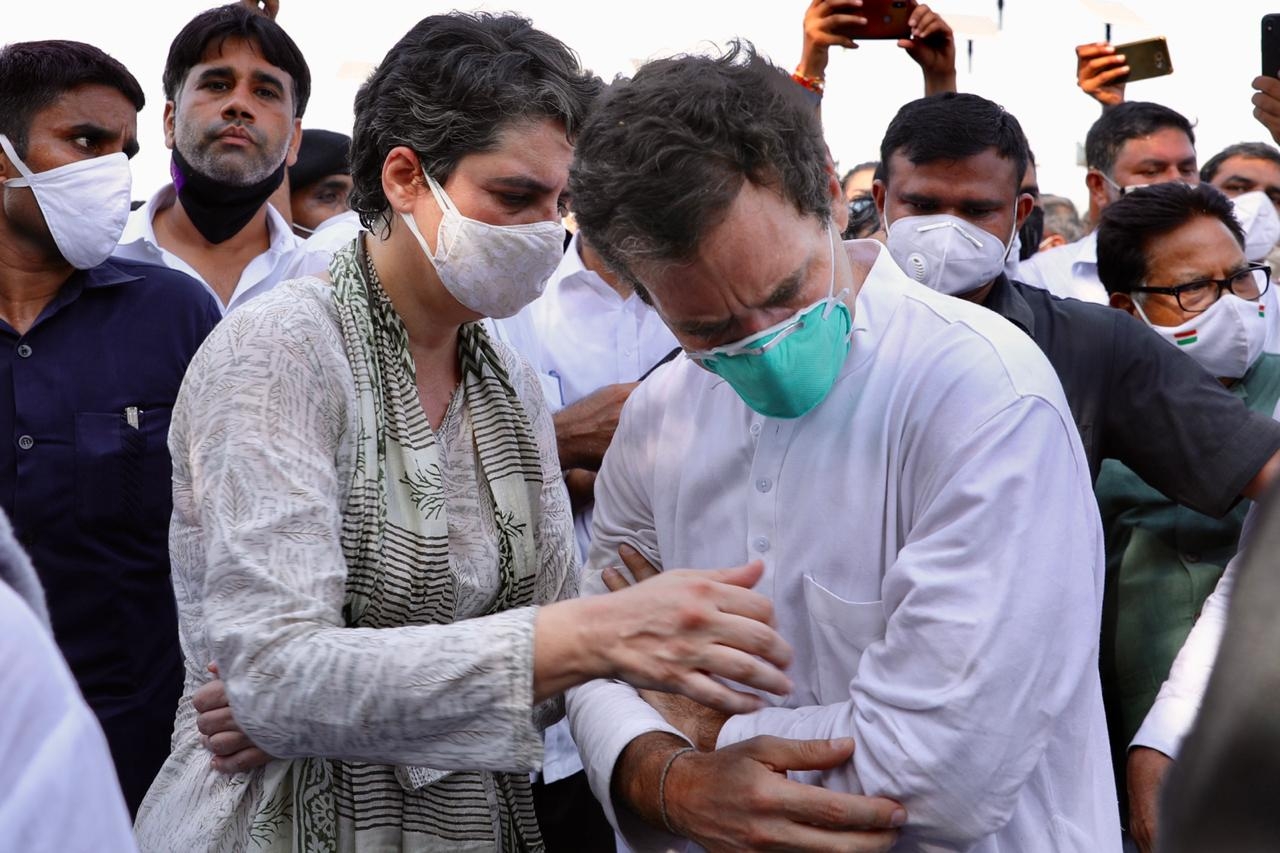 The police in Uttar Pradesh's Gautam Buddh Nagar on Thursday said it has lodged an FIR against Congress leaders Rahul Gandhi, Priyanka Gandhi Vadra and around 200 other party workers under The Epidemic Diseases Act for not maintaining social distancing and not wearing face masks.

"Some party members have also been booked for indulging in a scuffle during which some women constables were hurt while the uniform of a lady sub-inspector got torn," the Gautam Buddh Nagar police said in a statement.

Earlier in the day, around 200 Congress workers, including senior leaders of the party, had started a march on the expressways in Greater Noida after their convoy was stopped near Pari Chowk. The two Gandhi siblings and around 150 party workers were briefly detained by the police and later released on personal bond, a senior officer told PTI.

The party workers were en route to Hathras to meet the family of the 19-year-old Dalit woman, who had died in a Delhi hospital on Tuesday, a fortnight after she was allegedly gang-raped near her village in western UP.