Alleging that the Delhi government counted toilets as classrooms to inflate figures related to school infrastructure, it said the AAP's education model was actually an "extortion model"

New Delhi: The BJP on Monday alleged a scam in the Delhi education department, saying the city government increased the budget for the construction of classrooms in its existing schools, ignoring the Central Public Works Department's guidelines.

Alleging that the Delhi government counted toilets as classrooms to inflate figures related to school infrastructure, it said the AAP's education model was actually an "extortion model".

"Corruption is in the DNA of Arvind Kejriwal. It's not AAP sarkar but PAAP ki sarkar (government of sins). He and (Manish) Sisodia are experts in corruption... Where did this money go? Did it go in your pocket, Arvind Kejriwal ji? Did you take note of the report? What action did you take on it?" BJP spokesperson Gaurav Bhatia said at a press conference here.

"You, your party and your corrupt ministers will be punished under the law of the land... you will not be spared," he said.

"The AAP government promised to construct 500 new schools in Delhi. That never happened. They then said they will build more classrooms in the existing schools. The number of rooms was increased from 2,400 to 7,180. The construction cost was increased by up to 90 per cent," he alleged.

Citing the CVC report, Bhatia said only 4,027 additional classrooms were constructed against the assessed requirement of 6,133 classrooms.

According to sources, 1,214 toilets were constructed in 194 schools against the requirement of 160 toilets at an extra expenditure of approximately Rs 37 crore.

Bhatia said according to the CVC report, only two rainwater harvesting systems were found installed against the public works department's claim of 29.

The sanctioned amount for these projects was Rs 989.26 crore. The award value of all the tenders was Rs 860.63 crore. However, the actual expenditure went up to Rs 1,315.57 crore, Bhatia said.

"Why did you not float a new tender. Was is to benefit your friends?" he said.

Delhi BJP chief Adesh Gupta, who also addressed the media, asked why the Delhi government did not make the CVC report public for two-and-a-half years.

"It's a serious issue... You did not even spare the temples of education. The Kejriwal government is running a series of corruption," he said. 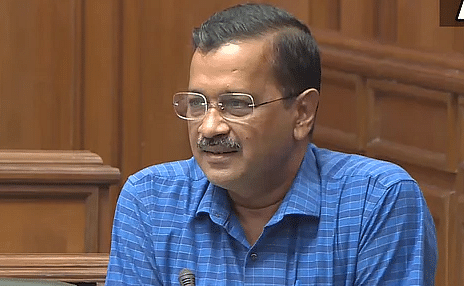 Congress leader Digvijaya Singh drops out of race for party president post, will back Mallikarjun...