'Essential for everyone to come together to defeat BJP': Mamata Banerjee after 'chai pe charcha' with Sonia, Rahul Gandhi 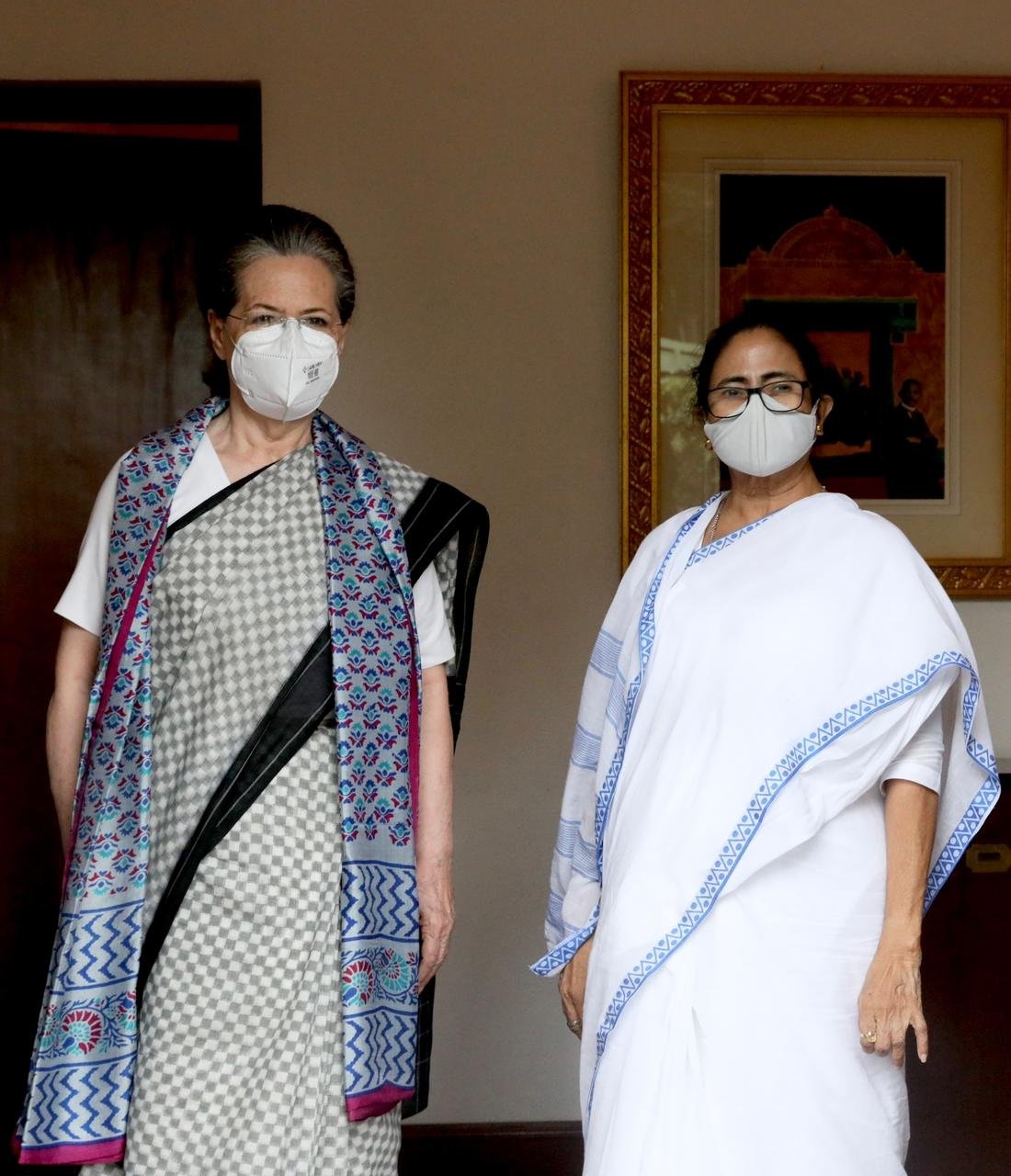 'Essential for everyone to come together to defeat BJP': Mamata Banerjee after 'chai pe charcha' with Sonia, Rahul Gandhi |

West Bengal Chief Minister Mamata Banerjee on Wednesday after her 'chai pe charcha' with Congress interim president Sonia Gandhi and Rahul Gandhi said it is essential for everyone to come together in order to defeat the ruling Bharatiya Janata Party (BJP). The Trinamool Congress (TMC) supremo said, in the meeting with the Gandhis, they discussed the political situation in general, the Pegasus spyware row and the COVID-19 situation.

"Sonia ji invited me for tea, Rahul ji was also there, We discussed the political situation in general, Pegasus & COVID situation and also discussed the unity of opposition. It was a very good meeting. I think the positive result must come out in the future," the West Bengal Chief Minister said.

When asked if she will lead the Opposition in the 2024 Lok Sabha elections, Mamata Banerjee said, "It is essential for everyone to come together in order to defeat BJP...Alone, I am nothing - everyone will have to work together. I am not a leader, I am a cadre. I am a person from the street."

Banerjee also slammed the Prime Minister Narendra Modi-led government over the Pegasus snooping scandal. "Why is the Govt not replying to Pegasus? People want to know. If policy decisions are not made in Parliament, if discussions are not held there, where will it take place? This is not done at tea stalls, this is done in the Parliament," she said.

After the meeting with Prime Minister Narendra Modi on Tuesday, the West Bengal CM said that the PM should call an all-party meeting on the Pegasus issue. "There should be a Supreme Court-monitored probe in this matter," she added.

Notably, West Bengal had on Monday set up a two-member inquiry commission to probe the Pegasus spyware row.

Mamata Banerjee said that the panel will probe the "illegal hacking, tracking and recording of mobile phones in West Bengal".

Nath, after meeting the TMC supremo, said he had come to congratulate Banerjee for her victory in the recent assembly elections. "We have not discussed any strategy. That will be discussed by the leader of our party. We just discussed the current situation and the issue of rising prices," the Congress leader told reporters. Nath said Banerjee's victory in the assembly polls has sent a message across the country.

Later, Banerjee met Anand Sharma. During the meeting, Sharma is reported to have told her that there cannot be a non-BJP front without the Congress as it is a national political party with a pan-India presence. "Mamata Banerjee and I have close ties as we've worked together for years. I appreciate her for how she fought the recent polls and won. She's come to Delhi for 1st time after victory, so I came and had tea with her," Sharma told reporters.

Reports said Banerjee's Delhi visit, is part of her efforts to cobble up a national front against the BJP. The TMC supremo is apparently seeking to take up a larger role in national politics prior to the 2024 Lok Sabha elections.