The letter added that forcing the State Governments to depute officers would surely aggravate the governance deficit in various States due to the shortage of officers.

The chief minister of Kerala and Tamil Nadu on Sunday wrote a letter to PM Modi and urged the Centre to drop the move to bring amendments to IAS (Cadre) deputation rules, saying it will create ''fear psychosis'' among civil service officials to implement the state government policies.

In a letter to Prime Minister Narendra Modi, Kerala Chief Minister Pinarayi Vijayan said the present deputation rules are themselves heavily loaded in favour of the Union and bringing in further stringency will weaken the very root of cooperative federalism.

''The proposed amendments in the Deputation Rules of All India Services will definitely induce a fear psychosis and an attitude of hesitancy among All India Service Officers to implement policies of a state government, which are formed by party/parties politically opposed by the ruling party at the Centre'', Vijayan said in his letter.

He said the Kerala government is of the opinion that ''these proposed amendments'' may be dropped.

Notably, Tamil Nadu Chief Minister MK Stalin also wrote to the Prime Minister on Sunday requesting him to drop proposed amendments to IAS (Cadre) Rules, 1954 and "instead engage with State governments to further strengthen the federal spirit of the nation."

The letter added that forcing the State Governments to depute officers would surely aggravate the governance deficit in various States due to the shortage of officers.

"State Governments are on the forefront of the implementation of various programmes including the schemes of the Union Government at State level. The States also face frequent natural disasters which demand services of IAS officers in the State more than elsewhere," the letter stated.

Tamil Nadu is the latest to join the growing list of states that have risen in opposition to the proposed amendment to the rules.

Stalin said the new rules would cause “irreparable damage” to the spirit of cooperative federalism that exist between the Union and the states and result in the concentration of powers with the Union Government.

The union government has proposed an amendment to the IAS (Cadre) Rules, 1954, which would enable it to post IAS officers on central deputation, bypassing reservations of state governments.

(with PTI and ANI inputs) 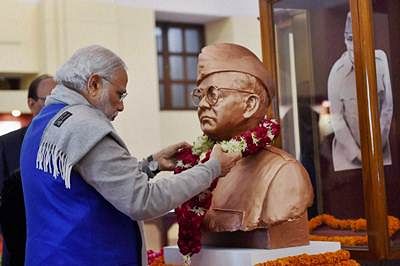