It is also the goal of the government that there must be at least one medical college in every district of the country: PM
Agencies 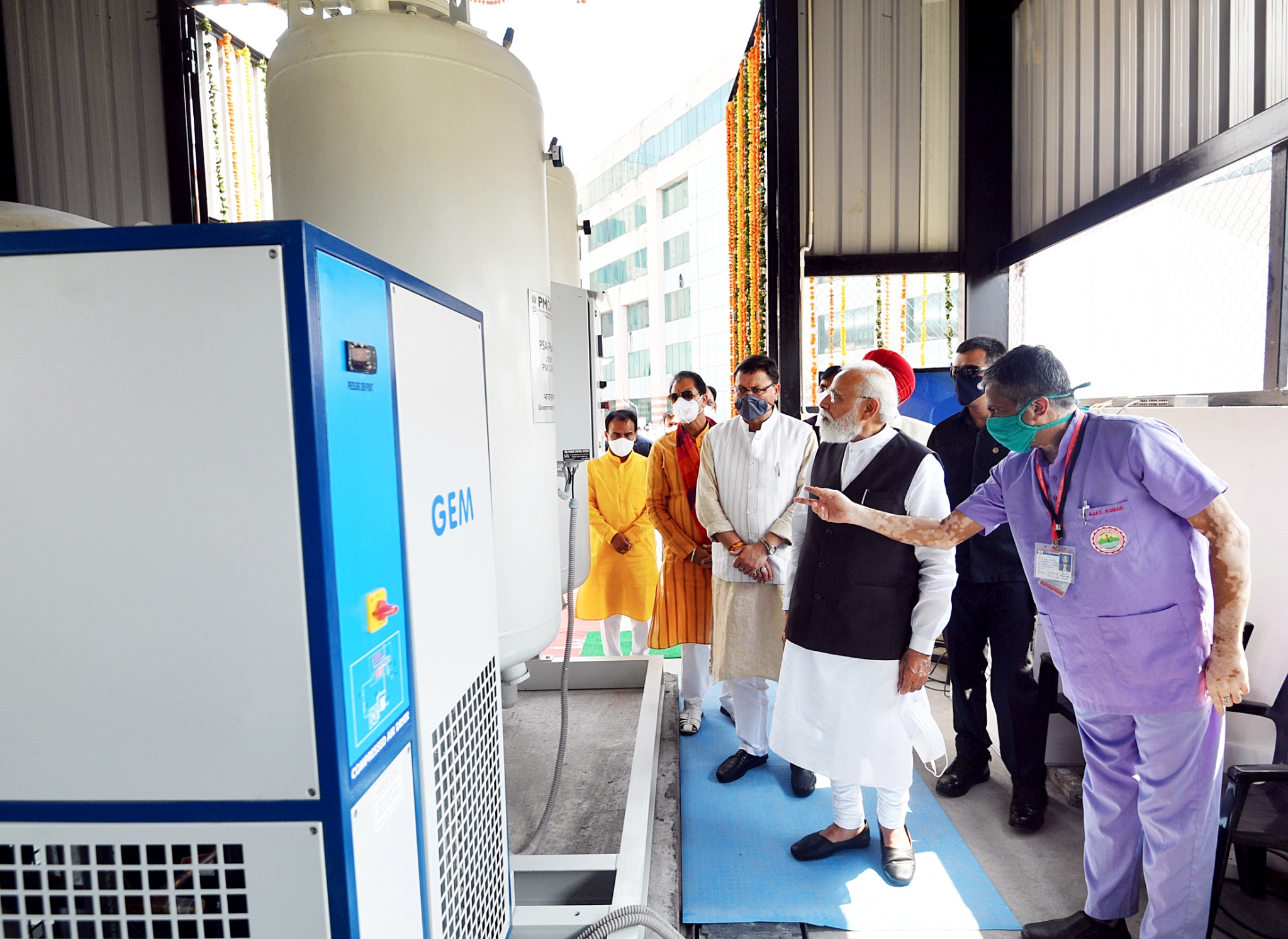 Rishikesh: Prime Minister Narendra Modi on Thursday made a pitch for people's support to the BJP in the upcoming assembly elections in Uttarakhand, saying his government has been extending all help to the ‘new team’ in the state and the ‘double engine’ of development will take the hilly region to new heights.

Addressing a gathering after inaugurating 35 pressure swing adsorption (PSA) oxygen plants across India in an event at AIIMS Rishikesh, he also said that only a few states had AIIMS till six to seven years back but work is now on to take India's foremost medical college and hospital to every state.

"It is also the goal of the government that there must be at least one medical college in every district of the country," he said.

Modi told people of Uttarakhand that this is the right time to think of where the state will be heading when it completes 25 years in the near future and to get together to work in that direction.

"Yahi samay hai, sahi samay hai (This is the time, this is the right time)," he said, adding that the shared efforts of the Centre and the state government are a big basis for realising the dreams of people and cited a number of development measures undertaken in Uttarakhand, which was carved out of Uttar Pradesh in 2000.

The state will face assembly polls early next year along with four other states.

Patting Chief Minister Pushkar Singh Dhami's back twice during the event, Modi addressed him as "my friend" and described him as an enthusiastic CM.

He said Dhami, who is the son of a soldier, told him that people of Uttarakhand have benefited from the implementation of 'one rank, one pension scheme'.

The ruling BJP will face the challenge from the opposition Congress in its bid to retain power. The party had recently changed two chief ministers in the state in a short span of time.

Modi cited a number of measures taken by the government, including one rank one pension for veterans, creation of a war memorial and infrastructure boost across the state, which has a sizable number of households having members serving or retired from the military.

In just two years, over six lakh houses in the state have got piped water connections, he said, noting that only 1.3 lakh households had the supply in 2019 while now 7,10,000 houses of Uttarakhand are getting piped water.

He also highlighted the efforts made by the government to boost health infrastructure ranging from production of masks and protective kits to development of a vaccine and its roll out across the country, and asserted that their development in such a short span of time shows India's capabilities.

It now has over 3,000 testing labs from only one when the pandemic struck the country, he added.

With the new plants, over 1,150 oxygen plans funded by PM CARES are working and every district in the country has now been covered by them, he said.

The prime minister said it will be a matter of pride for every citizen that over 93 crore Covid vaccine doses have been administered so far and the figure will soon cross 100 crore.

India is now carrying out the world's largest and fastest vaccination campaign, he noted.

The government, he said, now goes to citizens and does not wait for them to approach it with their problems.

As he completed 20 years as the head of a government, including 13 years as Gujarat chief minister between 2001 and 2014, on Thursday, Modi also recalled his old association with the state known for its religious and spiritual heritage, and said his relation with its land is not only of the heart but also of action.

Noting that the state was created by the Atal Bihari Vajpayee-led government, Modi said the former prime minister believed that connectivity is directly related to development.

Due to his inspiration, work is being done now for improving connectivity infrastructure in the country at an unprecedented speed and scale, he said. 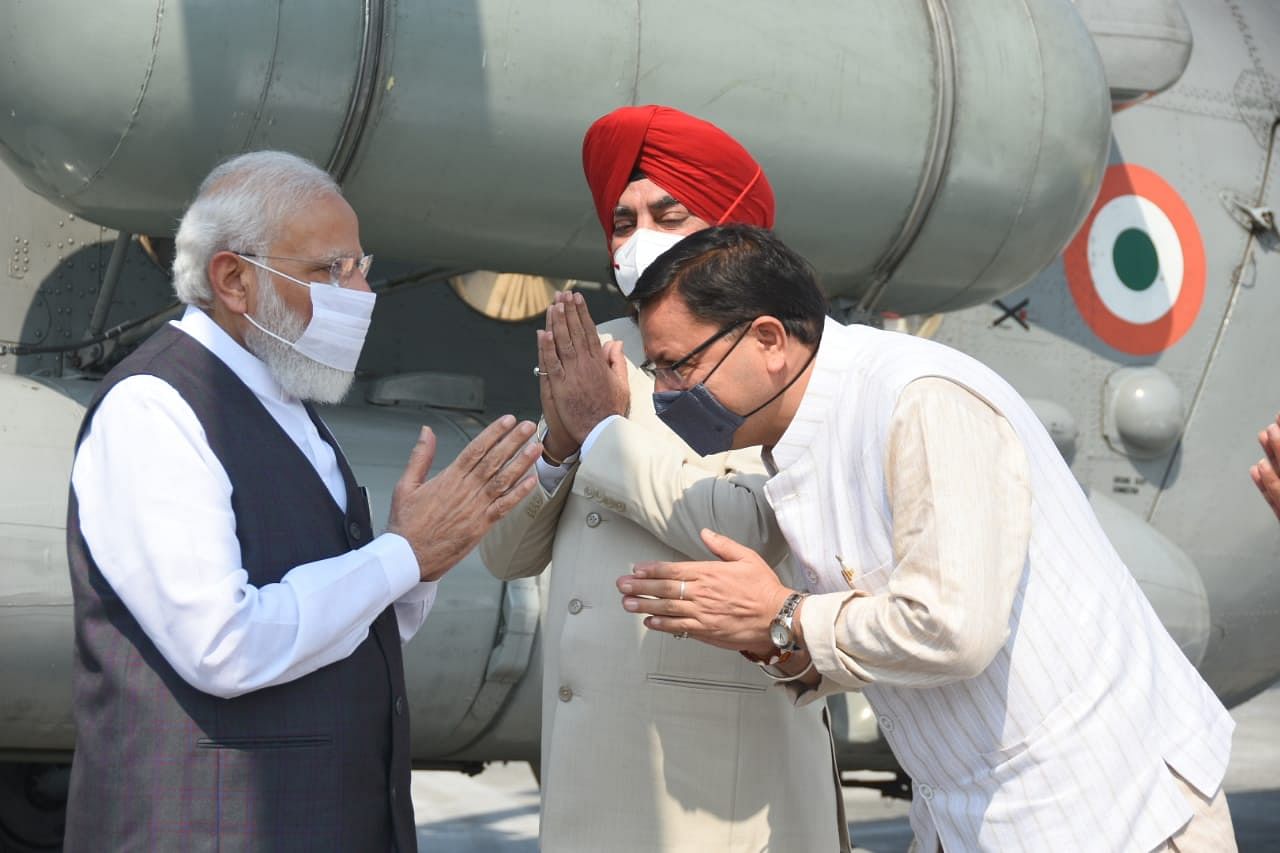