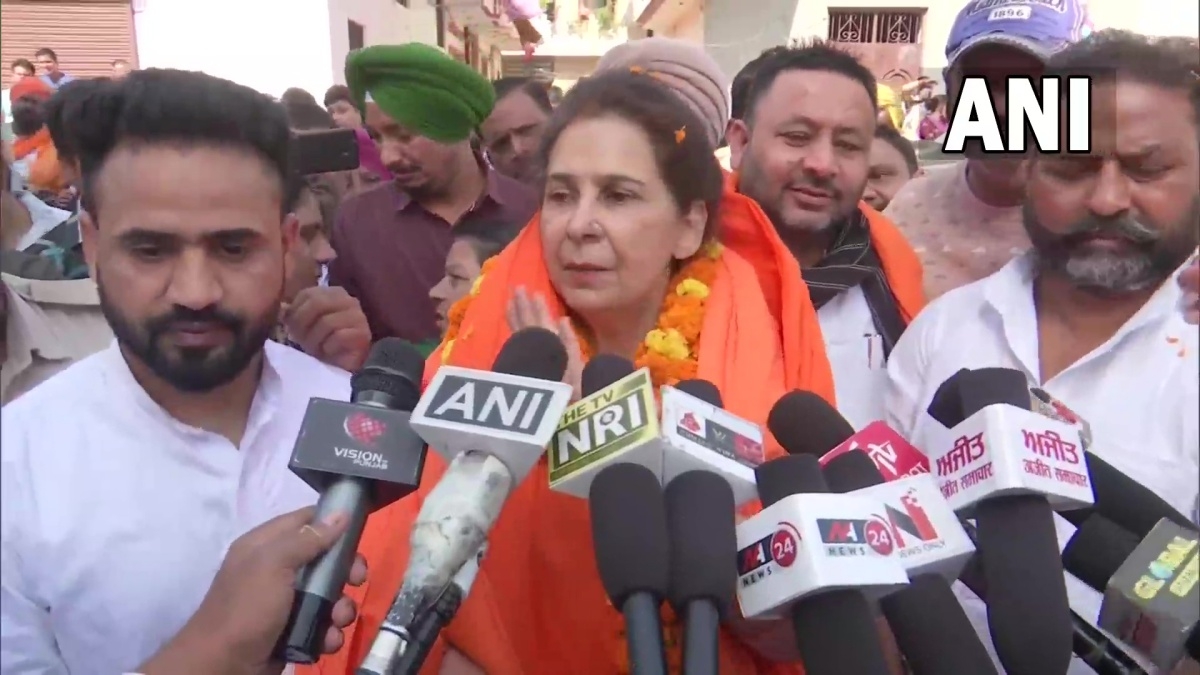 A few days ago former Punjab Chief Minister and senior Congress leader Captain Amarinder Singh announced of forming his own party, Navjot Kaur Sidhu reacting to the announcement on Tuesday said that it would've been best for him had he joined Shiromani Akali Dal (SAD).

Amarinder Singh, who had faced an unceremonious exit from the state government, has been under attack from several Congress leaders after he met Union Home Minister Amit Shah in Delhi last month.

Navjot Kaur Sidhu on his new party formation announcement said that no Congress MLA will leave with him saying if he gave any favour to anyone, they might join. "But people get attached to party,one man alone doesn't form party those attached to Congress won't go," she added.

Further slamming Captain she said he was given all freedom by the party but he didn't give power to any worker, never openly met any minister or MLA. "Who'll trust him? Kaur asked.

Don't think any Congress MLA will leave with him.If he gave any favour to anyone,they might. But people get attached to party,one man alone doesn't form party. Those attached to Congress won't go: Navjot K Sidhu, Congress on reports that Capt Amarinder Singh will launch new party pic.twitter.com/7rBi2pcdjy

Meanwhile, if reports are to be believed, Amarinder Singh could make an announcement about floating a new party on Wednesday. Singh has called a press conference in Chandigarh tomorrow, triggering speculations about his future move. He had hinted at floating a new party in Punjab ahead of the next year's Assembly polls and said that he could ally with the BJP if the ongoing farmers' issue is resolved.

Amarinder has maintained that Congress has damaged its own interests by not trusting him and giving the party into the hands of an 'unstable person' like Navjot Singh Sidhu. Notably, Amarinder and Sidhu were at loggerheads ever since the latter was divested of the local government and tourism portfolios.