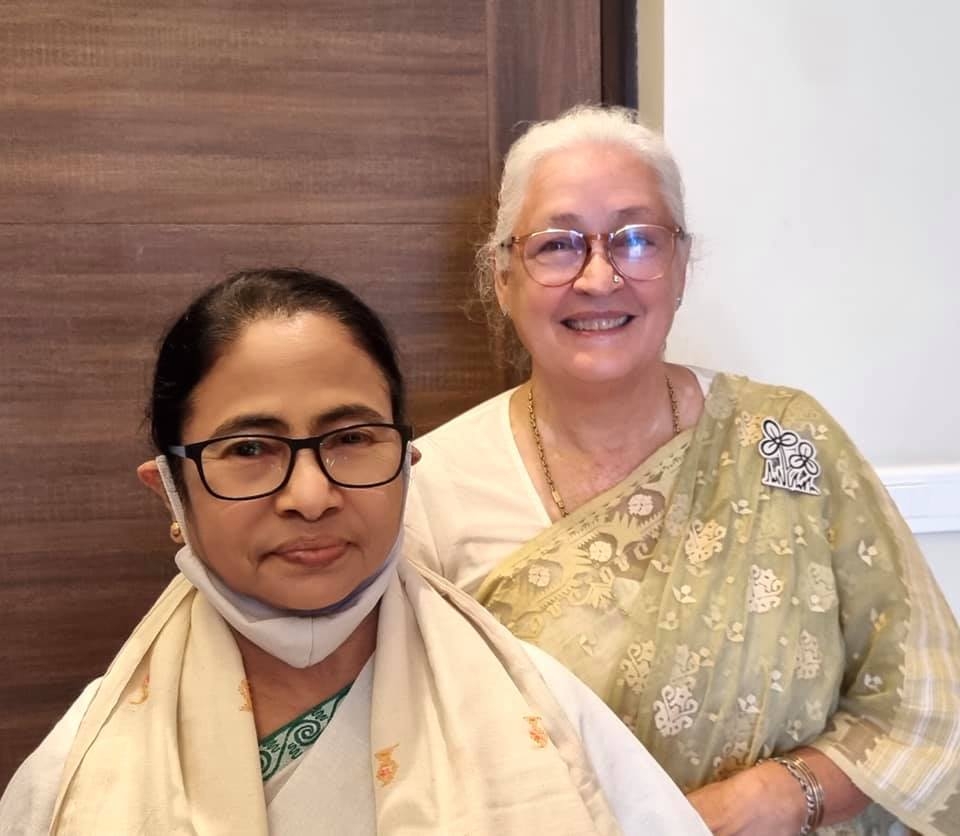 Bollywood actress Nafisa Ali, who is known for her performances in 'Life In A... Metro', 'Yamla Pagla Deewana', and several others movies, joined the Trinamool Congress (TMC) in Goa on Friday in presence of West Bengal Chief Minister and party supremo Mamata Banerjee. Along with Nafisa Ali, Goa-based entrepreneur Mrinalini Deshprabhu also joined the party.

"We are elated to share that Nafisa Ali and Mrinalini Deshprabhu have joined the Goa Trinamool Congress family today in the presence of our Hon'ble Chairperson @MamataOfficial. We wholeheartedly welcome both leaders!," tweeted TMC.

Welcoming Paes (48) during a press conference, Banerjee recalled meeting him when the Olympic bronze medal winner was a teenager. "I was the sports minister of the country when I (first) met him," she said. "I have got my younger brother and sweet and cute brother in the TMC," she added.

Paes told reporters that having retired from tennis, he wants to serve the people through the vehicle of politics to make a difference to country.

He said he had met Banerjee when he was 14 and she was the sports minister. "She was very encouraging and supportive. It enabled me as a young boy to embark on this game. "I have travelled the world for the last 30 years playing for the country. I have retired from tennis and would like to get the guidance from the powerful young lady (Banerjee)," he said.

Meanwhile, coming back to Nafisa Ali, the Bollywood actress had unsuccessfully contested the 2004 Lok Sabha elections from South Kolkata against Mamata Banerjee.

The actress, who won the Femina Miss India title in 1976 and was the second runner-up at the Miss International contest, contested the Lok Sabha election from Lucknow on the Samajwadi Party ticket in 2009. Later in the same, she rejoined the Congress party.

After she joined the TMC, Nafisa Ali took to Facebook and wrote: "After the phenomenal success of Trinamool Congress just now in Bengal, where TMC won with a handsome majority and ensured BJP’s defeat, even though PM Narendra Modi and HM Amit Shah tried everything in their power to defeat her … Mamta Banerjee is spearheading the National movement.

"Now that the Trinamool Congress has taken center stage for Goa in deciding to contest from all 40 seats… I hope the Goa sentiments will support the great tigress that she is. Strengthen Trinamool Congress and give it a voice of the people and by the people," she added.