'Dictatorship is at its peak': Chandrashekhar Azad on forcibly being sent to Delhi 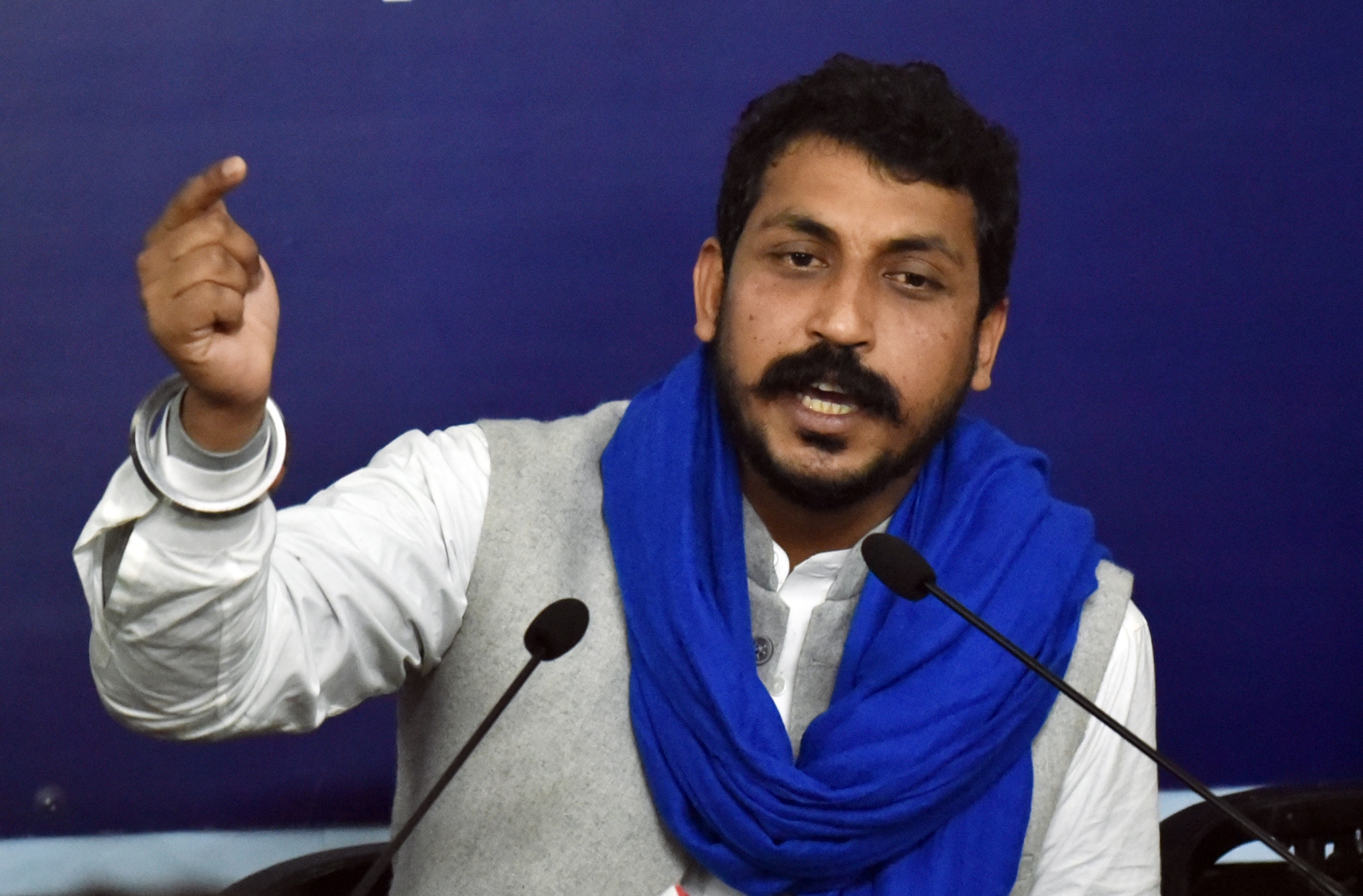 Bhim Army chief Chandrashekhar Azad, who was detained on Sunday by Hyderabad police while he was en route to address a public meeting against the Citizenship (Amendment) Act, tweeted on Monday saying that he was “being sent to Delhi”.

Azad tweeted in Hindi saying that, “Dictatorship is at its peak in Telangana. People’s right to protest is being snatched, first, our people were beaten with sticks, then I was arrested, now I have been brought to the airport and being sent back to Delhi. @TelanganaCMO Remember Bahujan society will never forget this insult. Will be back soon.”

The 33-year-old Bhim Army leader was in Hyderabad on Sunday was heading, to address a gathering on the Citizenship Amendment Act, National Register of Citizens and National Population Register, that is when he was arrested by the police. The Hyderabad police had said they had not granted permission for the programme to be held.

Azad was in Hyderabad to attend two meetings against the CAA, organised by alumni of Tata Institute of Social Sciences (TISS) and All India Dalit Muslim Adivasi Progressive Front (AIDMPAF).

Azad's detention came 10 days after his release on bail from Tihar Jail. He was arrested by Delhi police on December 20 on charges of inciting people during anti-CAA protest. He was held when he tried to take out a march from Jamia Masjid to Jantar Mantar.

The court also restrained Azad from visiting Delhi for four weeks and directed him not to hold any dharna till the elections in the national capital. The court also said that before going to Saharanpur if Azad wants to go anywhere, including Jama Masjid, in Delhi till 24 hours, police will escort him there.