There has been massive debate and discussion surrounding upcoming book Delhi Riots 2020, which aims to narrate a "fact and evidence-based story" about the violent clashes that took place in February this year in the national capital.

Amid widespread condemnation from several quarters, publishing house Bloomsbury India had dropped the book on the day it was supposed to be published. Soon however, the authors had secured a new publisher in the form of Garuda Prakashan and author Monika Arora had filed a criminal complaint against Bloomsbury India, AatishTaseer, William Dalrymple, Saket Gokhale, Arfa Khanum Sherwani, Nandini Sundar, The Quint and Saket Gokhale.

Arora alleged that they had hatched a criminal conspiracy to threaten, harm reputation of authors and book, and also accused them of the theft of copyright material and of hate speech. 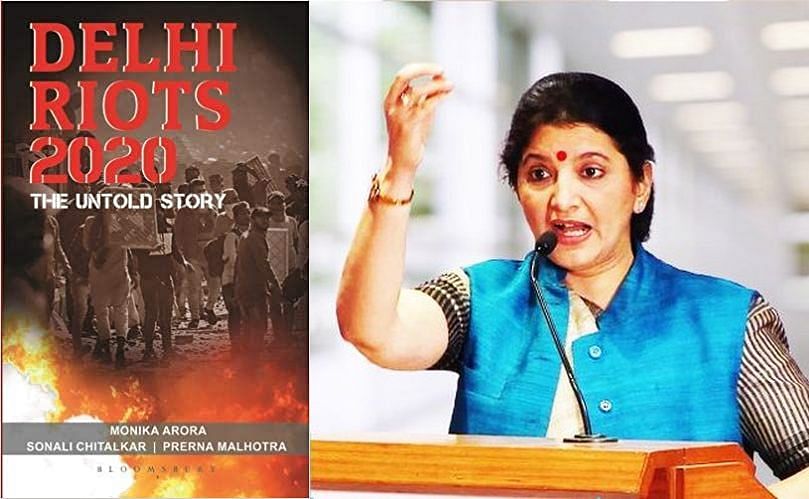 Reportedly, Sundar had served a “cease and desist” legal notice against the publishing house.

Now, on Thursday, the organisation wondered why the facts were "so challenging for them".

"There are powerful forces trying hard to block the release of Delhi Riots 2020. Why are the facts it reveals so challenging for them?" the publishing house quoted company CEO Sankrant Sanu as saying.

"Garuda Prakashan has a vision of bringing fact-based authentic content fearlessly. We will continue to do so, no matter how many challenges we have to face," it countered.

In the article quoted by the publishing house in its tweet, Sanu wonders on what basis the cease and desist notice had been sent. "The irony is that Garuda Prakashan has not yet released any copy of the book to the public. How did they obtain a copy of a book which is not yet released. What is the basis on which a cease and desist notice is being sent," he was quoted as asking. "Clearly the aim is harassment and intimidation of a small publisher."

"The ecosystem is powerful, with worldwide connections, funding. Practically all major media worldwide, publishing, continues to push a one-sided story which demonizes Hindus. And even in India these forces are so strong," he added in a tweet from his handle.

In related news, the book in question is slated to be shipped to readers from September 20. Earlier, at the end of August, the publishing house had said that it had received around 30000 bookings. This number is likely to have grown since then.