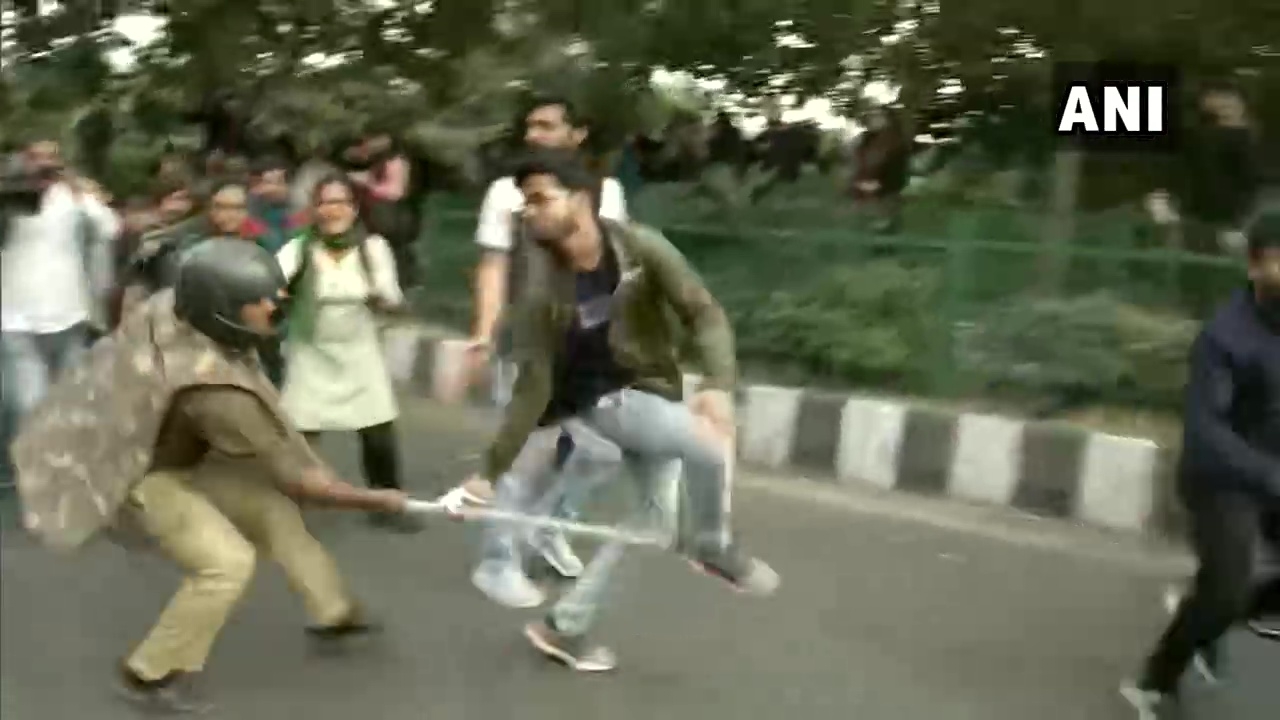 The students were marching towards the Rashtrapati Bhavan to meet the President over the issue.

Delhi: Police resorted to lathicharge after a clash with protesting Jawaharlal Nehru University (JNU) students, who were marching towards Rashtrapati Bhawan to meet President over fee hike issue. pic.twitter.com/H0iPeFWKnw

This is not the first such incident to make the news. In November, the Delhi police was accused of attacking a blind student who was part of the protest.

Pandey was a part of the human chain that was attacked by the Delhi police, police took him side and beat him up with their lathis, after which he had to be admitted to AIIMS trauma centre.

The police however deny this. Earlier in Novemver, following protests, the JNU Executive Committee announced a partial roll-back of the newly proposed hostel fee hike and other stipulations.

No change in mess and utility charges have however been announced in the new fees structure of JNU. The move has not appeased everyone and JNU students continue their protests.