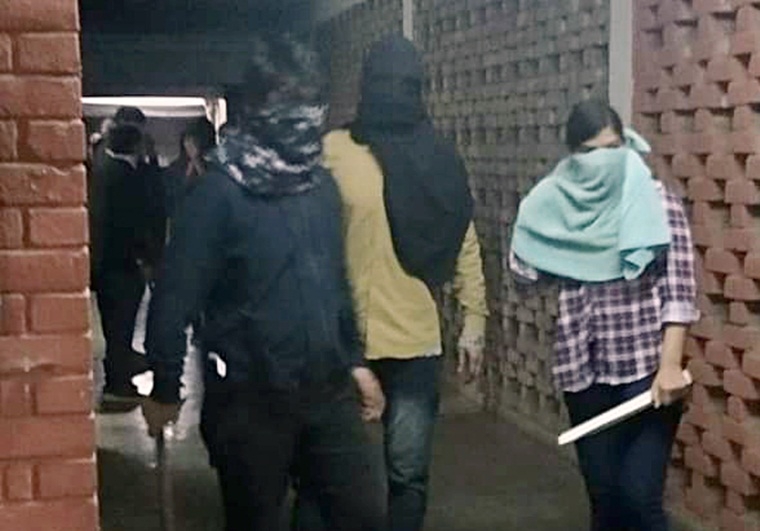 Three days after the JNU violence, the Delhi Police have identified some of the masked men who attacked students and teachers of the university.

Delhi Police have identified some of the masked men who attacked students and teachers in Delhi’s Jawaharlal Nehru University (JNU) on Sunday and vandalised public and private property, government sources told Hindustan Times on Wednesday.

The situation on the campus remained tense amid heavy police deployment even as several students continue to stay off-campus after the Sunday violence. Only students with valid identification card are being allowed inside the campus. JNU Vice Chancellor M Jagadesh Kumar, who met HRD Ministry officials on Wednesday over the recent violence on campus, said the university has not made any suggestions to temporarily shut the varsity and efforts are being made to restore normalcy. The Ministry officials also maintained that no such proposal has been received.

Violence broke out at the Jawaharlal Nehru University on Sunday night as a group of masked men armed with sticks attacked students and teachers and damaged property on the campus, prompting the administration to call in the police.

At least 35 people, including JNU Students' Union president Aishe Ghosh, were injured in the violence in the university. They were admitted to AIIMS Trauma Centre here and discharged on Monday. The Left-controlled JNUSU and the ABVP blamed each other for the violence that continued for nearly two hours. The ministry had on Sunday sought an immediate report from the registrar after the violence broke out on the campus and students and teachers were attacked.