In some quarters, Muralidhar’s undoing is seen to be the tearing hurry he had shown in presiding over a midnight court at his residence to give a hearing to an urgent petition on the riots.
FPJ News Service 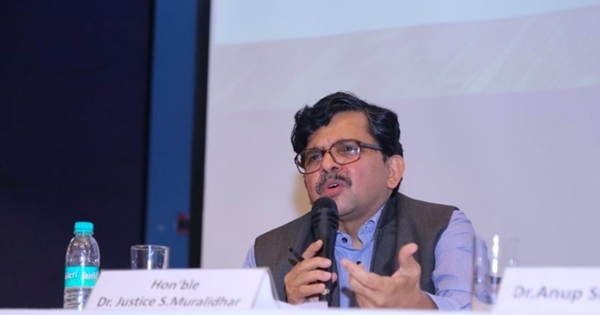 New Delhi: Justice Muralidhar, who had expressed his ‘anguish’ and ordered lodging of FIRs within 24 hours against BJP leaders for their hate speeches, has been given marching orders – to the Punjab and Haryana High Court in Chandigarh.Curiously, the Law Ministry did not even wait for the final orders in the Delhi riots case he was handling before notifying the transfer.

In some quarters, Muralidhar’s undoing is seen to be the tearing hurry he had shown in presiding over a midnight court at his residence to give a hearing to an urgent petition on the riots.

Again, by an uncanny coincidence, the Union Law Ministry issued the transfer notification at midnight. Nor was his convenience taken into account and he has been asked to take up the posting immediately. The judge visited the Delhi High Court at the start of the day, bade farewell to colleagues, noting that he was not even given the customary 14 days to join his new post.

Possibly, his observation in the court that he won’t allow a repeat of the 1984 anti-Sikhs riot situation under his watch did not go down well with the powers that be.

Incidentally, Dr Muralidhar, a PhD from DU, did not preside over the midnight court at his own bidding; instead he was asked to do so by Chief Justice Patel, who was not in Delhi that day.

Union Law Minister Ravi Shankar Prasad said the judge was transferred on the recommendation of the Supreme Court Collegium and accused the opposition party of politicising a routine transfer.

He added that a "well-settled process" was followed in the transfer. Prasad also asserted that Muralidhar's consent was obtained before his transfer.

However, Prasad omitted mentioning that the consent was not obtained by the government on Wednesday but by the Supreme Court collegium in February, before recommending his transfer.

The collegium had recommended his transfer on August 12, but even at that time lawyers were upset as he was being moved to the Punjab and Haryana High Court in the same capacity, instead of being elevated as a High Court Chief Justice.

The Delhi High Court Bar Association had boycotted the courts on February 20 in protest, noting that he was an outstanding judge of 13 years standing who was known to hold his ground.

He had also ruled against the government in several cases, it was pointed out.Originally from Chennai, where he practised as a lawyer from 1984 to 1987, Justice Muralidhar shifted to Delhi to practice in the Supreme Court and Delhi High Court.

He was active as a lawyer on the Supreme Court legal services committee and also served as its member for two terms.He was appointed an amicus curie by the Apex Court in several PILs and in cases of convicts on the death row.

His pro bono work included the cases of the victims of the Bhopal Gas disaster and those displaced by the dams on the Narmada.Continuing his attack on the opposition party, Prasad said the people of India have rejected the Congress and "hence it is hell bent on destroying the very institutions India cherishes by constantly attacking them".

The Congress party has said the "midnight" notification was "shameful." It alleged that the transfer was aimed at shielding BJP leaders in the riots case.