Fernandez had requested bail on the grounds that her custody was unnecessary because the investigation was completed and the charge sheet had been filed.

Delhi: A Delhi court on Tuesday granted bail to actor Jacqueline Fernandez in a Rs 200 crore money laundering case involving conman Sukesh Chandrashekar. Special Judge Shailendra Malik granted the relief on a personal bond of Rs 50,000 and one surety of like amount.

The ED's earlier charge sheet and supplementary charge sheet did not mention her as an accused. The documents, however, had mentioned the details of the statements recorded by Fernandez and fellow actor Nora Fatehi.

She requested bail on these grounds

Fernandez had requested bail on the grounds that her custody was unnecessary because the investigation was completed and the charge sheet had been filed.

On September 26, the court granted her interim bail on a 50,000 personal bond.

The court accepted the supplemental charge sheet filed by the Enforcement Directorate (ED) on August 31 and ordered Fernandez to appear in court.

On August 17, 2022, a supplementary chargesheet filed by the ED in the Rs 200 crore extortion case against conman Sukesh Chandrashekar in a Delhi Court mentioned Jacqueline as an accused. The agency had mentioned how the actress not only enjoyed the gifts showerde upon her by the conman but also passed them on to her family in Sri Lanka.

Jacqueline was reportedly in a relationship with Sukesh and the latter said in a letter earlier that the gifts were only tokens of love and not proceeds of the scam. 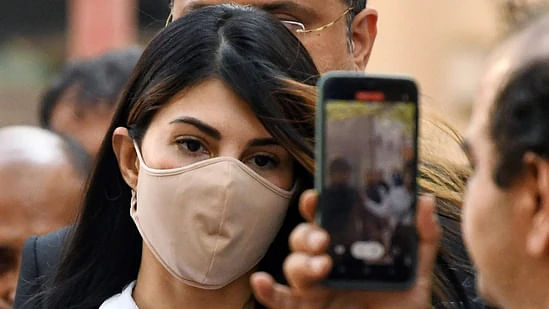