Ahead of by-elections in Delhi, Durgesh Pathak was on Saturday fieled by the Aam Aadmi Party (AAP) from Rajinder Nagar. AAP leader Sanjay Singh at a press conference made the announcement and challenged the BJP for elections.

"Come, face him. Durgesh Pathak will be the candidate from Rajinder Nagar for the upcoming bye-polls," Sanjay Singh said.

Polling foe Delhi bye-elections will be held on June 23 and counting of votes will take place on June 26.

"I want to tell Adesh Gupta (BJP Delhi chief) that AAP's MCD in-charge Durgesh Pathak is in Rajinder Nagar. Come, face him. Durgesh Pathak will be the candidate from Rajinder Nagar (for the upcoming bye-polls)," said AAP leader Sanjay Singh at a press conference pic.twitter.com/eoyZc3IPvE

The bypoll was necessitated after AAP’s Raghav Chadha resigned from the Delhi Assembly after he was elected to the Rajya Sabha from Punjab.

Meanwhile, the BJP started its preparation for the bypoll on its foundation day on April 6 with a roadshow of BJP chief J.P. Nadda.

The party workers started a door to door campaign under the leadership of Assembly in-charge Ajay Mahawar. The BJP workers are also holding corner meetings of five to seven people over tea and explaining to them about the development agenda and vision for Delhi and Rajinder Nagar. 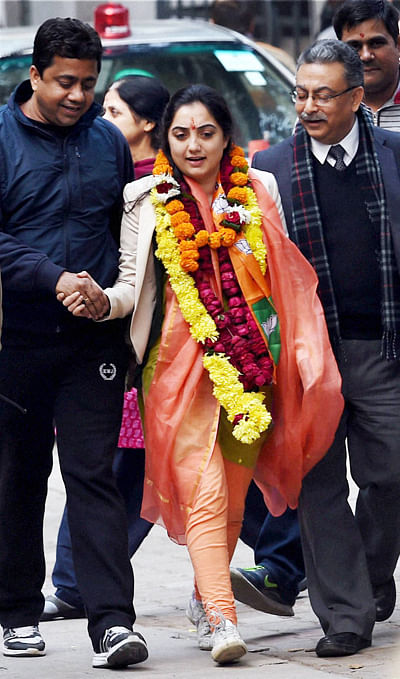