Defence Expo 2020: UP first state to use 19-seater Dornier for commercial flights

Hyderabad-based startup is biggest investor with Rs 38K-cr project, DRDO to set up R&D lab in UP
Kanchan Srivastava 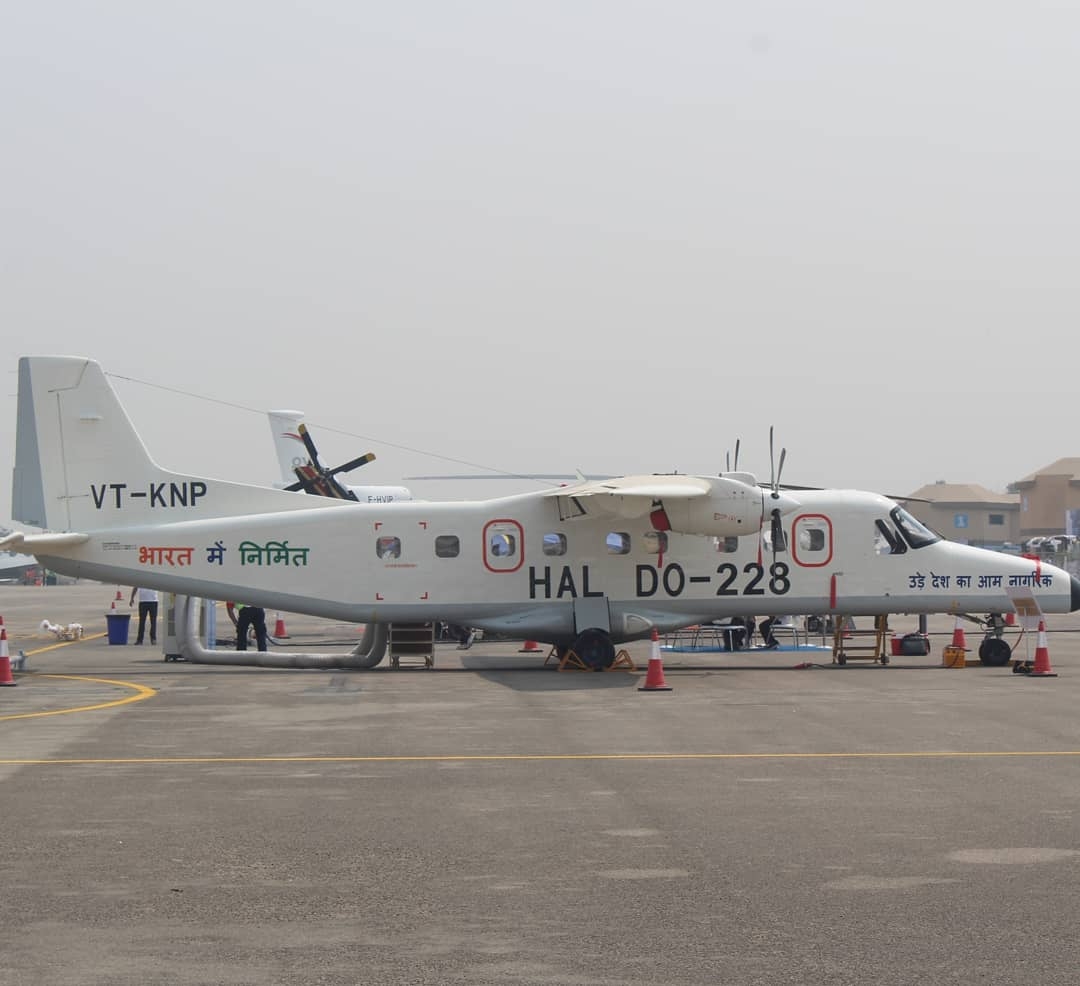 Lucknow: Uttar Pradesh is going to be the first state to use Hindustan Aeronautical Limited manufactured Dornier aircraft to ferry passengers to small cities. The 19-seater Dornier is currently being used by the Indian Airforce and Coast Guard. “The commercial flights of indigenous Dornier will start this year to connect the state capital Lucknow with Varanasi, Agra, Bareilly and Jhansi among others,” Uttar Pradesh Chief Minister Yogi Adityanath said on Friday speaking to mediapersons at the Defence Expo2020 which is being held in Lucknow 5-9 February.

State has signed an MoU with HAL for two 19-seater Dornier aircraft for commercial purpose on the sidelines of the Defence Expo 2020.

During the Expo, over 200 MoUs were signed. Among them 23 MoUs are exclusively for UP Defence corridor, one of the two defence corridors in India spread across Chitrakoot, Jhansi, Kanpur, Lucknow, Agra and Aligarh. An eight-year-old Hyderabad-based start-up “Titan Aviation and Aerospace Limited” has come up as the biggest investor. The company, in collaboration with multiple Ukranian companies and a US partner, has proposed Rs38,000 crore project in Jhansi. So far, the company has been in the aviation training only.

Director of the company Dinesh Kumar tells FPJ, “The Jhansi project would have three verticals-first is Skill training, pilot training and leasing of choppers for offshore activities; the second phase would be manufacturing and maintenance facility for aircrafts; third one is production of drones, bullet-proof vests, armoured vehicles etc.”

Up on asking why the company has chosen UP instead of its parent State Telangana, Kumar says, “Telangana doesn't support startups for such a big project.” The 23 proposed projects are likely to bring Rs50,000 crore investment in the state. Yogi said, “Even if 50 percent of the MoUs get materialised, over 2.5 lakh jobs would be created.”

“These projects will require 5,000 acres land which has already been acquired. We have got 12,500 acres of land bank for industrial development. The Defence corridor is being developed with an objective of promoting indigenisation and supporting the `Make in India` initiative towards fulfilling equipment requirements worth over $250 billion by 2025,” said Yogi.

He adds that technology transfer and DRDO patents are being made available at no cost to companies in order to further the defence ecosystem in the country.

Over 200 partnerships including Transfer of Technology were inked at ceremony tilted “Bandhan”. Defence Minister Rajnath Singh, who presided over the signing ceremony, described the signing of MoUs as a step in the direction to achieve Prime Minister's $5 billion defence exports target in next 5 years.