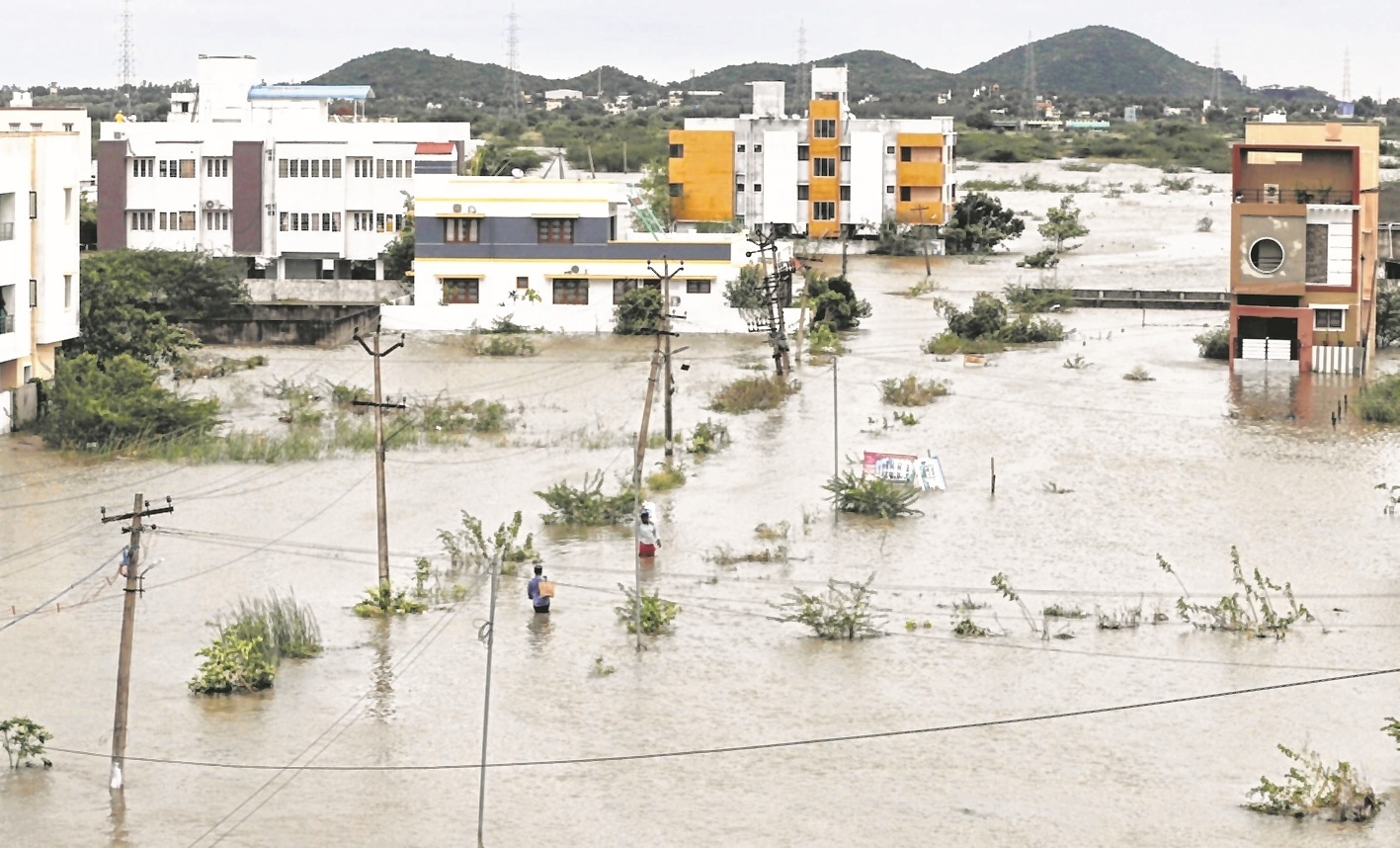 Chennai: Cyclone Nivar, the third cyclone to make landfall in the country this year, claimed three lives in Tamil Nadu. Fortunately, it spared the state and its people of extensive damage.

The cyclone, which made landfall at Marakkanam in north Tamil Nadu between Puducherry and Chennai, from late Wednesday night to the wee hours of Thursday, had affected crops cultivated in about 1,618 hectares of land. The damage was far minimal compared to the devastation caused by Cyclone Gaja two years ago, which ravaged the delta districts much to the relief of the government machinery and the people.

The heavy rains had uprooted trees – about 1,000 according to preliminary estimates – damaged electricity poles and led to waterlogging in Chennai, Cuddalore and other coastal districts and the neighbouring Union Territory of Puducherry.

“Proactive measures taken by the state government soon after the cyclone advisory from the India Meteorological Department has ensured that the damage has been minimised,” Tamil Nadu Chief Minister Edappadi K Palaniswami told journalists after inspecting the damages in Cuddalore district.

Officials said that over 2.27 lakh people living in low-lying areas and affected localities were moved to more than 3,000 relief camps across Tamil Nadu. The cattle loss was put at 102 while about a 100 tiled houses and 500 huts were damaged as per early estimates.

Meanwhile, the Meteorological Department said the cyclone is likely to move northwestwards and weaken as a low-pressure area by November 27.

The IMD said the cyclone, which crossed Tamil Nadu coast as a very severe cyclonic storm, at a wind speed of 120 kmph and rain-filled, has moved inland and would gradually weaken by Friday. However, a fresh low-pressure area is likely to form over central parts of the south Bay of Bengal around November 29. It is likely to move westwards and has the potential to become a cyclonic storm and impact south Tamil Nadu.