The statue, which was inaugurated on Tuesday, with the aim of inspiring youngsters to emulate the maestro, triggered black flag protests at the site, with protesters accusing the state authorities of neglecting local football legends like Arjuna award winner and former India football team captain Bruno Coutinho, who also hails from Calangute.
IANS 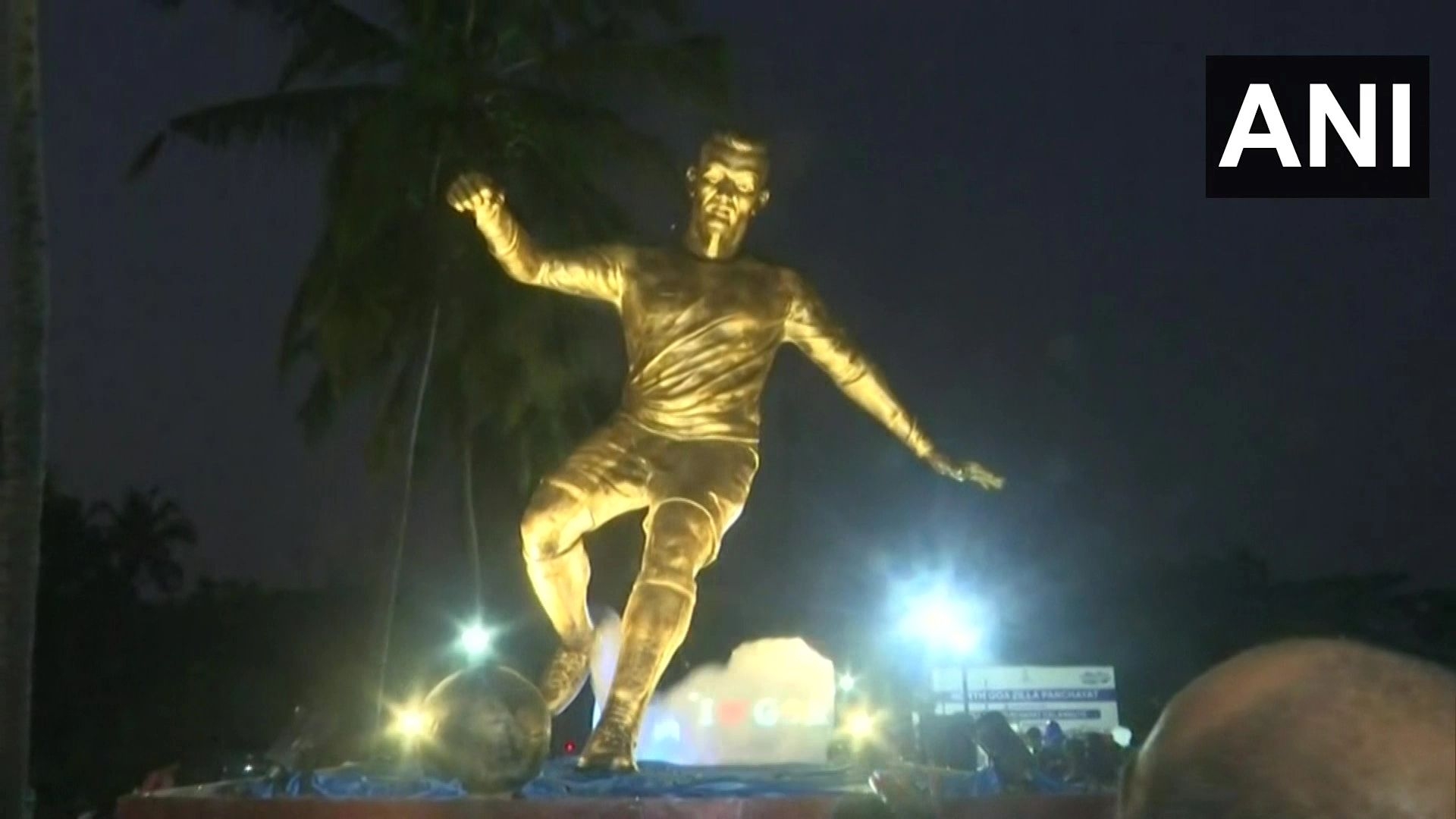 Panaji: A large brass statue of Cristiano Ronaldo which was unveiled at a park in Goa's beach village of Calangute, has created a stir in the coastal state over the footballer's Portuguese linkage.

The statue, which was inaugurated on Tuesday, with the aim of inspiring youngsters to emulate the maestro, triggered black flag protests at the site, with protesters accusing the state authorities of neglecting local football legends like Arjuna award winner and former India football team captain Bruno Coutinho, who also hails from Calangute.

However, according to local BJP MLA and Ports Minister, Michael Lobo, the plan to install the 410-415 kg brass statue, depicting the living legend in action, has been in the offing for the last two years.

"This is the first statue of Cristiano Ronaldo in India. This is nothing but to inspire our youth. If you want to take football to the another level, then this is what will inspire boys and girls by looking at him, taking selfies with him.

Lobo added that despite India's vast population, the country's football team could not beat even the small nations and that players who have brought laurels for Goa and India should be given proper coaching facilities in every Goan village.

"People who come to the Cristiano Ronaldo park will be inspired to become like him and play for Goa and India... We want to inspire Calangute, Candolim and the coastal belt villages first, then the rest of India," he said.

Meanwhile, owner of popular nightclub, Titos in Calangute, Ricardo D'Souza, has said that statues of local football icons like Bruno Coutinho and Samir Naik should have been installed instead.

"Very disappointed to hear of the statue of Ronaldo being erected. Learn to take pride in our own icons like Samir Naik and Bruno Coutinho," he said.

At the unveiling ceremony, some right-wing demonstrators also alleged that erecting a statue of Ronaldo, a Portuguese national, was an insult to Goa, especially when the state is celebrating its 60th anniversary of liberation from Portuguese rule which spanned 451 years.

"To erect a statue of a Portuguese footballer this year is sacrilegious. We condemn this. There are many freedom fighters in Goa who have been insulted. If Lobo wanted to erect 'footballers statues, he should have erected Bruno Coutinho's statue," right-wing activist Guru Shirodkar said.

Reacting to his allegations, Lobo said: "There are few people who are opposing this. Looks like they hate football. Football belongs to everyone. It is not divided by religion or caste but still they are opposing with black flags. Their minds are black. One cannot argue with people who have black minds." 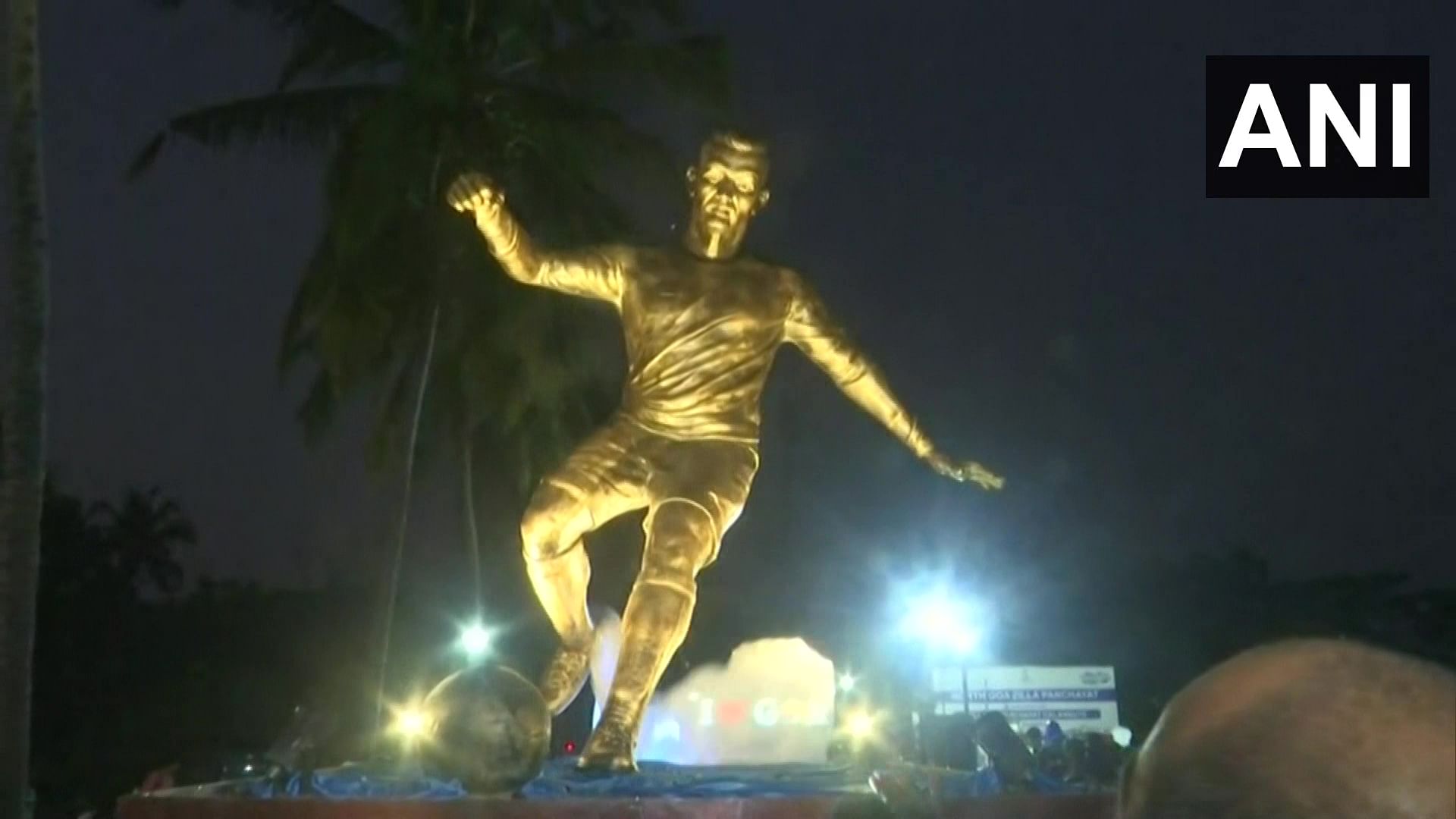