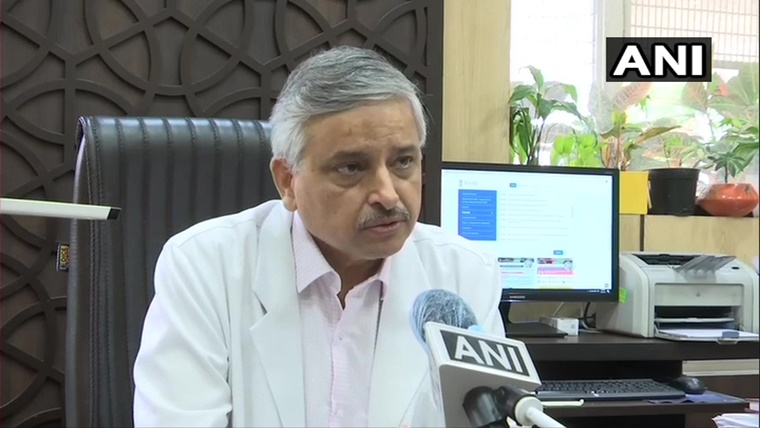 We can think of booster doses of the COVID-19 vaccine sometime next year, depending on how long the first two doses protect against hospitalisation and death, Dr Randeep Guleria, chief of Delhi's All India Institute of Medical Sciences (AIIMS) said, according to a report by NDTV.

Guleria said the final decision on boosters - a timeline for which is in the works - would have to be based on time (length of protection from the coronavirus) rather than the presence of antibodies.

"We don't have a definite answer, yet, on a timeline for boosters. We can't decide to give booster shots based on antibodies... it has to be based on time - i.e., how long has it been since you got the second dose. Normally after a year we can start looking at booster shots," he said.

"But we need more data... in the UK we are seeing increased cases but not increased hospitalisation or deaths. UK started vaccination in December (a month before India) and if we're not seeing greater hospitalisation then that means doses given in December seem to be holding out... if we keep that in mind we are still in a safe zone. But if the virus mutates (this decreases immunity) then sooner or later boosters must happen," Dr Guleria explained.

"Don't think there is a clear-cut plan now... talks are going on. I would think sometime next year is when we will look at boosters. We will first focus on more vulnerable sections - those with comorbidities and the elderly because they are at greater risk of severe Covid," Dr Guleria told NDTV.

More than 75 per cent of India's adult population has received at least one dose of COVID-19 vaccine, with nine states and union territories administering the first dose to all eligible people. More than 31 per cent of the country's around 93 crore adults have been administered both the doses, according to Union Health Ministry officials.

According to data from the Co-WIN portal, over 70 crore vaccine doses were administered as the first dose and over 29 crore as the second dose.

So far, all adult people in nine states and union territories -- Andaman and Nicobar Islands, Chandigarh, Goa, Himachal Pradesh, Jammu and Kashmir, Lakshadweep, Sikkim, Uttarakhand and Dadra and Nagar Haveli -- have received at least one dose of the vaccine.

The five states which have administered the highest number of doses are Uttar Pradesh, Maharashtra, West Bengal, Gujarat and Madhya Pradesh.

Prime Minister Narendra Modi on Friday described India's COVID-19 vaccination drive as a journey from "anxiety to assurance" that has made the country emerge stronger, and credited its success to people's trust in the vaccines despite "various efforts to create mistrust and panic".